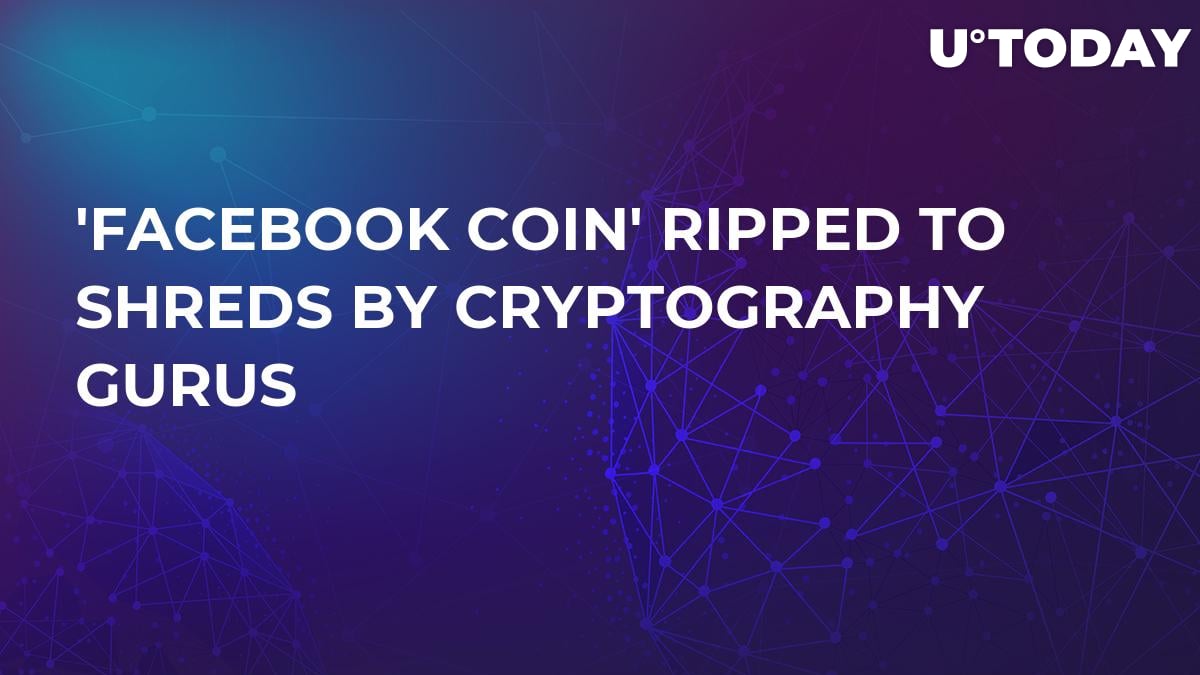 During this year’s RSA conference, which one of the most important is cryptography events in the world Approximately 45,000 IT security specialists, cryptographers and other pundits gathered to discuss AI, Blockchain, and other disruptive technologies. However, it seems like none of these experts liked ‘Facebook Coin’, which has been already dubbed ‘Bitcoin killer.’

The laughing stock of the event

American cryptographer Paul Kocher claimed that Blockchain makes all things ‘trickier.’ He mentioned Facebook Coin with privacy issues would be a great addition to Bitcoin with its theft mitigation, and the audience burst out laughing. Obviously, no one took the ambitious project seriously.

Mashable claims that Kocher later doubled down on his criticism, claiming that users shouldn’t buy Facebook’s promises about its new cryptocurrency. Notably, he’s also not a fan of Bitcoin given that the flagship cryptocurrency failed to protect its owners from thefts.

It still could be a game changer

While we cannot dismiss the words of the cryptographer who co-discovered Spectre, it’s still very likely that Facebook Coin could be an ultimate game-changer in the cryptocurrency space. As reported earlier by U.Today, the stablecoin, whose rollout is allegedly planned for the first half of 2019, will be integrated into Instagram, WhatsApp, and Facebook Messenger. The total monthly audience of these apps reaches 2.7 bln users. You do the math.