US SEC Collects $50,000 Fine from Crypto Fund, Shuts Company Down 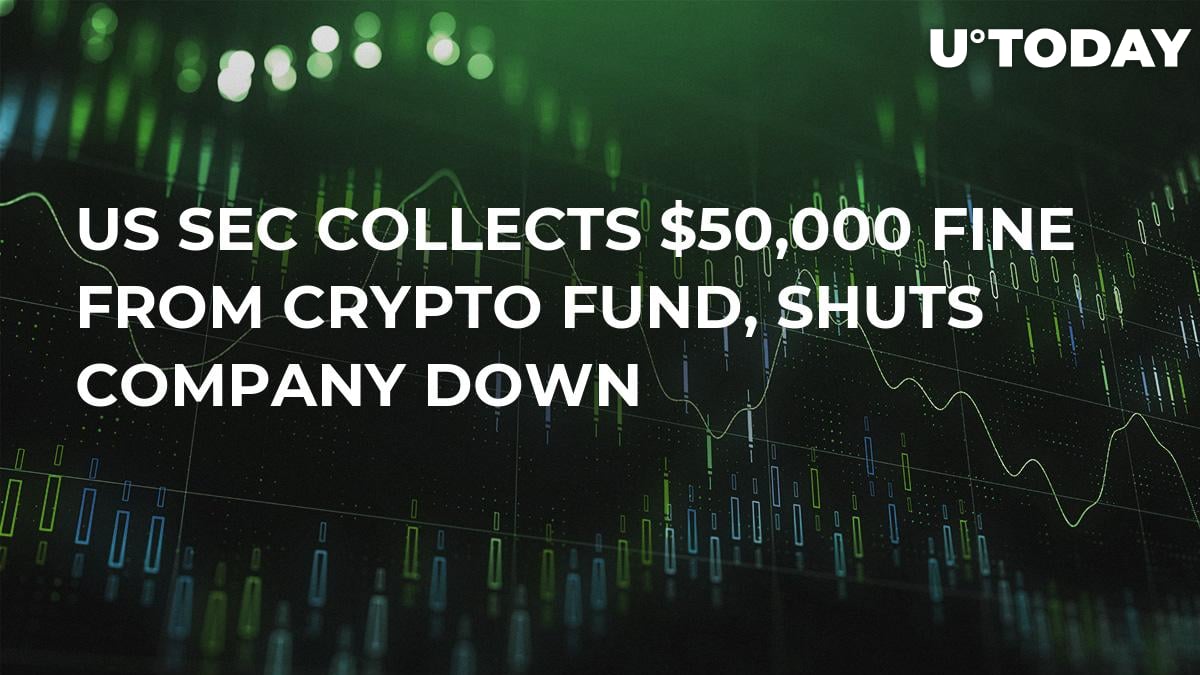 On Friday, the US SEC issued an order against CoinAlpha Advisors LLC, requesting it to pay a fine of $50,000 for an unregistered sale of securities.

CoinAlpha crypto management fund was founded in autumn last year. The creators intended to raise money for investing into virtual coins. The attracted investors brought in over $600,000.

CoinAlpha submitted the necessary document for exempt offering of securities. However, the SEC claims that the firm was not only ineligible for an exemption but had not done any registration with the regulator at all. Therefore, as per the SEC’s order, the investors who bought the securities had violated the law because of the company.

Also, the regulator states that the crypto management fund had not conducted proper KYC measures to see that all of the participating investors had accreditation, despite the fact that the firm, reportedly, did pay a third-party company to make sure their accreditation status was valid when the SEC first reached out to CoinAlpha.

Related
Santiment Agency Calls USDT Best Stablecoin, Warning It May Be in for Trouble in Future

The firm refunds the investors

In the published order, the SEC points out that the CoinAlpha company made a refund to the investors and compensated all the fees after the regulator got in touch with it. There were 22 investors who altogether brought in slightly over $600,000.

Apart from the compensations the company made, the agency also made it pay a fine of $50,000. The company, reportedly, neither denies or agrees to the accusations of the SEC.

A short while ago, the SEC had similar cases when it had to implement punitive measures to crypto companies. Among them were Airfox and Paragon startups, as well as EtherDelta.

All those companies were proven to have breached laws on securities. However, the SEC noted that they cooperated after being contacted, so the regulator’s penalty on each of them was rather mild.