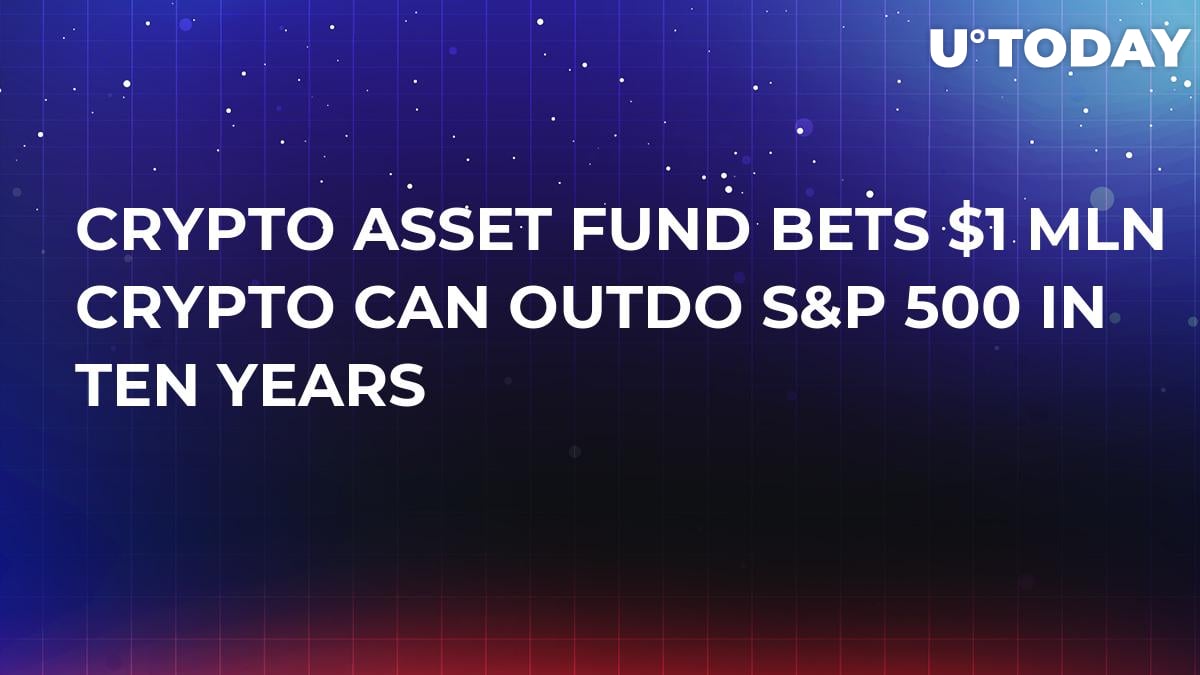 The Morgan Creek Digital crypto fund decided to make a bet similar to the one entered by Warren Buffett and Ted Seides, an investment manager. Buffett made a wager that an S&P 500 index fund would do way better than hedge funds can do if one chose them to make an investment.

Warren Buffett became the winner earlier this year. Now the crypto management fund mentioned above, headed by Anthony Pompliano, is following the steps of the world-famous investor.

Betting on the crypto horse

Buffett’s negative attitude towards crypto assets is widely known. He once said that virtual coins would end up badly, calling Bitcoin the most negative names possible. For the time being, the man’s hunch seems to be right – this year BTC has lost more than 70 percent of its value, making altcoins drop even further on the market.

However, that does not seem to discourage the founder of Morgan Creek Digital Anthony Pompliano, who is willing to wager $1 mln from his company’s funds if any other investor/banker, etc, accepts the challenge and wins.

Pompliano claims that for the past 10 years, Bitcoin and other digital coins have been outperforming all other types of traditional assets. He believes that BTC and co. have already outperformed the S&P 500 and the situation will continue for at least 10 years longer.

Related
Bitcoin's True Stress Test Is Yet to Come

The entity headed by Pompliano is an affiliate of the Morgan Creek Capital Management fund (which has $1.5 bln in management) and this affiliate was open to work particularly with crypto. The company will choose one investor from all the applicants who will agree to take the challenge and make a bet.

The fund that is making the bet works with crypto assets, among them BTC, BCH, LTC, EOS and ETH.

The bet is that virtual coins will show a better financial result than the S&P 500 index within 10 years starting from January 1, 2019.

The situation may well repeat Buffett’s story. On Wednesday, Bloomberg’s technical analyst predicted the continuation of the red market in the near term. Buffett was in a similar situation after he made his bet when during the crisis of 2008-2009 the value of the S&P 500 plummeted but eventually, in the long run, he did win.