The Top Crypto Dozen by Year of Formation

Alexander Goborov
If you ever wondered whether being the first meant staying ahead of rivals, this crypto list should offer some insight 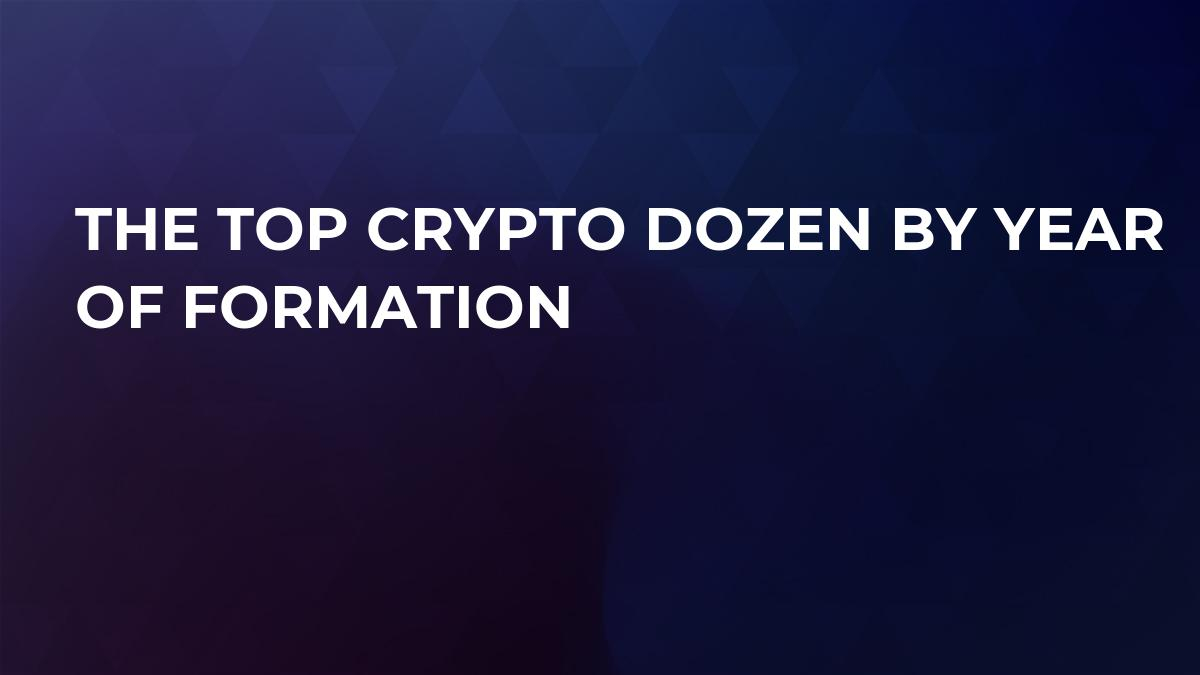 We have previously brought you a fair bit of statistics, from popularity trends to age categories of Bitcoin owners. But now, why not take a step back and look at the bigger picture, as it were. ICOs come and go, prices drop and skyrocket, but who is actually leading the market? Or, more interestingly, how long have they been doing so?

Below is our latest list that offers a brief crypto history from the start of the Blockchain movement up until now: 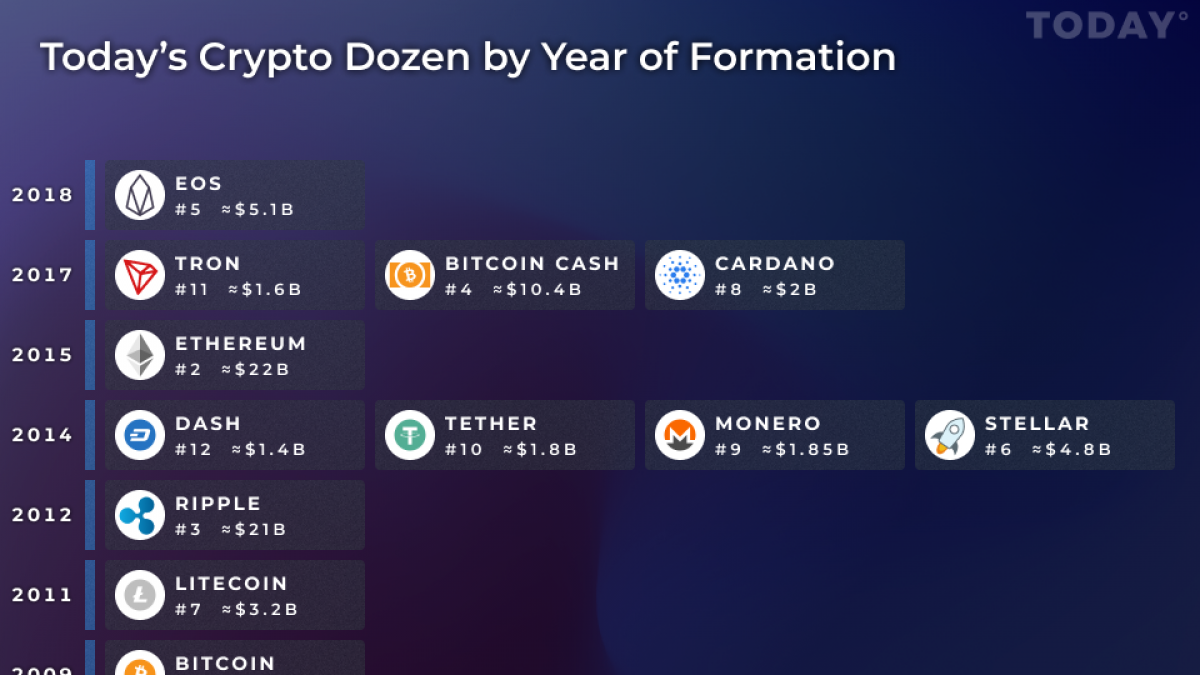 2008: The actual, seemingly invisible starting point, the global financial crisis. Huge banking corporations, among them Lehman Brothers and Goldman Sachs, go bankrupt. To many, this is the glaring signal that the centralized system is failing.

2009: The crypto pioneer Bitcoin gets launched by the mystery man Satoshi Nakamoto and later adopted as the currency of choice by the infamous Silk Road. Today, with the market cap of around 111.7 billion US dollars, it is the current leader, as well as the most valued altcoin on the market (around 6 500 USD a pop).

2011: Litecoin gets launched by Charlie Lee, a former Google employee. Though the second to be featured on our list (and of very similar fintech specifications to Bitcoin), it is, actually, currently occupying the seventh position by market cap with around 3.2 billion USD.

2012: Ripple, or XRP as it is known to many, gets launched. Despite the low price of around 50 US cents per coin, Ripple is both the third one to be mentioned in our list and concurrently the third one by market cap with roughly 21 billion USD. Note that XRP cannot be mined.

2014: Dash (first called XCoin, then Darkcoin, finally getting its present name in 2015), Monero, Stellar, and Tether get launched, who are currently occupying positions twelve with 1.4 billion USD, nine with 1.85 billion USD, six with 4.8 billion USD, and ten with 1.8 billion USD respectively. The fact that four of the leading companies appear in the aftermath of the 2013 Bitcoin bubble (that continued well into 2014) is surely no coincidence.

2015: Ethereum gets launched by the Russian-Canadian programmer Vitalik Buterin. In spite of formally entering the market comparatively late in the game, six years after Bitcoin, the Ethereum platform with its native coin, Ether, is in second place by market cap today with around 22 billion USD, slightly ahead of Ripple (with just around 800 million USD in excess). Ethereum futures are said to be on the way shortly.

2017: Bitcoin Cash (through the hard fork split with Bitcoin), Cardano, and TRON get launched, who are presently occupying positions four with over 10 billion USD, eight with roughly 2 billion USD, and eleven with 1.6 billion USD respectively. Once again, the fact that we have yet another three major players that emerged out of yet another crypto bubble (with Bitcoin’s price approaching 20 000 USD in December) does not look like a coincidence either.

2018: EOS gets launched. Being the latest newcomer, it is already at the very respectable number five by market cap with just over 5 billion USD. However, very recently, EOS got accused by the Ethereum-funded research companies, ConsenSys and Whiteblock, of not being a Blockchain company and instead being a cloud-like service. This could potentially affect EOS’s global standing, but the full outcome of this scandal still remains to be seen.

We hope you found our list helpful. Stay tuned for more.