Alexander Goborov
Major cryptocurrencies are seemingly less fashionable on Google and Telegram, but that might just indicate a hidden rise in popularity for the other crypto players 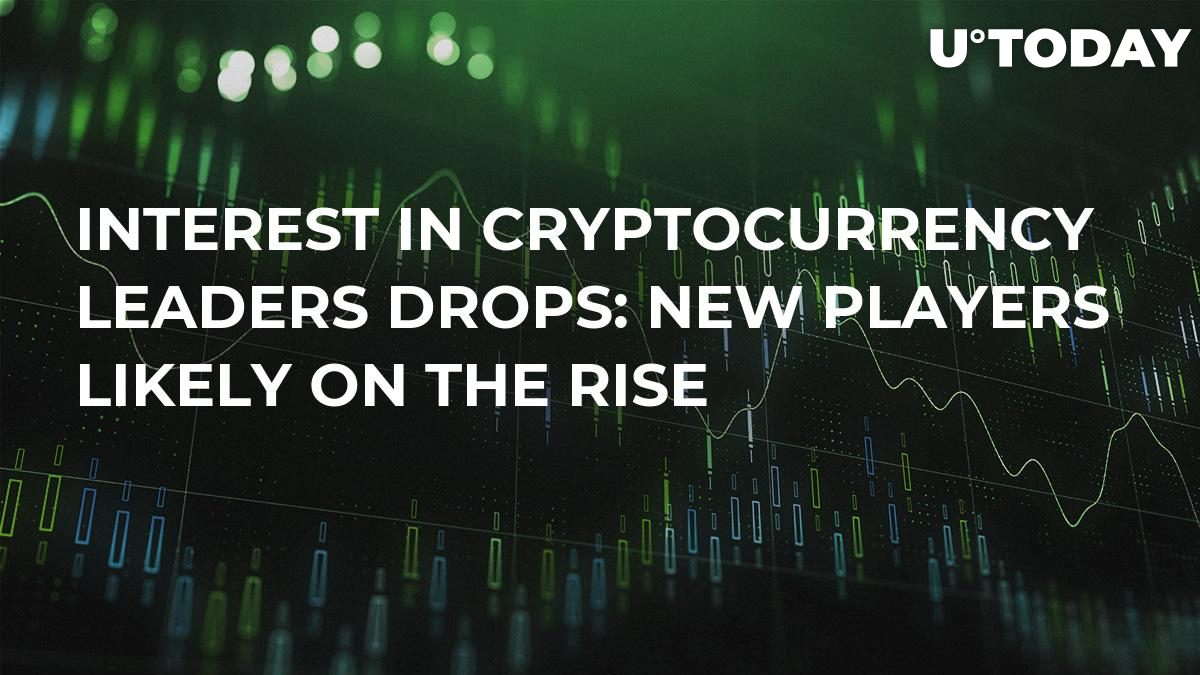 Many crypto proponents argue that cryptocurrency is here to stay. On the contrary, some critics claim that cryptocurrency is a has-been of the financial world and on the way out. Whichever side of the fence you happen to be sitting on, there is no doubt that since the December 2017 crypto bubble, during which Bitcoin reached the record high of almost $20 000 USD, all major cryptocurrencies, Bitcoin included, have been dwindling in value. 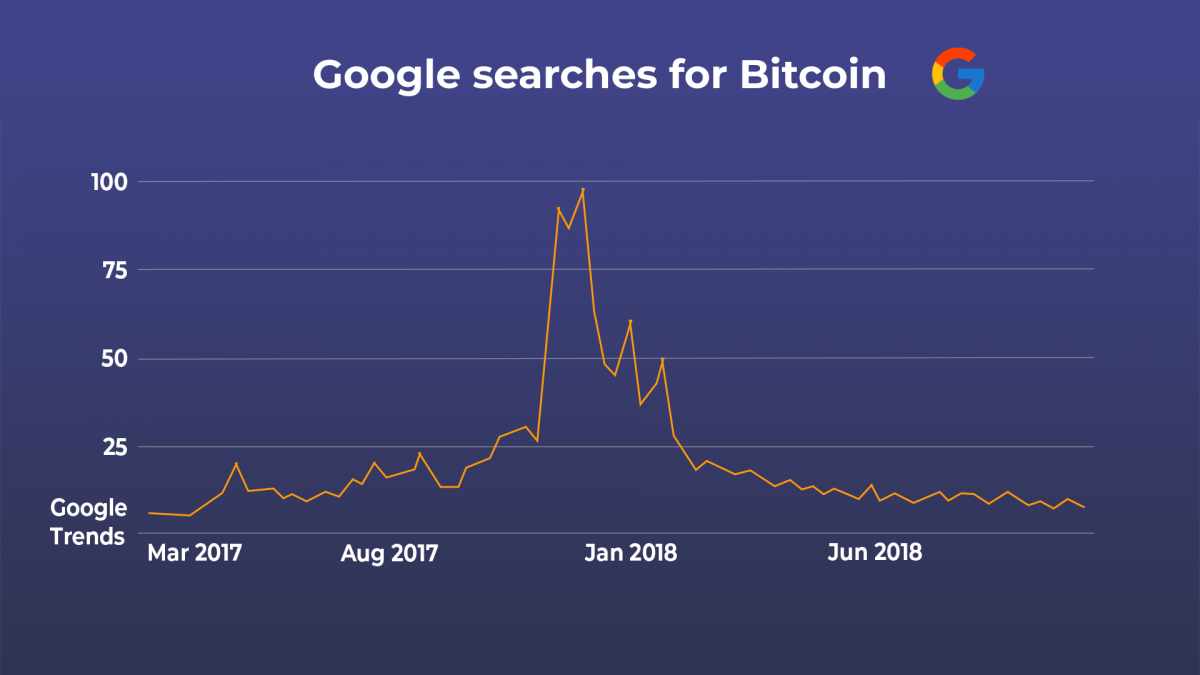 Concurrently, as the graph above illustrates, the crypto market’s indisputable leader both by market cap and unit price (standing at almost 6500 USD), Bitcoin, has seen a dramatic decline in its searches on Google. Having come down sharply in the winter of this year after last year’s bubble, the search figure continued to fall relative to the previous months, as measured by Google Trends, gradually declining even further, first in the summer and subsequently in the autumn. At present, Bitcoin’s popularity wave appears to have reached its trough. 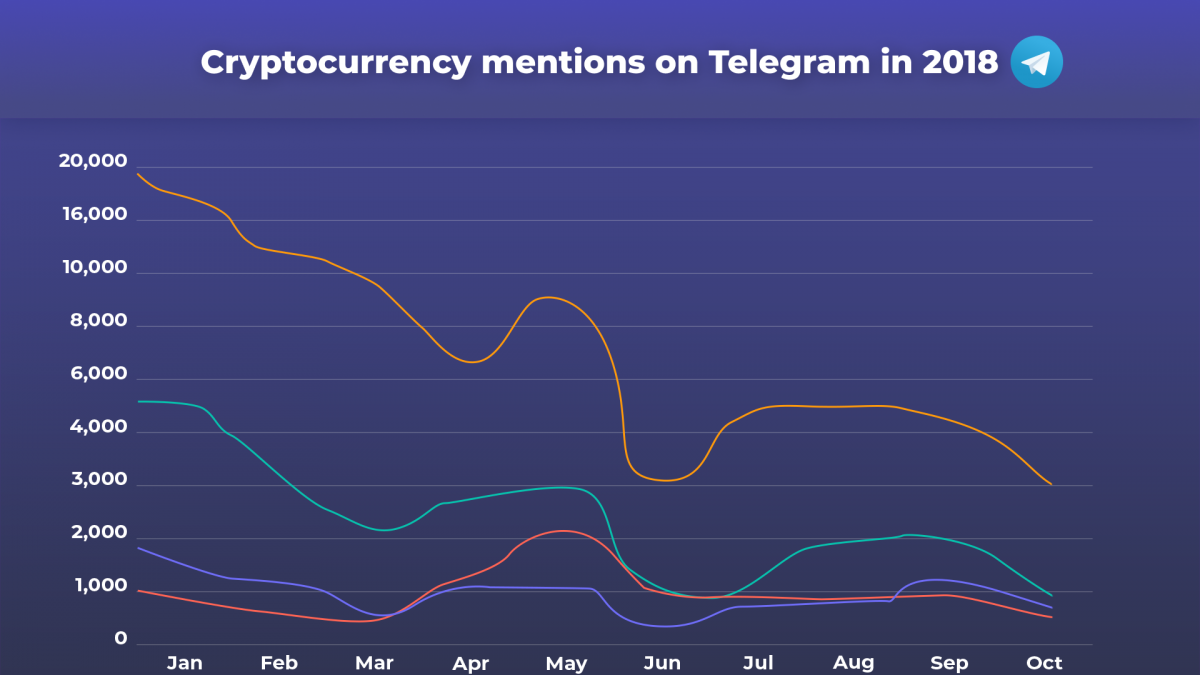 Nevertheless, this apparently negative trajectory might not necessarily be indicative of a general disinterest in cryptocurrency, but rather of a move away from the unipolar dominance of the major crypto players. In other words, we may be experiencing a period of rapid expansion of the crypto market, in which complexification is not a vertical one, but rather a horizontal one, i.e. an across the board cryptocurrency diversification.

In terms of this year’s Telegram mentions, there could be yet another, less obvious reason for this decline. Cryptocurrency aside, it would not be implausible to suppose that Telegram itself has become less popular this year, since the end of the 2017 crypto bubble coincided with the Russian government's crackdown on Telegram. Accordingly, there may simply be fewer interactions and mentions on Telegram of any kind, including those that pertain to the crypto world. Be that as it may, it still wouldn’t explain Bitcoin’s decreasing search statistic on Google, which makes the first explanation we offer here more parsimonious.

Whatever the reason for the market leaders’ forced retreat, it is clear that, speaking overall, this crypto year has been on the wane so far. We may yet see some changes brought about by the appearance of the merry-faced Santa in the upcoming holiday season. What is self-evident regardless is that more and more newly established crypto players are joining the race every day with their own agendas and cryptocurrencies, which may well give the public less time to pay heed exclusively to the leaders, as was the case until somewhat recently.

Related
Do Bitcoin and Cryptocurrencies Have a Future?