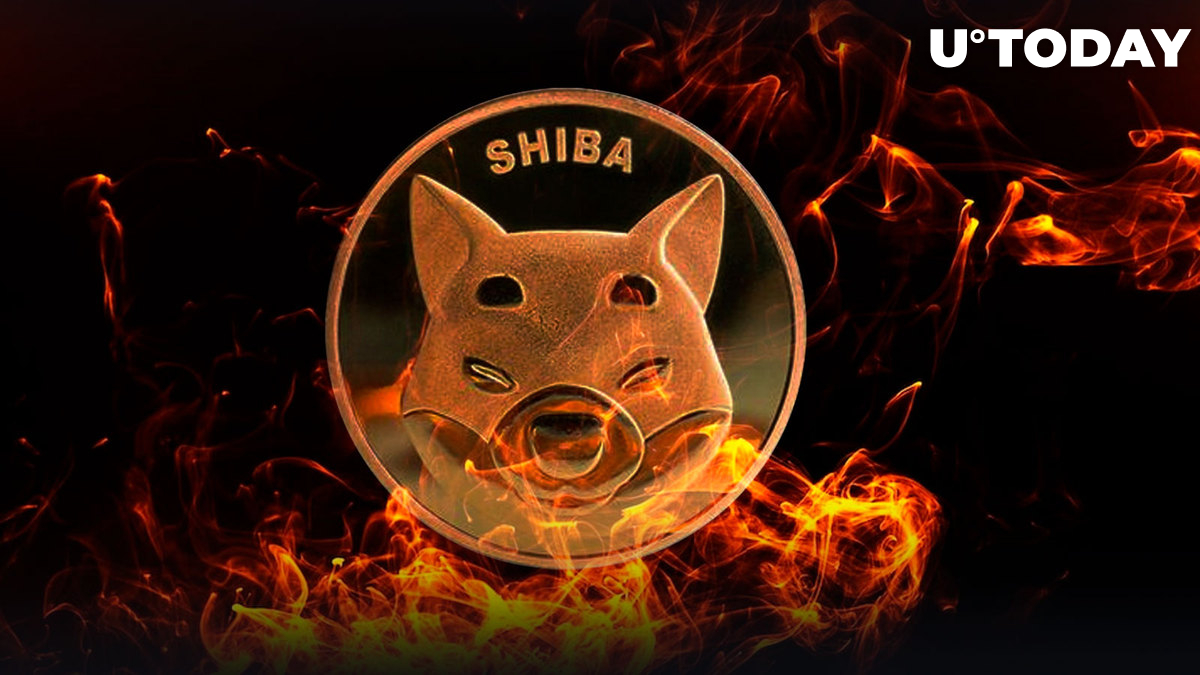 Per the Shibburn website, the burn rate of Shiba Inu has increased by more than 300%, with more transactions carrying SHIB to be burned being recorded in the last 24 hours. In the past day, more than 213,344,808 SHIB tokens were burned in 14 transactions. The Shib Burn Twitter handle also reported a small amount of 57,304,085 SHIB tokens burned 48 hours ago.

As reported by U.Today, more than 1,214,431,010 SHIB tokens were burned in the past week, while 542 million SHIB, or more than half a billion, were sent to dead wallets in the previous week, adding up to billions of SHIB burned since the beginning of August.

As reported, Shiba Inu could burn trillions within months as Shib developers endeavor to provide the community with innovative options for burning SHIB. In the plan to burn trillions of SHIB, ShibaSwap 2.0 and the upcoming Layer 2 Shibarium are both anticipated to play important roles.

BONE, the governance token of the Shiba Inu ecosystem, is presently up 92.77% at $2.17 thanks to investor optimism. Notably, BONE has gained nearly 150% in the last 48 hours. As a result, 24-hour BONE trading volumes increased by a staggering 400%.

The excitement surrounding the asset remains as it gradually approaches its 230 million token limit. When 230 million tokens were minted, the Shiba Inu community overwhelmingly decided to stop all BONE farming. The remaining 20 million tokens would be utilized on the upcoming Layer 2 Shibarium. The maximum supply of BONE tokens is still 250 million.

As reported by U.Today, BlueBit.io has announced that it has listed BONE. Likewise, in a move that expands support for BONE, the Singapore-based MEXC exchange, in collaboration with Bone ShibaSwap (BONE), has announced a prize pool of 5,555 BONE to eligible users who participate in the "Sign up, Deposit & Trade" event.