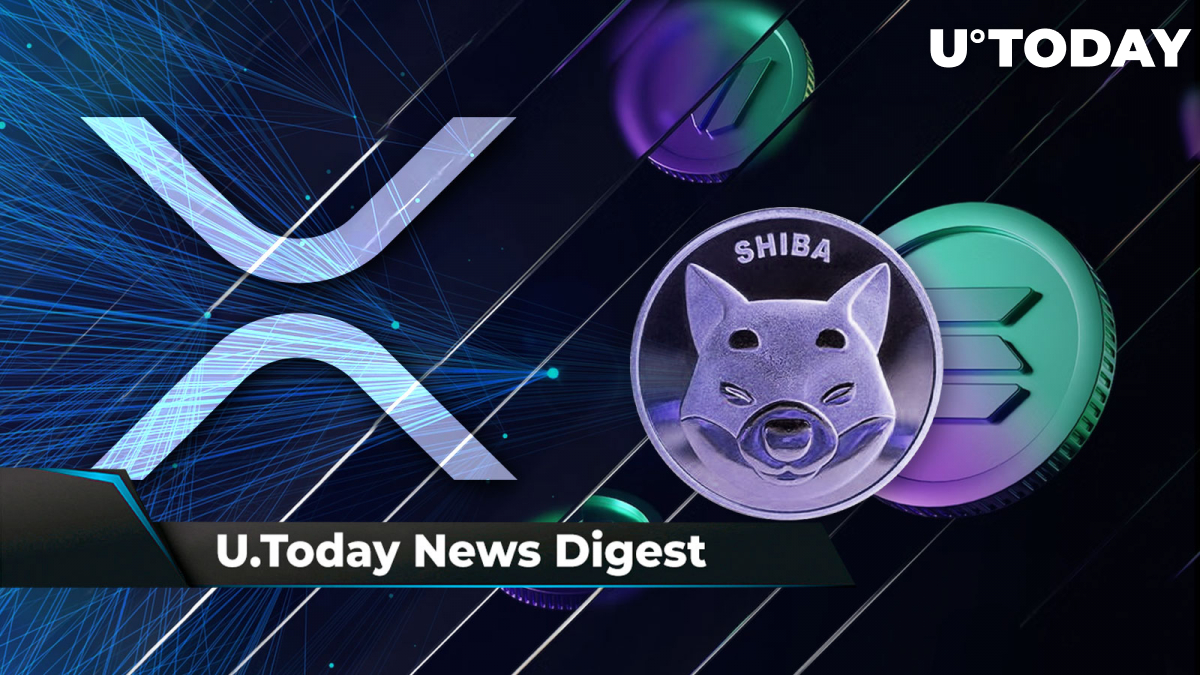 Per CoinMarketCap’s data, Shiba Inu has yet again surpassed Solana in terms of market capitalization. It is possible that the take of SHIB over SOL at the top will remain, considering a number of positive and negative price triggers. SHIB, being Dogecoin’s copycat, is benefiting from all the factors driving up the price of the first meme coin. The next chance for another rally is DOGE’s birthday, Dec. 6. SOL, on the other hand, is still under pressure due to its affiliation with FTX and Alameda Research. As it turned out, not all SOL tokens were sold during the global sell-off, with 46.8 million SOL still owned by Alameda.

Millions of XRP suddenly moved to Bitstamp, here's what happened

Yesterday, Whale Alert crypto tracking service spotted a major transfer worth 30 million XRP to the EU-based Bitstamp crypto exchange. The aforementioned tracker marked the wallet from which the transaction was made as “unknown”; however, according to Bithomp data, the funds came from BitGo, the biggest custodial crypto service in the U.S. that works with institutional clients and also as a crypto exchange. The transaction happened as the price of the XRP token dropped by 7% over the previous 24 hours. But at the moment of writing, XRP has recovered, trading at $0.3926, up almost 4% over the past day.

The entire crypto community is now closely following the Ripple-SEC lawsuit, and Crypto Capital Venture founder Dan Gambardello is no exception. He recently took to Twitter to share his thoughts on the resolution of the case, saying that it could be epic for crypto and potentially a defining moment to ring in the bottom of the bear market. Ripple CEO Brad Garlinghouse hopes that the case will not go to trial since he believes the judge has enough evidence to make a verdict without a jury. In this scenario, the case might be resolved sooner. As reported by U.Today, Garlinghouse expects the lawsuit to be over in the first half of 2023.

BabyDoge and Floki Inu, successors of the Shiba Inu cryptocurrency, are getting ready to announce and integrate significant innovations into their developing ecosystems. When it comes to BabyDoge, U.Today reported the implementation of a buyback mechanism and the burning of fees for all trading pairs with token swaps. The burning is supposed to start on Dec. 1. As for FLOKI, there are expectations related to the token’s listing on Binance following the AMA conference with the exchange, as well as on OKX. Also, during the conference, there was a leak about the use of FLOKI on Binance Pay, which made the asset’s price spike 25%.