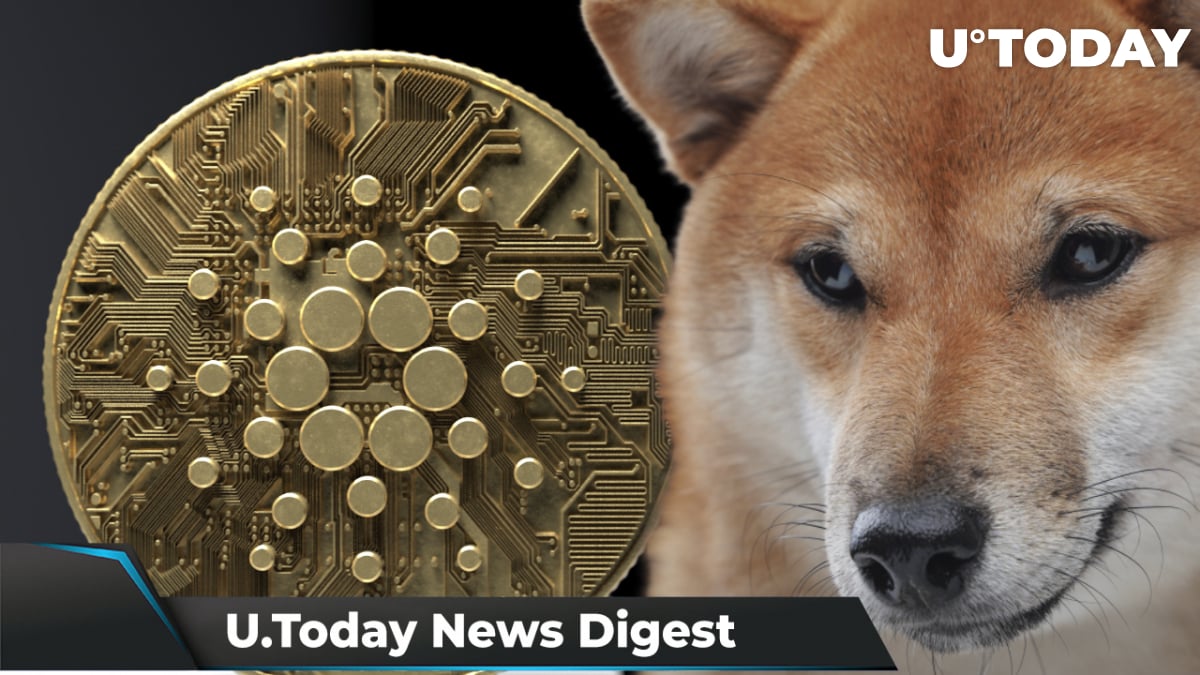 Here are the top five stories over the past day presented to you by U.Today:

The Shiba Army keeps growing. According to statistics, the number of Shiba Inu holders is approaching the one million mark, currently counting 932,000 users. The number of people holding the tokens serve as an adoption indicator that helps predict the asset behavior on the market. Usually assets that receive more support from the community tend to become more stable on the market in both bullish and bearish periods.

After sinking in “a flood of commentary” about Shiba Inu, AMC Theatres CEO Adam Aron announced that the movie theater giant will add the meme coin as a payment option. He said that the company is already working on figuring out how to take Shiba Inu as a currency. The other reason for adding SHIB is a whopping 81.4% of people who voted for such an initiative in a poll run by Aron in late October.

Previously, the movie chain confirmed that Shiba Inu’s rival, Dogecoin, would appear among the available payment options during the first quarter of 2022.

In early October, World Mobile and IOHK visited Zanzibar to observe its process of its digital transformation and to discuss strategies to improve Tanzanian citizens' social development. IOHK CEO Charles Hoskinson spoke to a number of local ministers and checked the installation of the telecom station and solar battery module. He also discussed the local authorities’ initiative aimed at providing fishermen with their own boats, emphasizing that its efforts are aligned with what IOHK does.

According to CoinMarketCap, yesterday, ADA surged 17%, getting out from its almost-two-month hibernation. However, Cardano’s native asset is still more than 23% away from its record peak of $3.09 that was recorded on Sept. 2. ADA’s momentum started fading shortly after the much-hyped smart contracts rollout in early September. In October, Cardano lagged behind the rest of the cryptocurrency, with the Bitcoin ETF debut and the Shiba Inu frenzy.

The Shiba Inu community received some words of praise from none other than Christine Brown, chief operating officer at Robinhood Crypto. During the recent crypto event, Brown said that she likes the fact that crypto supporters engage with the company and let it know what they want. The COO, however, could not talk about specific listings and said that Robinhood is a “safety first” company and will not rush to list new cryptocurrencies.