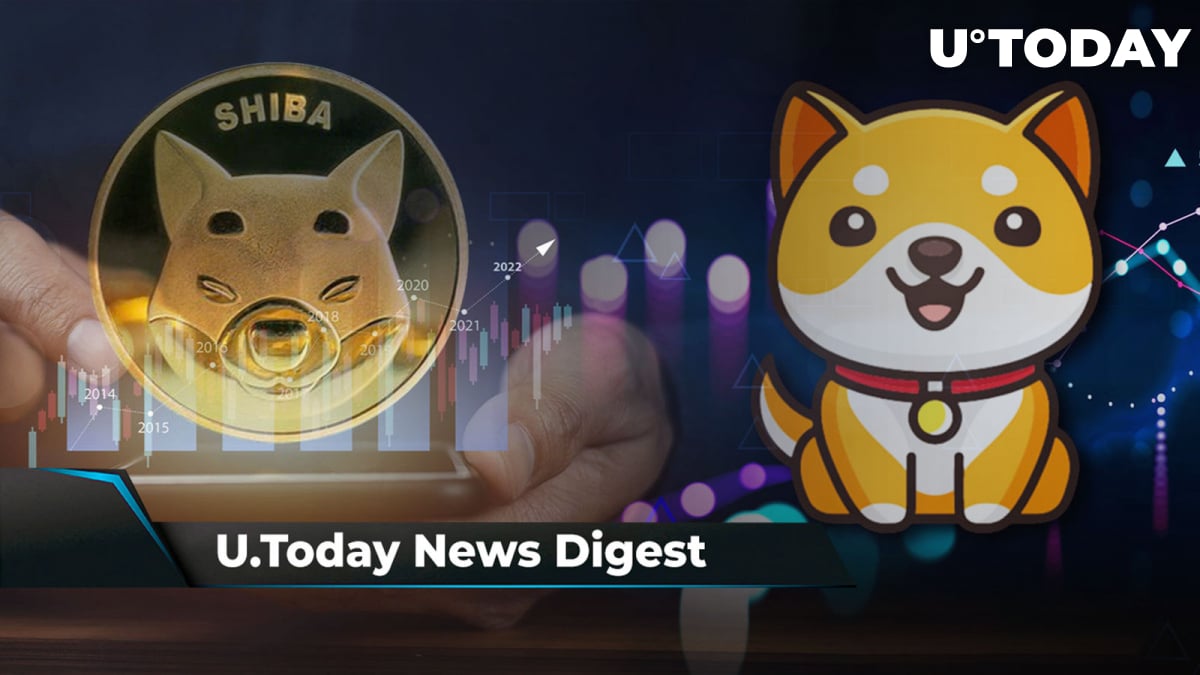 Shiba Inu continues reaching new milestones day by day to the great delight of its holders. This time, the latest achievement concerns the SHIB holder count, with the number of holders increasing by 2,045 over the past two days, per WhaleStats data. Currently, a total of 1,258,689 people own the second biggest meme coin. In the past year, despite the crypto winter that started in February, the community has managed to add a staggering 250,000 new members. SHIB reached the first million holders in November 2021 after its price spiked to a historic high of $0.00008845. At the moment of writing, SHIB is trading at $0.000009316.

According to Baby Doge Coin’s announcement yesterday, the asset has been listed by the BingX crypto exchange, which has recently been granted a license to legally operate in the U.S. and Canada. BingX added support for the BabyDoge/USDT spot trading pair, as well as withdrawals and deposits of the meme token. Baby Doge Coin has spiked on the news, but unfortunately, not for long - the coin pared its gains as quickly as it acquired them. Baby Doge Coin is currently changing hands at $0.00000000112, per CoinMarketCap. Earlier this year, BabyDoge was listed on a few other crypto exchanges, including South Korean Probit Global, Vietnam-based ONUS and Hong Kong's CoinEx.

XRP will become available for purchases by fiat in UK and France: details

In a recent Twitter thread, Xumm Wallet, a noncustodial wallet that allows easy payments on XRP Ledger, stated that it is soon going to allow buying and selling XRP for fiat currencies in France and the United Kingdom. Earlier, the wallet added such functionality for users in the Netherlands. Xumm Wallet then added that it plans to bring XRP ramp solutions to more countries over time with the help of its partners, BTC Direct and Banxa. BTC Direct is responsible for development in Europe, and Banxa, the leading global on and off-ramp solution, is already available in Asia, Europe and America.

As stated by Shibburn platform lately, it is planning to add a major upgrade to its website. The news came after Shibburn was complemented by user @ShibBPP for its persistent work in keeping the SHIB community up-to-date on burning SHIB and reducing its circulating supply. The user then asked whether Shibburn could also integrate statistics for longer periods of time, such as each month or even longer, in addition to daily and weekly burns. The platform’s official account replied that this option will be implemented in its newly redesigned website, which will be released this month.