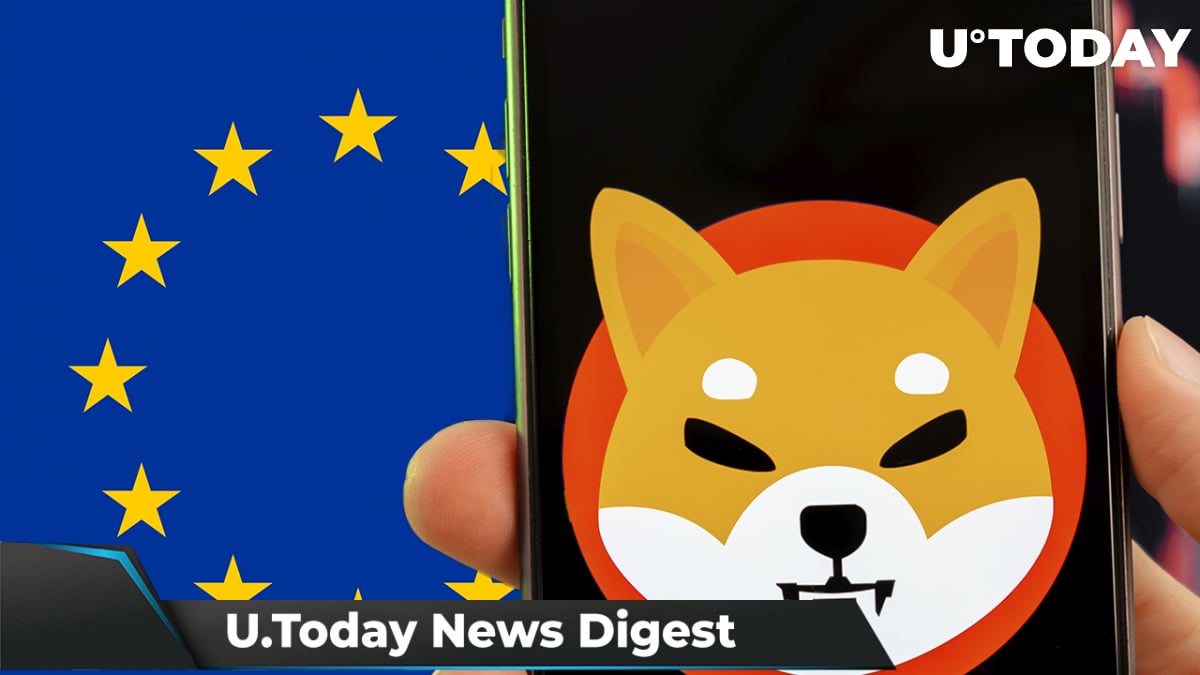 The newly introduced burn portal has become increasingly popular among Shiba Inu fans, as they burned a whopping 8 billion meme tokens in the first 24 hours after its launch. According to a recent report, more than 15 billion SHIB have been sent to dead addresses as of now, which is a record for a service that began operating last weekend. Shiba Inu also announced that any project can use the Shiba Burn Smart Contract to create a "BURN Pool" and to offer rewards for burning SHIB tokens.

Bloomberg reports that Grayscale, leading cryptocurrency money manager, is eager to enter the European market. The company has not revealed any details of its expansion plans yet, leaving the community wondering which countries it will target or what products it will offer. According to Grayscale CEO Michael Sonnenshein, the company will follow a "very methodical" approach, focusing on separate financial hubs in Europe. However, due to fierce competition, Grayscale will most likely struggle to get a major share of the European market.

Brad Garlinghouse: Ripple is operating as if it had already lost

Ripple is operating as if it had lost the legal battle against the SEC, said CEO Brad Garlinghouse in an interview with Bloomberg. He explained that the company’s record growth comes from outside of the U.S, but the Ripple-affiliated token has no liquidity in the country, with 99% of Ripple customers being non-U.S. payment companies. Garlinghouse states that the ongoing fight is just about Ripple but that the court’s decision will affect the whole crypto industry. He also added that the SEC is harming the cryptocurrency industry by failing to provide clarity.

As reported by The New York Times, Fidelity Investments are moving toward allowing customers to add Bitcoin to their 401(k) savings plans. Given that Fidelity is the United States' largest provider of pension plans, the decision could be a major turning point for cryptocurrency adoption in the country. According to Fidelity’s Dave Gray, there is growing demand for Bitcoin among plan sponsors. Fidelity plans to start offering Bitcoin-holding 401(k)s later this year. It will charge a fee of up to 0.9%.