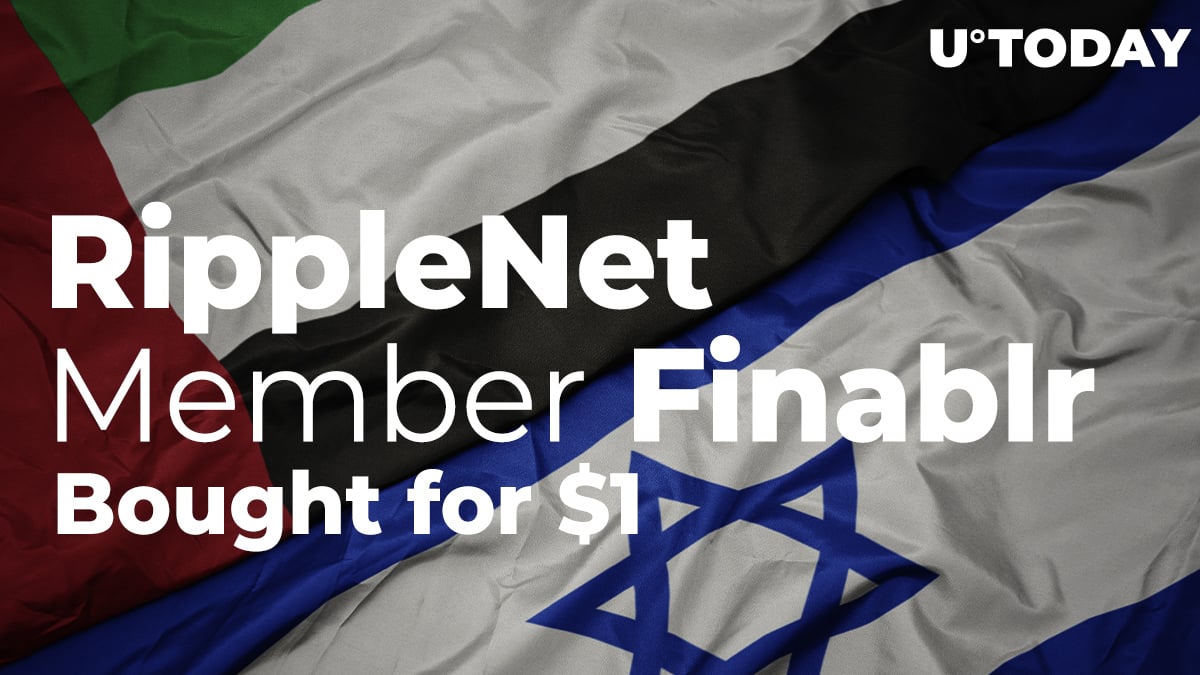 As reported by Reuters, payments company and RippleNet customer Finablr has been acquired by a consortium of Israeli and Arab Emirates companies for a nominal $1.

Finablr has run into major financial difficulties, Reuters writes; thus it has made the decision to sell its entire business.

Global Fintech Investments Holding (GFIH) has joined forces with Royal Strategic Partners from Abu Dhabi to acquire the RippleNet member, according to a statement by Finablr.

The purchase price was a nominal $1. GFIH will be providing capital so that Finablr can continue operating and maintain the support of its stakeholders, among whom are its staff and creditors.

In March, Finablr warned shareholders of its potential lack of solvency and hired experts from Skadden law firm to check for any misconduct in the company's past performance or whether misappropriation of assets took place.

Currencycloud, a provider of solutions for B2B cross-border payments, has spread the word about reaching a new milestone: on Dec. 18, it announced that the volume of payments it has performed has doubled since March, when the first global lockdown descended.

This indicates a rush in the enthusiasm of users to leverage digital payments globally. Currencycloud has seen a double rise in its payment volumes, totaling a whopping $3 billion.

2020 has also been a year in which the company landed a record amount of new clients and saw its customer base rise by one third.

Apart from that, the company has been successful enough to begin expanding its staff by over 30 percent—to 300 members. This is what it plans to do first thing next year.

The company will also allocate $2 million to help their employees work flexibly from home.