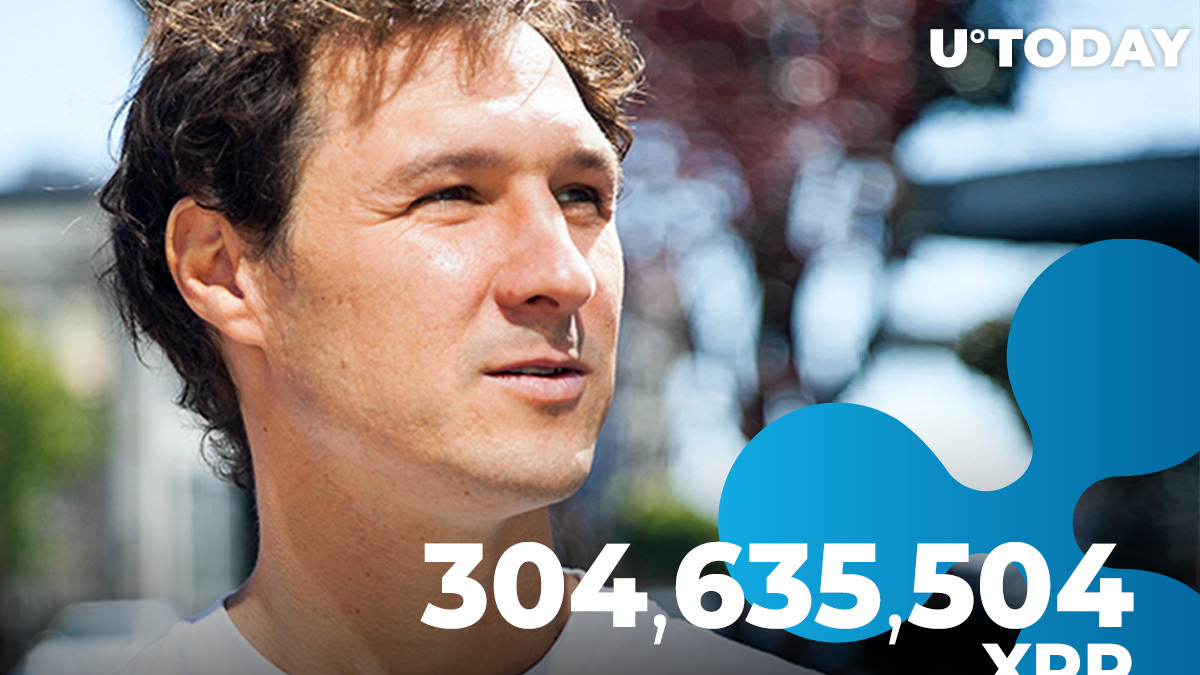 Among them was a lump of almost 305 million XRP sent by Ripple to Jed McCaleb, who helped cofound the company.

Jed McCaleb, who cofounded Ripple Labs together with Chris Larsen and was its first chief technical officer, has received another XRP lump from Ripple—304,635,504 coins—which equals $121,678,911 at the time when the transaction was performed.

Jed McCaleb left Ripple in 2013 over certain discrepancies with the rest of the top management team and, since then, has been receiving large XRP payments. McCaleb left to found a rival blockchain company, Stellar, also targeting financial institutions for the use of its native XLM token.

According to data published in December 2020, at that time, the total estimated holdings and profits of the Ripple cofounder, in XRP, amounted to $1.2 billion.

After pausing his XRP sales at the end of December, when the SEC sued Ripple over sales of allegedly "unregistered securities" (this is how the regulator defined XRP), McCaleb has recently resumed cashing out his XRP riches.

He was concerned about the fact that current CEO Garlinghouse and former CEO Chris Larsen are also targets of the SEC lawsuit. As mentioned above, Larsen founded Ripple together with McCaleb.

Whale Alert also shared data on several other transactions, which carried a total of 175.6 million XRP, or 63,904,160 in fiat USD.

This gargantuan amount of XRP was shifted by crypto whales between anonymous wallets, and part of it was sent to crypto exchanges like Huobi, Binance and Bybit.

Meanwhile, after unlocking 1,000,000,000 XRP from escrow yesterday, Ripple subsequently moved 900 million back into escrow to be locked.

However, after that, the coin's exchange rate collapsed over 40 percent, dropping to the $0.41 level. XRP was also pushed back to spot four on CoinMarketCap by Tether's USDT.