Pump or Dump? BTC Price Analysis Is Interpreted in Two Opposite Versions

Vera Yurina
?️⏰Bitcoin price prediction from YouTube: Expert trader Crypto Kirby Trading explains which patterns have formed, and what to expect from BTC 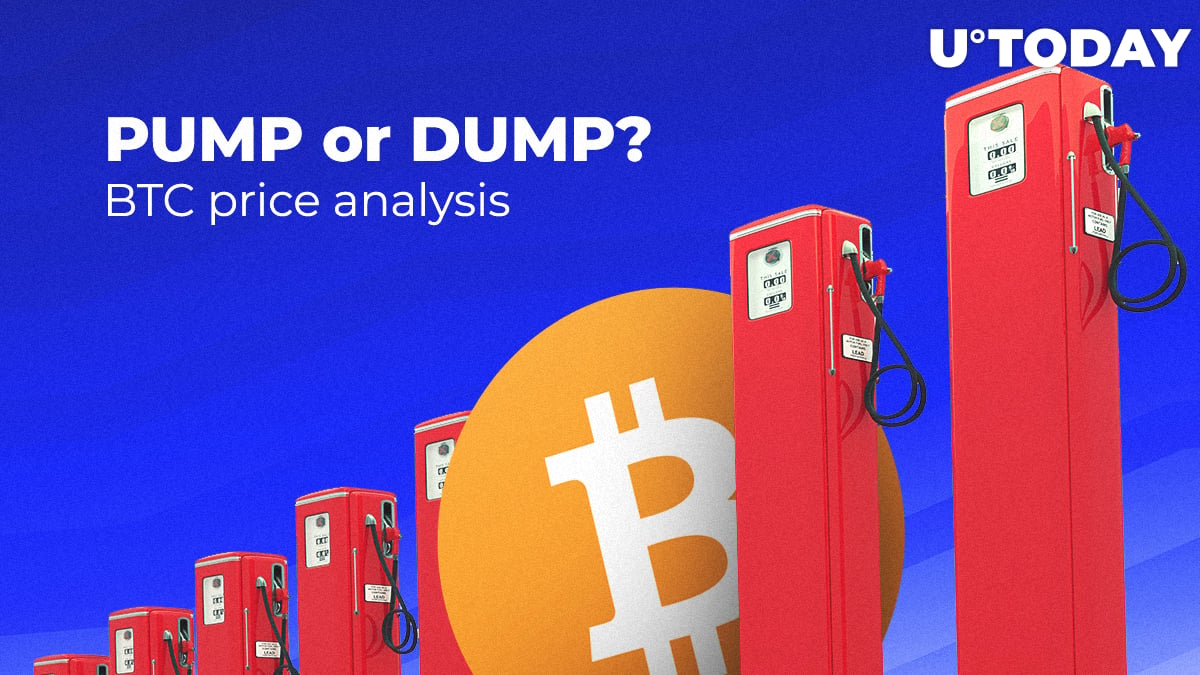 One of the most extravagant crypto traders on YouTube, Crypto Kirby Trading, has come up with his own observation of Bitcoin price predictions and technical analysis. His notes give us a hint that there are two ways for BTC to go. What are they? Watch this YouTube video and check out which BTC price theories the trader has.

Head & Shoulders bearish pattern cannot stay unnoticed – we can see it forming from the beginning of April until now. However, the right shoulder hasn’t formed yet, so the pattern should be confirmed – don’t rush to make conclusions.

What happened recently when BTC fell into the abyss? According to Crypto Kirby Trading, it was resistance short. Shorts got a little bit high, and they squeezed it. In fact, the recent squeeze didn’t bring us anywhere – it’s like nothing happened.

At the moment, BTC goes sideways and sees resistance. Judging by H&S pattern, the volume peak has been reached, and now we are under resistance line in the right shoulder. If BTC’s price suddenly goes up, the pattern will be invalidated.

Pattern within a pattern

Which pattern has been taken by BTC? It depends on how you look at it! What do we have here?

There has been lot of speculation about these patterns – that’s the problem. So, we have two different triangles and H&S, three patterns at the same time. If the H&S or descending triangle get validated – BTC is expected to go down to $5,000 and further into the abyss.

Take a look at the chart. We are still trading below the key resistance in the red box, and the rest of indicators still look bearish. We haven’t been trading so low since February 2018! That’s why it’s hard to believe that we will pump.

According to Crypto Kirby Trading, the $6,000 resistance might be very hard to beat – the hardest in BTC history. Very unlikely that it will happen in the nearest time, but who knows?

So, what should happen?

Crypto Kirby Trading  reckons that the possible $4,500-$4,300 would be a better bottom to buy BTC even than at the winter level. However, you should be very attentive. We are testing the November 2018 levels, and it’s important to make proper adjustments here.

Currently, the volume has been higher than in the previous months, but it’s not promising – it seems to be declining gradually. If we go down, we will reach consolidation to resistance.

What should happen for a dump?

If we move sideways without touching resistance, expect a bearish period, and we’ll continue adjusting the triangle pattern until it breaks. Confirmation of patterns is required – don’t rush to make conclusions yet.

One more thing signifying a possible dump is the Fear & Greed Index – 61, which means we can fall as it always occurs when we get greedy and want to squeeze maximum profit from the market.

What should happen for a pump?

For pump, we should break the red box ($5,750). We should test the top of the box as well as the H&S and reach new volume – we want this boom to happen and bring us to the top, don’t we? If that happens, opportunities can get insane because the bulls vs bears battle will be epic. We might get through $6,000-$7,000, but of course not without failing the first attempts to scratch the top – it always happens this way.