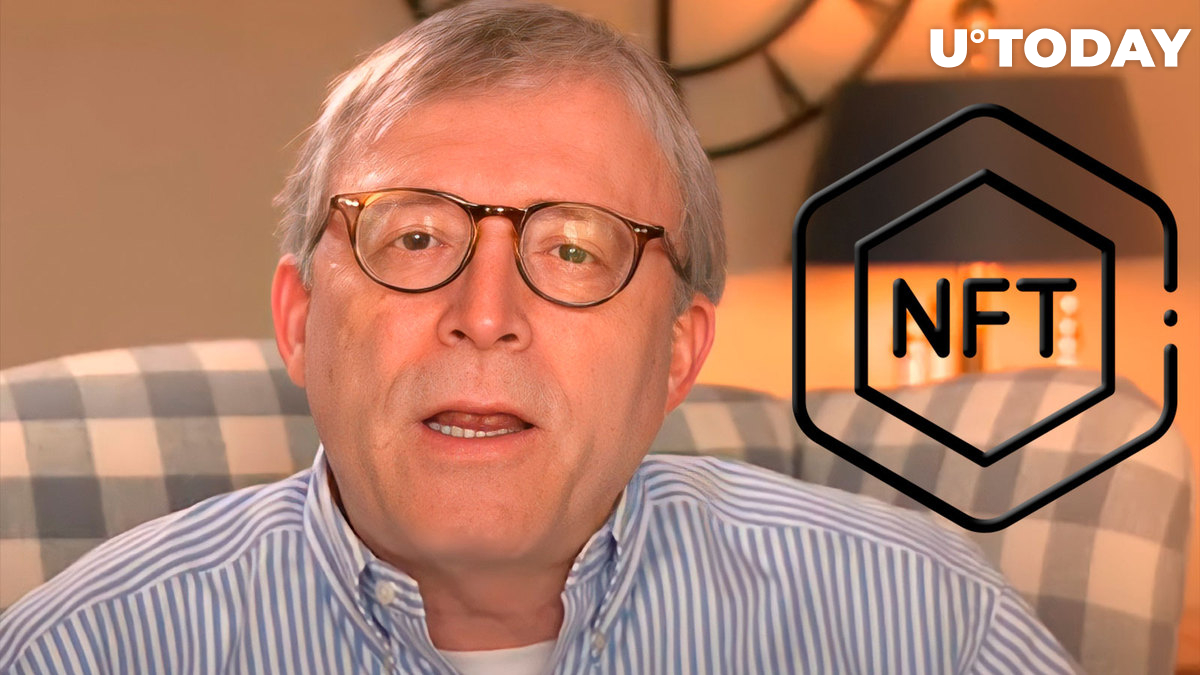 “Shill me your favorite NFT”

Brandt tweeted to ask his army of followers to shill him their favorite NFTs. The NFT community eagerly responded, tweeting various pictures of non-fungible tokens, including The EtherRock that was purchased for 888 ETH in 2021.

Shill me your favorite NFT

Last week, as reported by U.Today, Brandt surprised the crypto community by posting tweets about NFTs that were full of enthusiasm. In one of them, the prominent chartist stated that NFTs had become something more than simply JPEG files.

This marks a major pivot of the trader on NFTs as back in February he called them “stupid” and in the spring Brandt compared NFTs to Beanie Babies and Pet Rocks.

In early October, the chartist tweeted that in 2021 he was among those to was unable to predict BTC trading under the $20,000 level in October this year, when the Crypto Twitter was caught with the “Bitcoin laser eyes” craze.

Back then, all those who added “laser eyes” to their avatars expected Bitcoin to reach $100,000 in the near future. However, after reaching a historic peak of close to $69,000 in November last year, the flagship cryptocurrency has gone down 72 percent from that ATH. And is trading in the $19,200 zone.

Bitcoin evangelist Michael Saylor responded that “laser eyes” indicated long-term commitment to Bitcoin as a superior asset to everything else on the financial markets.

Prominent trader John Bollinger also disagreed with Brandt and with his criticism of “laser eyes” movement and his pointing out “dangers of dogmatic thinking” of BTC maximalists.

But Peter Brandt stated in response that he himself was among those who never expected to see Bitcoin under $20,000 again.