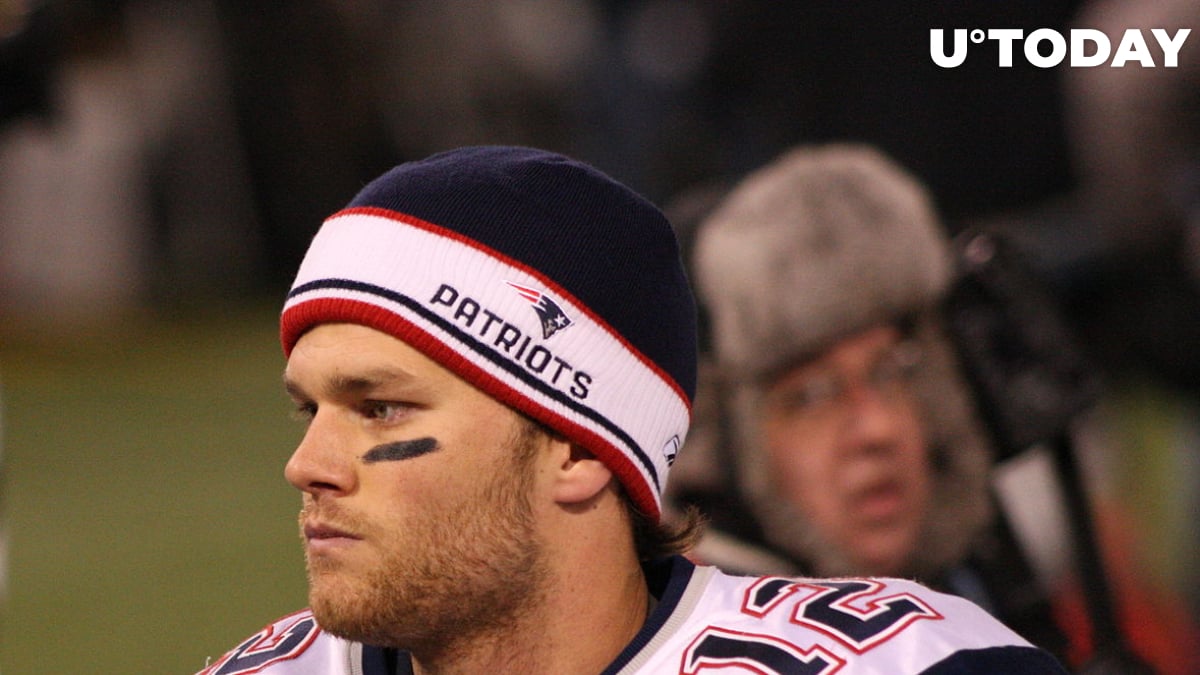 In our quarterback room, one of my coaches has been on it for eight, nine months. So, we talk about it basically every day, the prices of the different tokens, how the space is doing.

Related
JPMorgan CEO Says Stay Away from Bitcoin
In case there were any doubts, Brady clarified that he had “definitely” invested in crypto.

He also called himself a “big believer” in the newfangled asset class.

As reported by U.Today, Brady added “laser eyes” to his Twitter profile picture in a show of support for Bitcoin, which ironically happened right on the verge of a massive crypto crash.