Heewon Jang
Proton Chain aims to bridge the gaps between traditional and crypto payments. In this article, we explain how. 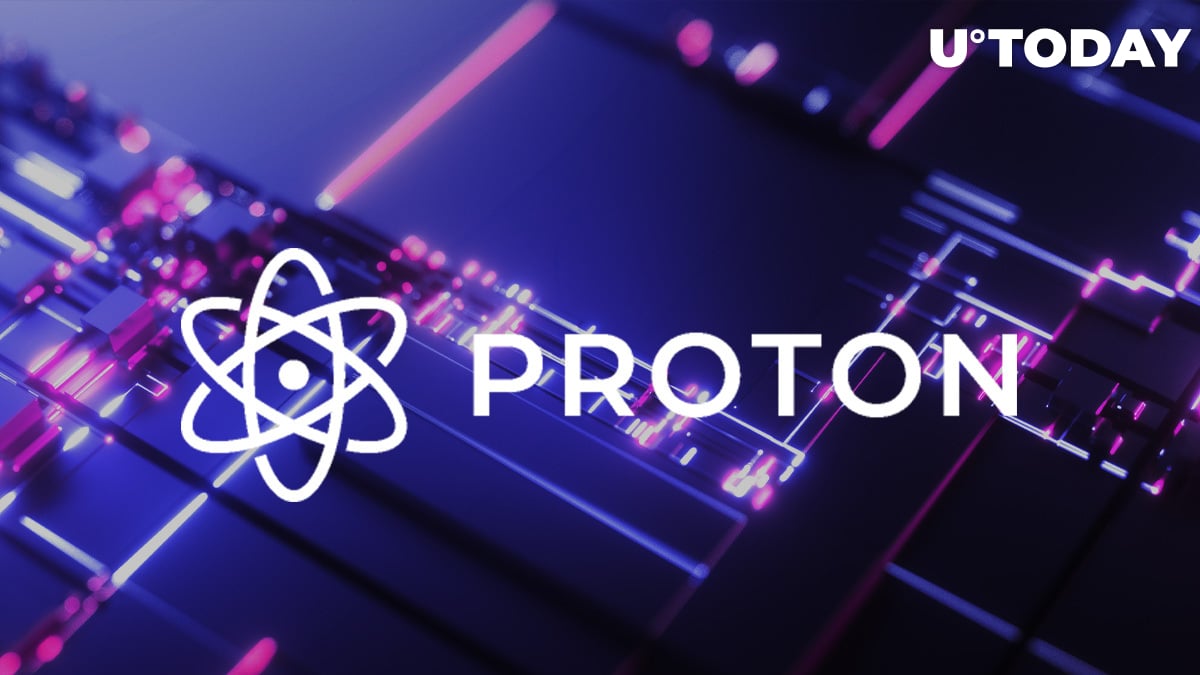 Proton chain is a blockchain aiming to solve several problems associated with traditional and crypto finance. Firstly, in the world of traditional payments, there are high risks associated with providing payment data online. Our credit cards are only as secure as the payment portals we use to make purchases online. We’re often asked to provide personal data or identity documents when opening new accounts or authorizing payments. Each time, we have to trust that the entity using our data is taking the right protective measures to secure it.

Furthermore, there are too many barriers between traditional banks, payment providers and gateways, and crypto finance. Users can have multiple accounts, but it’s not always easy and rarely very fast to move funds between them - even if you’re simply transferring dollars from one account to another.

Therefore, Proton chain was developed to overcome these challenges. Its central premise is a verified account, where a user claims an @ name similar to a Twitter handle. Once this account is verified, the user can securely transact, linking accounts from external providers for a more streamlined user experience.

User Bob Smith signs up for Proton, claiming the handle @bob as his own. As he undergoes KYC, a network of KYC validators and money service businesses verify his identity, giving him the Twitter-like trusted “blue checkmark” that indicates he has been vetted and is a legitimate user of the platform.

Now, any application that supports the Proton name protocol will display @bob with the blue checkmark. He can go to an online store, scan a QR code to add them to his whitelisted set of payment contacts, and then authorize payments from his account by providing just his @bob handle.

If Bob wants to use an application like a game requiring payments, he can release the funds in the same way, by providing his @bob handle within the game interface.

Roots in Metal Pay and Lynx

Proton chain evolved out of other projects, Metal Pay and Lynx. Metal, the company behind Metal Pay, was founded in 2016 by Marshall Hayner and Glenn Marien as a blockchain-based payment processing platform. The aim of the company was to accelerate crypto adoption using incentives and a clean, user-friendly interface. Users could earn up to 5% of the overall transaction value in cashback by sending and receiving funds using the Metal Pay app.

Since it started in 2016, Metal has expanded its functionality to include the Metal X exchange in addition to the Metal Pay app. The Metal Pay app already allow users to buy and sell crypto using fiat from their FDIC-insured cash card or from a user’s linked bank account. Soon, Proton chain will be connected to both Metal Pay and Metal X.

Lynx started out with a similar vision to Metal, of bringing crypto to the masses. The company developed the biggest EOS wallet in the US, as well as Lynxchain, a fork of the EOS blockchain enabling free account creation for decentralized apps.

In early 2020, the two companies came together to create a new blockchain called Proton chain, which launched on mainnet in April.

Proton chain is a variant on the Lynxchain, with the addition of the identity layer. It’s powered by its own native XPR token and runs on a delegated Proof of Stake consensus. Block producers are responsible for validating network transactions with a majority consensus of two-thirds required for writing to the blockchain. Block producers are nominated by those XPR holders who stake their tokens for the right to vote.

Along with governance rights, the XPR token is also designed to serve as a short-term store of value for dApps. Supply is controlled, with an initial circulation of 200 million tokens, increasing by 5% each year. The inflation tokens have a fixed distribution of 50% going to block producers, 30% allocated to stakers, and 20% to the Proton Steering Committee.

Token holders can use the Lynx wallet to store their holdings. The XPR token is available for trading on the Metal X exchange, as well as Bithumb, HitBTC, and Bilaxy.

The newly-merged project is currently in the process of developing Metal Pay 3.0, which will be the first wallet capable of interacting with the Proton blockchain. The intent is that it will use the authentication and push signing technology, for which the project has already showcased a demonstration.

The roadmap is currently set out in two releases, known as Objective “Red Falcon” and Objective “Snow Owl.” The first is the heavier of the two, introducing the Proton chain username model and a new non-custodial “crypto tab” that will be available in regions beyond the US and allow users to send and receive XPR tokens.

The first phase will also introduce the Proton chain payment push requests to the Metal Pay wallet, and the ability to wrap tokens from the Metal X exchange and move them to the non-custodial “crypto tab.”

The second phase is more of an iteration of the first and will bring in multiple fiat currencies along with a native stablecoin issued on Proton.

Currently, there are no dates provided on the roadmap. However, Proton chain was launched on mainnet within a few months of the projects announcing their intent. Therefore, it’s reasonably safe to assume that users could expect to see steady, if not rapid, progress.

As you’d expect, the team behind Proton is comprised of the teams of its founding projects.

Marshall Hayner founded Metal and is now the co-founder and CEO of Proton. He was also behind other crypto projects including QuickCoin and Block.io along with being one of the earlier members onboarded to the Stellar launch team.

Glenn Mariën is Proton’s co-founder and CSO, bringing over a decade of experience in full-stack development. Prior to this, he created the first online wallet for Dogecoin, which was how he met Marshall Hayner. Hayner acquired the Dogecoin wallet during his tenure at Block.io.

Fred Kreuger was the founder and CEO of Lynx, now co-founder and President of Proton. With over $500m in exits, Kreuger was also the inventor of the “Currency Index Swap.” He holds a bachelor's degree in Mathematics from Cornell and a Ph.D. in Statistics from Stanford.

Notable names from the crypto community have provided early investment to Proton Chain, including Eric Voorhees of Shapeshift.

The Proton chain project represents one of the most significant mergers to happen in the crypto space so far. If it’s successful, it could foreshadow further consolidation across the sector, as projects realize the potential in creating something greater than the sum of their individual parts.

However, the team at Proton has a lot of work ahead if they’re to realize their vision of uniting the crypto and traditional finance world under a single platform. If they can achieve their goal, it could prove to be a significant booster to the broader adoption of cryptocurrencies.