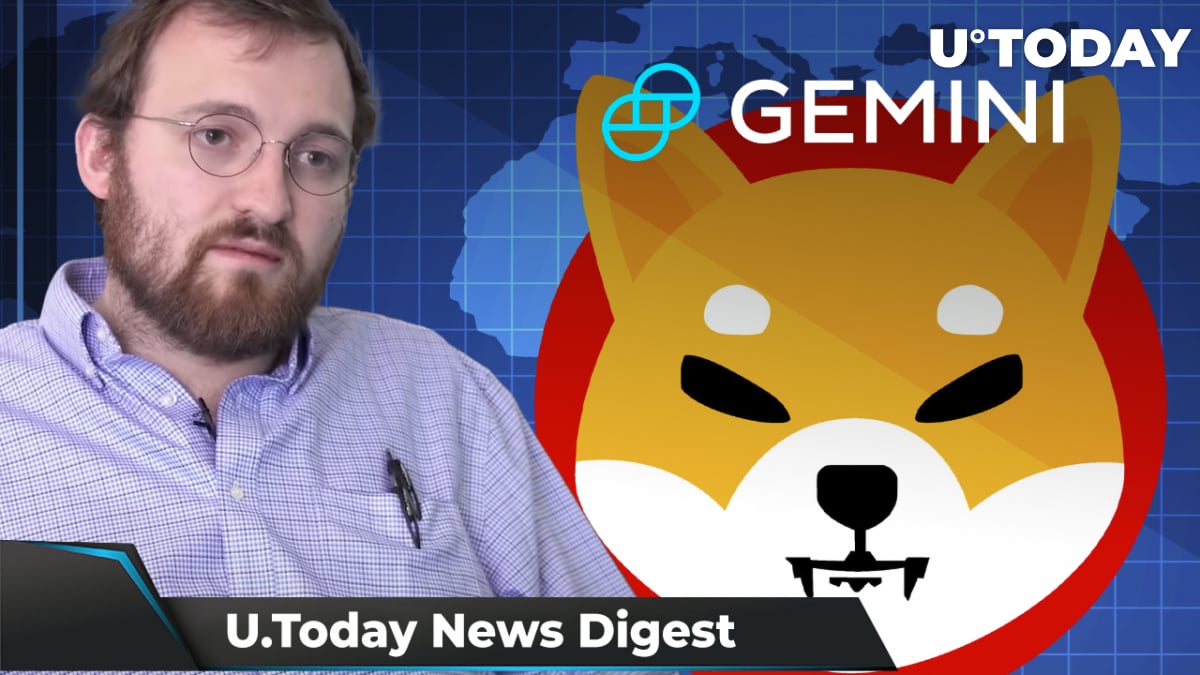 U.Today presents the top five news stories over the weekend:

Shiba Inu is now trading on Gemini, inching closer to one million holders

After adding support for Dogecoin in May, Gemini, the crypto exchange owned by the Winklevoss brothers, has finally listed another canine coin, Shiba Inu. This is yet another victory for SHIB; in October, the meme token appeared on Coinbase and Binance U.S.

Meanwhile, on Saturday, the number of Shiba Inu holders broke through 970,000, inching even closer to the one-million-holders mark.

IOG CEO Charles Hoskinson decided to heat up the crypto community’s interest by sharing his expectations of Cardano’s 2022 roadmap. In his Twitter post of Nov. 12, Hoskinson said that the Cardano ecosystem is growing and getting stronger, adding that all projects interested in building on Cardano's smart contracts should expect many great innovations on their mechanisms. However, his statement was criticized by Ethereum maximalists who recalled the narrative about Cardano's UTXO model opportunity to process only one transaction per block.

New Bitcoin ETF to be listed on Nov. 16

According to a tweet by Bloomberg’s Anthony Rayar, the SEC has approved the listing of the new Bitcoin futures-based ETF with the ticker XBTF. The new Bitcoin futures ETF will begin trading on the CBOE BZX Exchange on Nov. 16, under the name VanEck Bitcoin Strategy ETF. Previously, the SEC rejected VanEck's spot Bitcoin ETF because of the unclear regulations of the decentralized cryptocurrency market that put U.S. investors at risk.

During the recent AMA session, Input Output CEO Charles Hoskinson weighed in on the topic of Solana surpassing Cardano. He seemed not to be concerned about it and argued that people asking him about the flippening are either “crazy” or bots. Hoskinson also noted that there is something wrong with the notion of value. Like Twitter CEO Jack Dorsey, he  believes that the world is getting closer to hyperinflation. According to the Cardano founder, if you believe success comes by price or other vanity metrics like social signals, you will never win.

On Sunday, one of Pakistan’s biggest private banks, Bank Alfalah, and Abu Dhabi-based Lulu Exchange teamed up to create a new payment corridor between the two countries using Ripple's global payments network. This partnership is of great importance for both countries since Pakistanis constitute roughly 12.5% of the total population of the United Arab Emirates, with the UAE being the second-largest source of remittances for Pakistan.