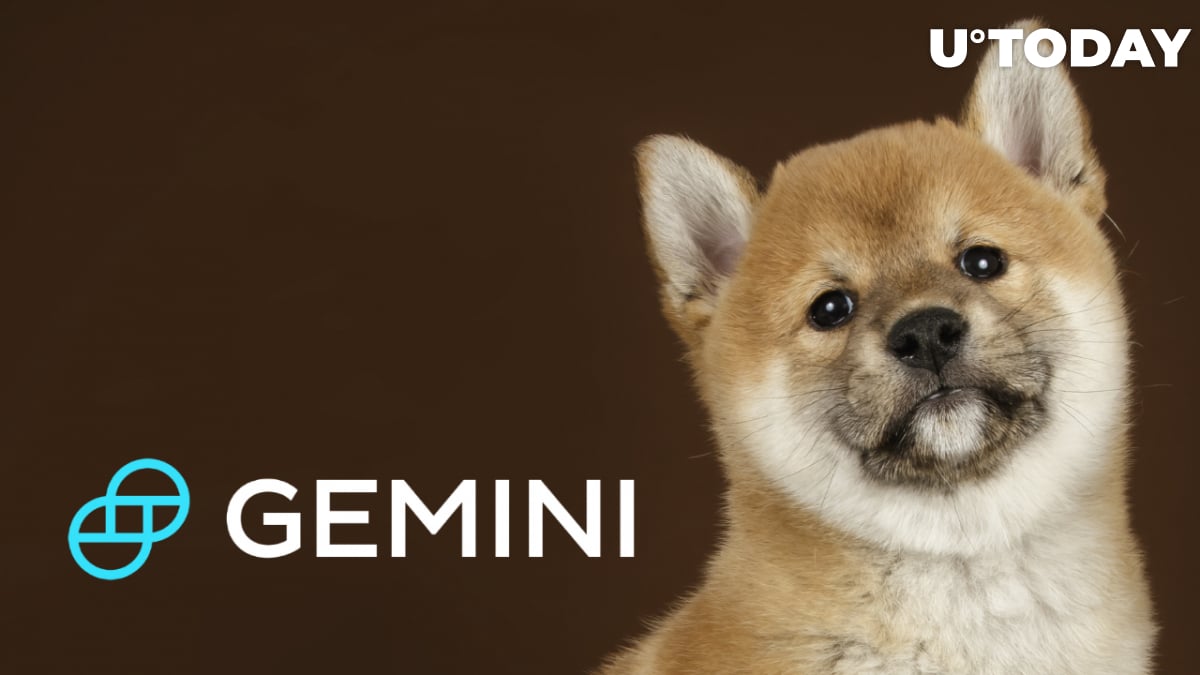 Gemini, a popular cryptocurrency exchange that was launched by Cameron and Tyler Winklevoss in 2015, has added support for the Shiba Inu (SHIB) cryptocurrency.

Apart from the second-largest meme coin, the New York-headquartered trading platform has also listed a slew of tokens from the decentralized finance ecosystem, including Quant (QNT), Fetch AI (FET) and Radicle (RAD).

The Winklevii-owned exchange, which is known for its emphasis on regulatory compliance, embraced Dogecoin in May, becoming one of the latest major exchanges to jump into the canine mania.

Kraken and Robinhood remain on the sidelines

In the meantime, Kraken hasn’t posted any updates about whether or not it plans to list the Shiba Inu cryptocurrency.

As reported by U.Today, the exchange claimed that it would add Shiba Inu in early November, but it then backtracked on its promise, riling up the so-called “SHIB Army.”

Robinhood also keeps dragging its feet about adding the canine cryptocurrency despite the petition to list the token reaching an eye-watering 531,000 signatures.

While praising the Shiba Inu community, Robinhood Crypto COO Christine Brown said that the short-term gain from adding such meme coins might not be worth it in the long term:

We think that the short-term gain that we might get is not worth the long-term trade-off for our users. We wanna make sure that we are working and assessing everything from a regulatory perspective. And we are a “safety first” company. That’s how we are going to play it.