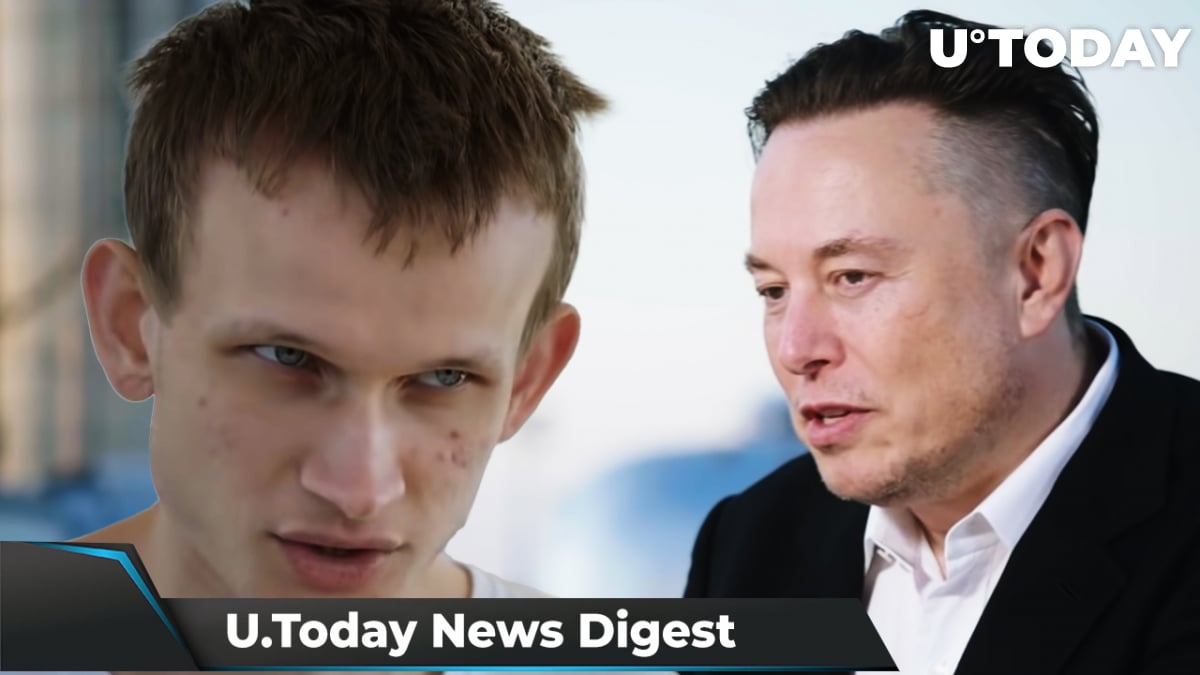 Make sure you haven’t missed any significant events in the crypto industry over the past weekend with a summary of U.Today’s top four news stories.

Elon Musk and Sen. Elizabeth Warren’s debate seems to be heating up as the politician continues to slam the Tesla CEO for “freeloading” off of average working people by not paying enough taxes. Despite Musk saying that he will pay the largest taxes of any individual in U.S. history (over $10 billion), the senator does not seem to be satisfied. Musk tweeted that Warren offers “a deeply messed up lie” to Americans, later adding that the U.S. Senate and the State of Massachusetts “deserve someone better.”

Many members of the crypto community rushed to support Musk, including Dogecoin creator Bill Markus and none other than Peter Schiff. The latter called Warren “the real tax freeloader,” saying that Warren is accusing Musk of what she is doing herself.

SHIB burn rate to double in the next 60 days

According to a recent tweet by the owner of Bigger Entertainment, Steven Cooper, the company’s SHIB burn rate is expected to double over the next two months. Cooper added that his team is “just getting started” as they are currently looking for new ways to burn Shiba Inu. As per the latest data by etherscan, in December, Bigger Entertainment burned seven million SHIB coins.

Burning coins is a common practice to make the asset’s price grow. However, despite the community burning two billion SHIB in November, the token continues to trade in the $0.000032 range.

Vitalik Buterin, co-founder of Ethereum, unexpectedly arrived in Buenos Aires and visited a crypto event organized by Web3 protocol The Graph, where he met former Argentine President Mauricio Macri. During a private meeting, they discussed the opportunities presented by crypto and blockchain. Later in his tweet, Macri described Ethereum as one of the “most innovative” decentralized technologies of the century.

Chinese crypto journalist Colin Wu shared that SBI Group, Ripple’s major partner in Japan, is launching a crypto fund for ordinary investors, where they can buy XRP, Bitcoin, Ethereum, LINK, Bitcoin Cash and Polkadot. Before purchasing any cryptocurrency from the fund, investors will have to sign an anonymous partnership contract with the SBI Alternative Fund. The investment should come in one million yen units, with a minimum amount of five million yen being invested.