Cryptocurrency Markets Bounce Back Into Green as Ethereum Fights Its Slump 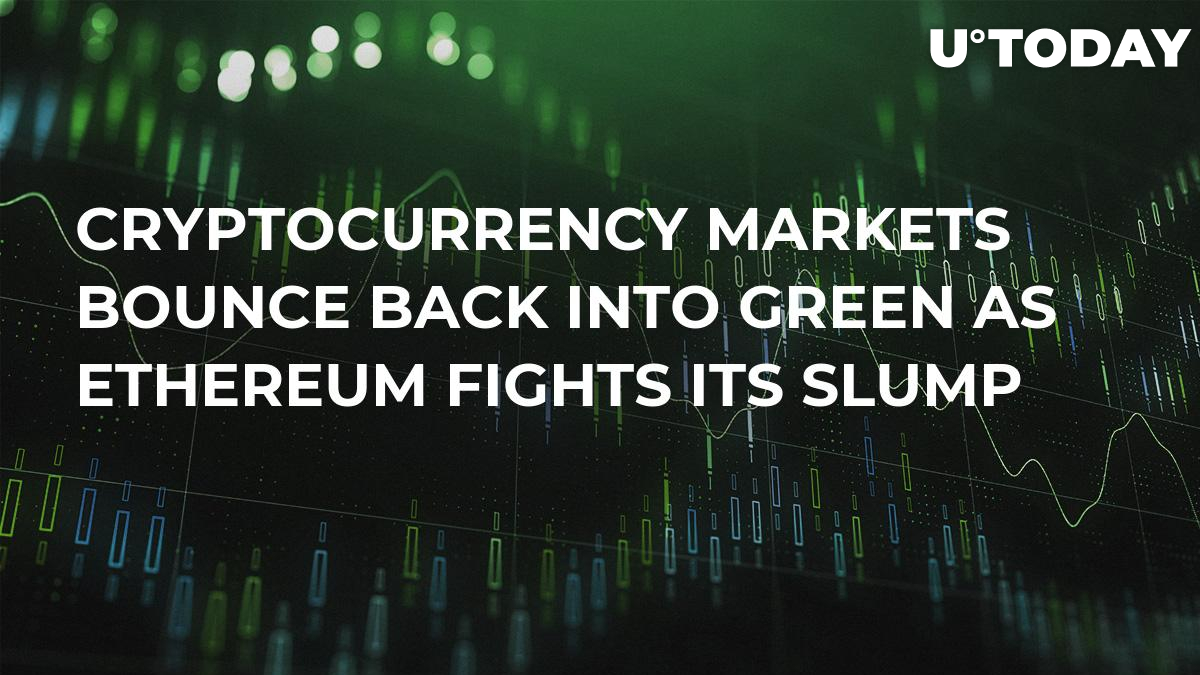 Having been in decline for most of the last seven days, following a dramatic fall, the cryptocurrency markets have managed to bounce back somewhat as green numbers, and good gains, are seen across the top 100 coins.

There is even positive news for Ethereum, the second biggest coin by market cap, as it managed to pick up 10 percent gain in 24 hours after slipping to new lows in the region of $170. Bitcoin itself has also managed to gain upwards of $200, but it remains to be seen if this is a prolonged clawback.

The sell off that occurred when Bitcoin was sitting nearer to $7,400 saw a large chunk of the overall market cap fall away, almost 30 percent, especially affecting the altcoins and in particularEthereum. Even after the dramatic dip, the markets struggled to break their downward trend, that is until today.

Bitcoin has managed to climb back up near three percent, while other altcoins have followed along even stronger. Ripple and Bitcoin Cash, at three and four in the market cap, are up near five percent each while Stellar and Litecoin are up eight and nine percent respectively.

It is Ethereum that has gained particularly well though, having dropped so significantly over the last few weeks. The second-biggest coin is up over 10 percent and has climbed to $189 after being as low as $170 a few days back.

Some attributed Ethereum’s lows to a sell off by ICO projects still utilizing the Blockchain.  A reported 153,000 ETH ($30 mln approximately) was reportedly ‘spent’ by projects in the past seven days, with this selling pressure allegedly being one of the culprits that saw the price tumble throughout the past week.

However, some of the bigger projects on the Ethereum chain had not liquidated nearly enough of their own stocks to cause such a fall. According to research, the majority of major Blockchain projects based on Ethereum are still holding tens of millions of dollars in their Ethereum treasury.

The market has felt a number of these positive days but probably felt a lot bigger, and more frequent days in red. This may only be a small fight back as it would be foolish to suggest it could be a turning point for the entire market.

The cryptocurrency market is still bottoming out and evidently has not recovered from its 80 percent correction. However, it could be foreseeable that the price of Bitcoin may reach the upper-mid $6,000 mark off this most recent clawback.