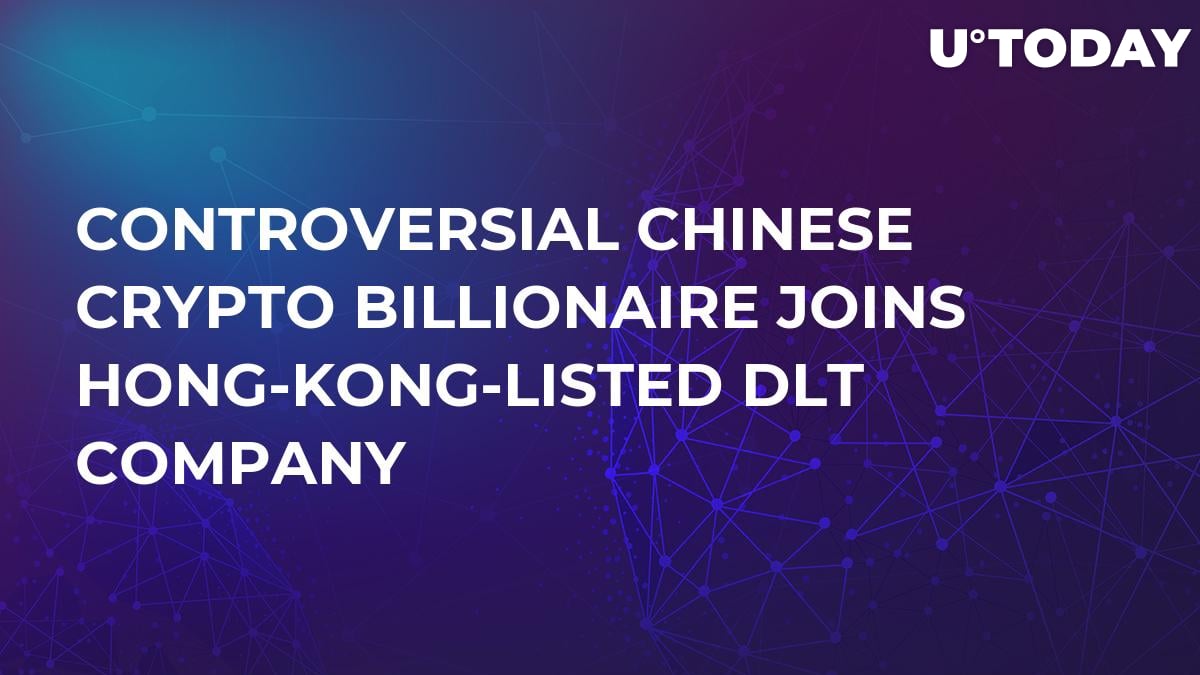 Grandshores Technology Group sends word that Li Xiaolai is about to work for them as an executive director, helping to supervise different projects connected to the open ledger technology, as well as the creation of a stablecoin backed by a fiat currency. He will be also working on trusted execution environment apps and do other crucial things for the firm.

The man is currently 46, and his reported net worth equals approximately $1 bln based on the estimates in October. The data comes from the Hurun firm that watches businessmen with top net worth in China and also around the world. He is also known to be the founder of venture investment firm BitFund in Beijing.

Li has recently put his funds into several blockchain-related businesses. He was also one of the people who founded Grand Shores Global Blockchain Ten-Billion Innovation Fund. This organization was created this spring to support startups dealing with innovations.

Related
Bitcoin Rolls Below $4,000, Top-20 in Red, But Many Altcoins Going North

At Grandshores, they have stated that the size of Li’s compensation is not definite yet, as the board is still to decide on it. Similarly, the period of his work will be defined later on. As per the conditions, he will occupy the aforementioned position until the next board meeting takes place. After that there will be re-elections, the results of which will determine whether he stays at or leaves the company.

The company intends to create a stablecoin that is linked to the Japanese native currency yen later in 2018 or at the start of 2019.

The offended persons responded soon on social media, saying that “only a cheater can call other people cheaters”.

Later on, he apologized via the Chinese social network Weibo, but he only regretted that he had used a lot of curse words and insisted that what he said on the recording was true.