Is China Starting to Realize That Bitcoin Has Strong Fundamentals and Tech? 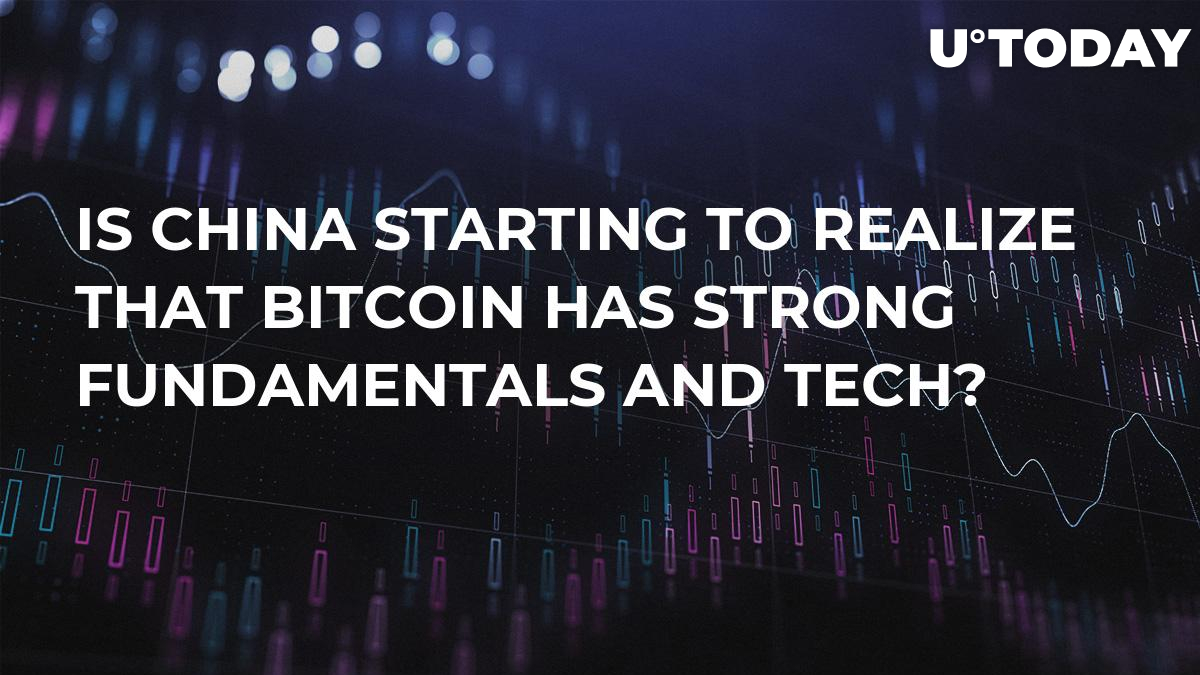 On November 28, China’s Center for Information and Industry Development (CCID) released its latest rankings of 33 cryptocurrencies in the global market. Within one month, Bitcoin moved up six positions from 19th to 13th.

In the past 30 days, no noticeable network upgrade was integrated into the Bitcoin blockchain network and all of the cryptocurrencies in the rankings released by CCID did not experience any major change in their networks throughout November. So what has led China to move up the ranking of Bitcoin?

Out of the the 33 assets, Bitcoin recorded the lowest drop from its all-time high at around 79 percent. On average, the rest recorded a decline in value in the range of 90 to 98 percent, with EOS, Ethereum, and Bitshares, the top three cryptocurrencies on CCID’s list, plummeting by 87 percent, 92 percent, and 94 percent respectively, from their all-time highs.

In October, CCID justified its decision to rank EOS as the top blockchain network for its high-performance decentralized application (dApp) and development platform.

“At present, EOS and Ethereum are undoubtedly the preferred platforms for Dapp development worldwide, and EOS is showing a stronger momentum. The data shows that EOS Dapp is highly active and user increments are large,” the agency wrote.

As seen in the chart below, Bitcoin has constantly processed significantly more value than EOS throughout the past eleven months. In terms of median transaction value and total transaction value, the Bitcoin network has been able to process transactions that are three-fold larger than that of the EOS protocol. 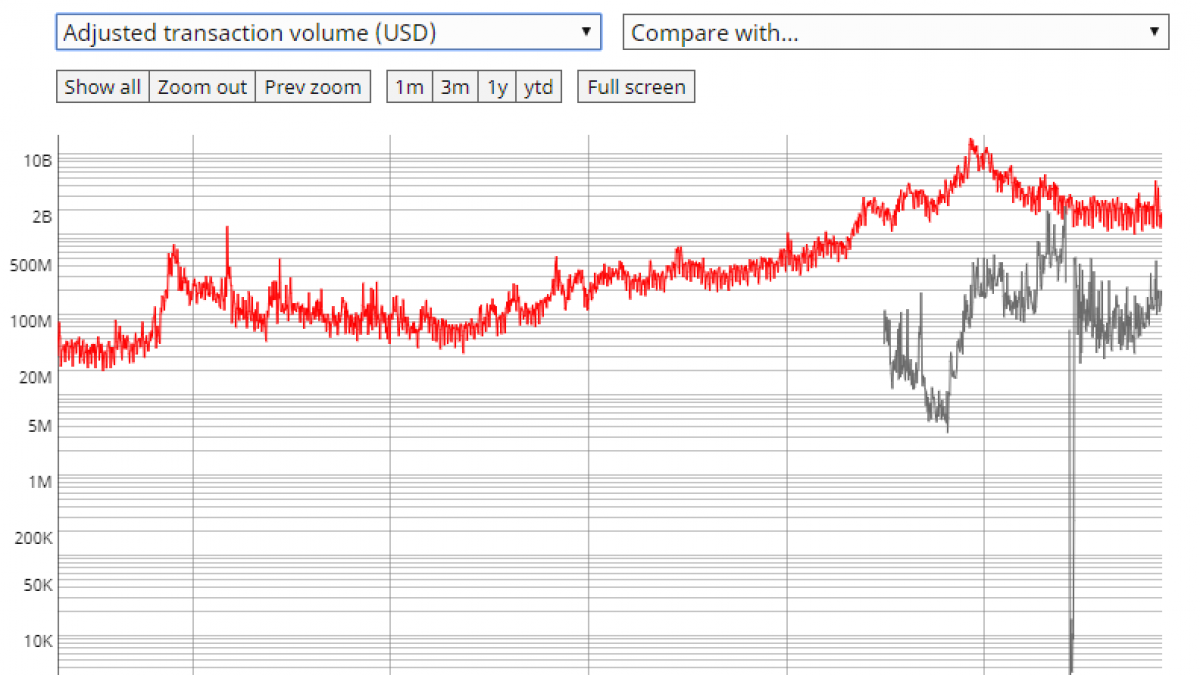 In July, one smart contract on the EOS protocol called Blocktwitter generated hundreds of transactions per second with the message “WE LOVE BM,” hugely inflating the daily volume of the network.

Based on the fact that EOS is able to process millions of transactions per day, its scalability and capacity could appeal to agencies like CCID. While large capacity is important in the long-term, there exists a trade-off between scalability and decentralization, which is not taken into account by the criteria.

Related
When It Rains, It Pours. Ethereum Briefly Dips Below $100

In the past, EOS faced harsh criticism from smart contract pioneers, such as Nick Szabo who said:

“In EOS a few complete strangers can freeze what users thought was their money. Under the EOS protocol you must trust a ‘constitutional’ organization comprised of people you will likely never get to know. The EOS ‘constitution’ is socially unscalable and a security hole.”

EOS could be useful for dApps and developers, and depending on the criteria, EOS could be ranked ahead of top cryptocurrencies like Bitcoin and Ethereum if backed by quantitative data such as transaction volume, user base, and number of dApps.

What CCID fails to consider is that BTC is already being widely used and adopted as a legitimate currency, even by the U.S. government as seen in the recent acceptance of Bitcoin as a payment method for taxes in Ohio.

“I do see [bitcoin] as a legitimate form of currency.”

CCID could place Bitcoin in competition with EOS, Ethereum, and other blockchain networks. However, to rank the most dominant cryptocurrency in many areas behind minor projects with no products is highly unreasonable.