Yuri Molchan
Tether Ltd., the emitter of the USDT stablecoin, pegged to the US dollar, on Tuesday announced its plans to allow registration for new customers 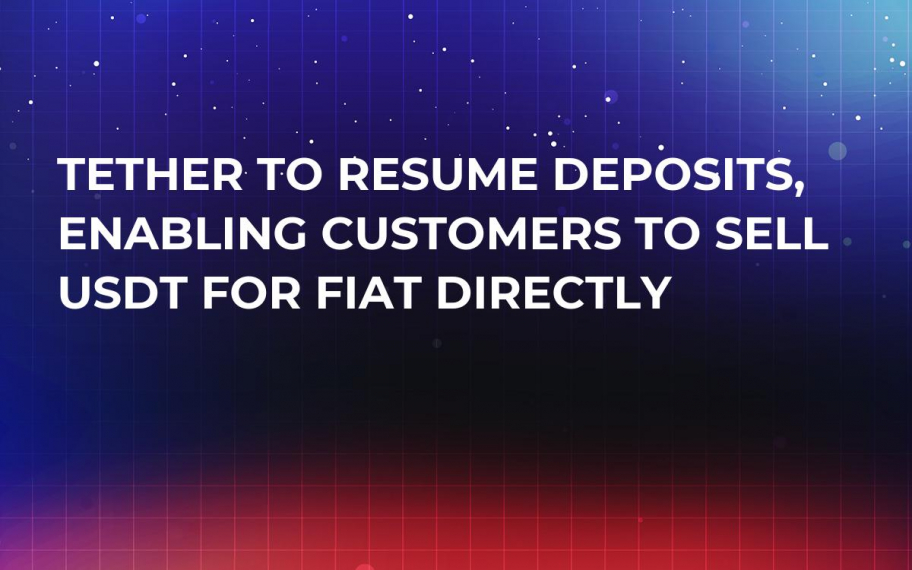 Tether has announced that it intends to resume registration for new clients to let them deposit USDT tokens and sell them for fiat currencies on its own platform.

The company reps promise that the new software upgrade will enable customers to buy Tether coins at a 1:1 to fiat rate. The implementation of this feature is promised soon.

However, the minimum for withdrawing is, reportedly, set to be $100,000, with substantial fees to cap this.

In Tether’s white paper, one can read that coin owners are allowed to sell their Tether coins directly for the currency; USDT says it is backed by the USD. The alleged proof of it is that the company holds enough US dollars in its bank accounts to back the amount of USDT it has issued. 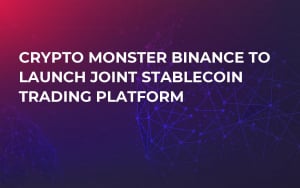 In the middle of the fall, Tether had a hard time not going bankrupt — the loss of its banking partners, the absence of a full audit, which despite its promise Tether has never done yet, caused a break in the coins’ USD backing, and the market price dived well below the USD value back in October.

Presently, Tether’s new partner is Deltec Bank, located in the Bahamas, as per the company.

In its white paper, Tether promised a direct redemption, but that suddenly stopped after the hack that took place a year ago. Customers have been restricted in depositing and withdrawing USDT coins since early spring 2018, when Wells Fargo ceased working with Tether and its banking partners in Taiwan.

Despite the fact that customers were unable to convert fiat into Tether and vice versa on its website, the platform kept saying that customers can do the same thing on a great deal of crypto exchanges where one can sell or buy USDT not only for the USD but for crypto as well.

Since then, the majority of customers took their Tether trading to Bitfinex, a major crypto exchange which seems to have the same management team and shareholders as Tether Ltd. However, on Bitfinex users encountered slow withdrawals, so customers began trading their USDT on Kraken.

After that, Bitfinex set new, higher fees for higher and more frequent withdrawals. Now Tether Ltd. itself has set the minimum withdrawal/deposit amount of $100,000 for 100,000 USDT correspondingly.

Fees for the operations will vary from 0.4 percent (or simply $1,000 if the amount is bigger than mentioned above) to 3 percent of the sum. One is allowed to withdraw USD once per week, and if you do it more often than once a month, fees for withdrawing will be higher.

For depositing, regardless of the amount, customers will have to pay a fixed fee of 0.1 percent.

On Tuesday, the exchange also made a public announcement that clients are now able to trade Tether directly for USD within a trading pair. Bitfinex also mentioned the coming launch of EURT — a crypto coin linked to the EUR.