Yuri Molchan
Since the middle of November, up to 800,000 BTC miners have closed down their operations due to BTC price drops and a decrease in hashrate all over the network 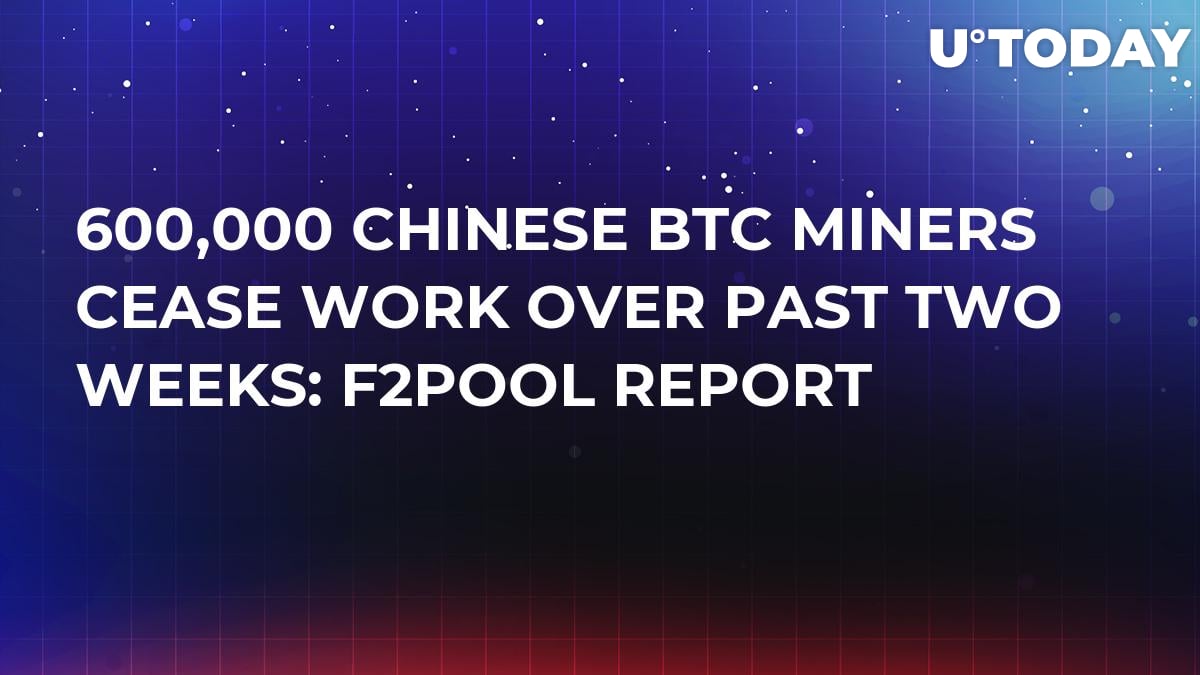 In a recent interview, Mao Shixing, head of Chinese mining company F2Pool, shared that as per his company’s recent study, from 600,000 to 800,000 Bitcoin miners have left their business over the past couple of weeks. In this research, the firm took into consideration the major decline in the network’s hashrate. It also analyzed data regarding the average hashpower of mining processors of old models which are now having trouble making profits.

Overall decline of the BTC hashrate

Data from the blockchain.info website shows a large-scale decrease in the all of BTC hashrate. The site takes into account the total computation power on this first-ever made blockchain platform. The recent data states that the hashrate has declined from nearly 47 mln tera hashes per second (TH/s) on November 10 down to 41 mln on November 24, demonstrating a drop of nearly 13 percent.

Mao Shixing said that the majority of miners have who ceased their work are most probably those who used mining machines of older models, from a production year of about 2016-17. Their hash power is around 10 TH/s and those, as statistics show, are making financial loses right now.

The hashrate of F2Pool presently totals almost under 11.5 percent of the entire BTC platform, and it has also dropped around 10 percent recently, as per Mao. He also mentioned that tens of thousands of miners working with the pool have ceased work recently. This is the situation with BTC mining in China at the moment.

About a week ago, Mao published a photo on his Weibo account (the Chinese analogue of Twitter) — it was a photo of a person packing his mining gear to be sold by kilos. The community believes that mining has become so unprofitable that people have to sell the equipment as copper, but in fact Mao explained that gear in the boxes in that particular photo is as old as hills and is useless for further mining operations.

Winter is coming in China

The founder of F2Pool also shared that the reasons for the decline include the recent fall back of the crypto market, followed by the hard fork of Bitcoin Cash along with a rise for power fees in China. Another important reason is that Chinese producers of mining gear are rivalling between each other, making equipment of older models useless for further mining operations.

Mao explained the double rise in the power tariffs is due to the coming winter, compared to summer when electricity was not used so much. E.g., in summer in some regions electricity cost around $0.030 per 1 Kw/h. Now the price is to reach $0.043 per the same amount of electricity.

Mao assures that the more miners are getting out of business, the lower is the difficulty of BTC mining. Mining is going nowhere. The recent statistics show that the overall BTC mining difficulty has dropped around five percent, thus giving a chance for more profits for those miners who have decided to stay, says Mao.