Denys Serhiichuk
Do bulls have enough power at the recent correction to keep the rise going? 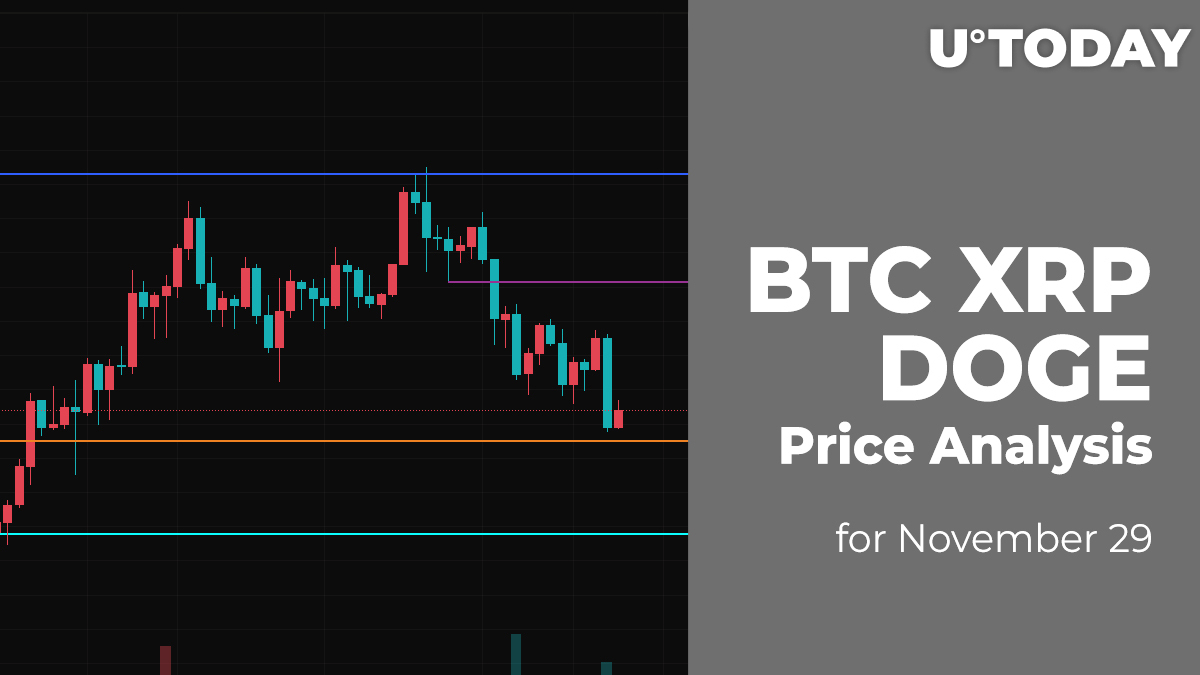 The cryptocurrency market has continued the growth that started yesterday, and all of the top 10 coins remain in the green zone.

Over the weekend, the price of Bitcoin (BTC) consolidated in a sideways channel between resistance at the $55,287 level and support at $53,400. At the end of the week, the bears closed the gestalt, testing the lower border of the sideways range. The monthly minimum has shifted to the area of ​​the mark of $53,300.

This week has began with intensive growth that was supported by rather large volumes. As of this morning, the BTC price has already tested the $58,000 level; however, bulls were unable to break above this strong resistance.

If buyers are able to form another bullish impulse today, the pair can gain a foothold in the area of $​​60,000.

On Sunday, the XRP price renewed its November low at $0.886 and recovered above the level of $0.960 tonight.

In the morning, buyers are trying to break above the two-hour EMA55. If they manage to break through this strong resistance, then the growth might continue above the psychological level of $1.

In the event of support from a large buyer, the pair may be able to test the resistance of $1.10 in the near future.

DOGE has shown the greatest growth compared to other coins from the list with a rise of 9%.

DOGE has successfully bounced off the support line at $0.1940, which means that buyers keep dominating. If nothing changes, the growth may continue to the zone of the most liquidity around $0.25858, where a minor correction could occur. Moreover, the buying trading volume is also rising, confirming bulls' power.