Denys Serhiichuk
Can FLOKI rise against the fall of DOGE and SHIB? 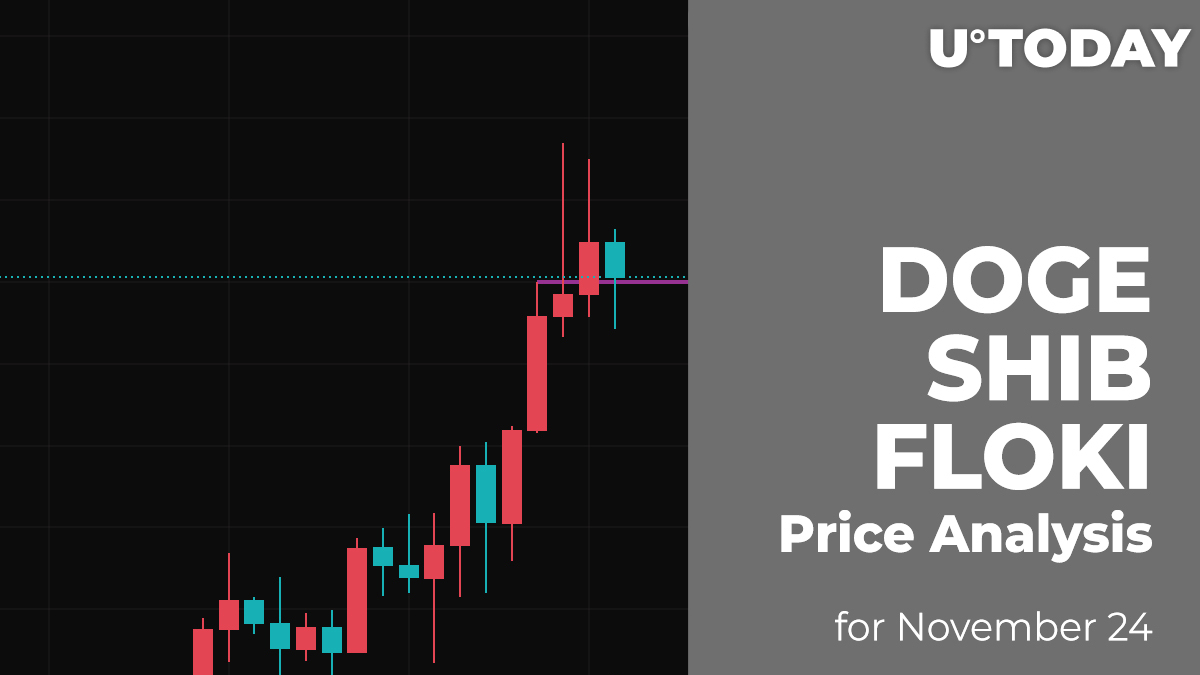 The market has faced a correction today as all of the top 10 coins have entered the red zone.

DOGE is coming closer to the vital support level at $0.1940 on the daily chart. The fall is accompanied by increased trading volume, which means that the breakout may cause a huge drop.

If that happens and the meme coin fixes below the blue line, the decrease may get DOGE to $0.15 soon.

SHIB has lost even more with a decline of more than 10%.

SHIB is facing a similar price action as it is also approaching the crucial level of $0.00003528.

If bears break it, there is a good chance to see the continued decline to the zone of the most liquidity around $0.000030.

FLOKI is not an exception to the rule as it is also going down.

Despite the fall, FLOKI remains trading in a wide channel. At the moment, neither bulls nor bears have seized the initiative so far. However, if sellers manage to fix below the support at $0.00013258 on the daily chart, that may be a prerequisite for a further price decline.