Denys Serhiichuk
Which altcoin out of the Top 10 list is likely to show the biggest price growth within the coming days? 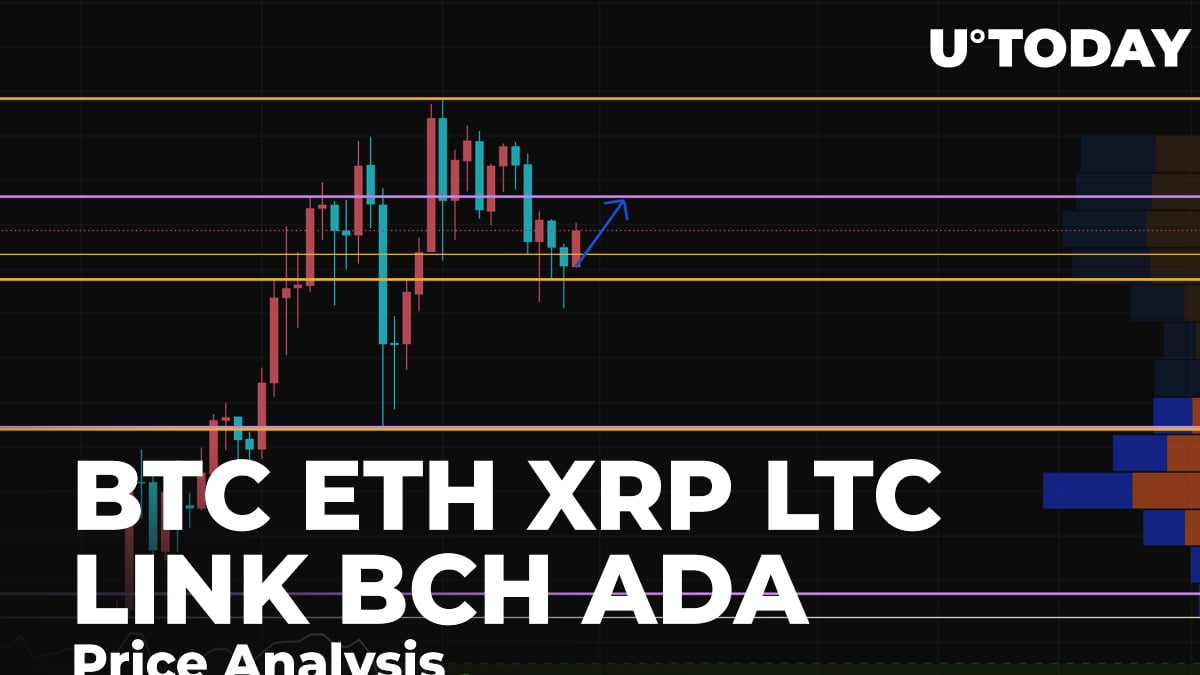 The last day of the week is about to be bullish for the cryptocurrency market as most of the coins are in the green zone. XRP is the only exception, decreasing by 8%.

The weekend has turned out to be bullish for Bitcoin (BTC), as bulls have seized the initiative and returned the rate of the main crypto above $19,000.

On the daily chart, Bitcoin (BTC) has successfully bounced off the support at $17,800. From the technical point of view, the short-term correction has finished, and bulls have seized the initiative.

Such a statement is confirmed by the MACD indicator, which is about to switch to the green zone. If that happens, the rate of the chief crypto may retest the resistance at $19,900 next week.

Ethereum (ETH) is following Bitcoin (BTC) as the rate of the main altcoin has gone up by 0.76%.

Ethereum (ETH) has retested the "mirror" level at $562. Buyers have already seized the initiative and are ready to get the rate of the altcoin to around $650 within the nearest days. Thus, the selling trading volume is declining, implying that the short-term correction has finished.

XRP is the only loser from our list as the rate of the third most popular crypto has fallen by more than 8%.

From the technical point of view, the ongoing drop might not have finished yet, as there was no bounceback after a false breakout. Thus, there is no buyers' interest at the current levels based on low liquidity. All in all, the next stop at which bulls may show resistance is $0.45.

Litecoin (LTC) is not an exception to the rule as the rate of the "digital silver" has increased by 3.39% over the last day.

On the daily time frame, bears are not controlling the situation anymore. Even though the buying volume is low, there is high liquidity focused in the area of $90. If bulls keep their pressure, the resistance may be attained by the end of the next week.

Chainlink (LINK) is also located in the bullish zone today, rising by 4.62% over the last day.

The current price rise might be considered a correction after a sharp drop but not a potential trend reversal. Applying the Fibonacci retracement on the chart, the growth may continue to the 50% level, or the $13.90 mark.

Bitcoin Cash (BCH) is one of the slowest growing coins today. The price rise has accounted for only 2.26% since yesterday.

The correction of Bitcoin Cash (BCH) has also come to an end, which means that the next target is the mirror level at $298. At the moment, it is too early to consider setting new peaks as the volume is not enough for that.

Cardano (ADA) is the fastest growing coin today. Its price has risen by 6.33% over the last day.

Cardano (ADA) could fix above the crucial resistance at $0.1381, implying that bears have failed to seize the initiative. In this regard, buyers may keep pushing to the resistance line of the Bollinger Bands indicator at $0.1274 in the near term.