Denys Serhiichuk
Has the correction of the Top 10 coins finished for now? 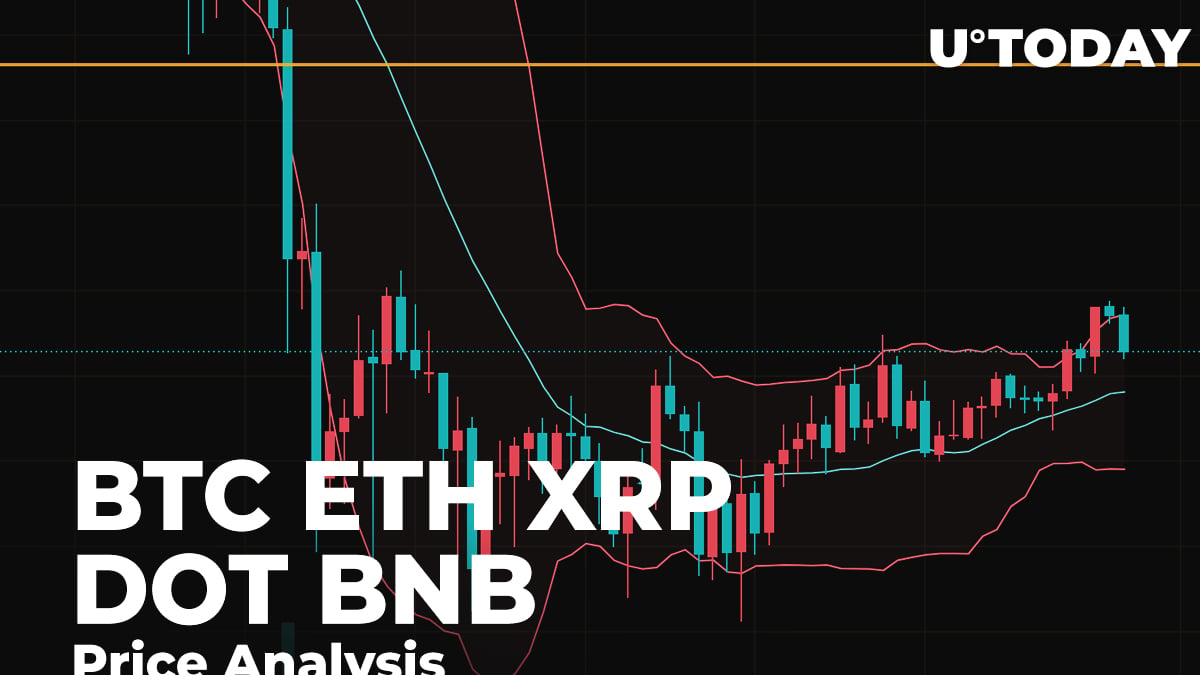 The last day of the week has turned out to be neither bullish nor bearish as some of the Top 10 coins are red while others are in the green zone. The main loser is Chainlink (LINK), whose rate has declined by 0.63% over the last day.

The passing week for Bitcoin (BTC) was not as positive as previous ones. The price change over the last 7 days has constituted +0.78%.

On the daily chart, Bitcoin (BTC) has made a false breakout at the $10,500 mark. Until it breaks that level, it is too early to consider it a long-term bullish trend. The declining trading volume confirms such a scenario.

In this case, there is a high probability of seeing a further drop to the vital support level of $10,000 within the next few days.

Ethereum (ETH) has been more bearish than Bitcoin (BTC) since yesterday, however, the current week has been positive for the leading altcoin as it has added 4.47% to its value.

From the technical point of view, Ethereum (ETH) is trading similarly to Bitcoin (BTC) even though the past week has been bullish for the cryptocurrency. Liquidity is low at the current levels, which means a price decrease to the support area of $355 is likely to occur. Such price action is relevant for the upcoming week.

XRP is the top gainer among the Top 3 coins as the rate of the coin has lost only 0.09% over the previous 24 hours.

On the daily time frame, XRP is not following Bitcoin (BTC) and Ethereum (ETH). There is a high concentration of liquidity in the area of $0.27-$0.30 which confirms a short-term bullish trend. If bulls hold the $0.24 level, the nearest support at $0.2659 may be attained next week.

Polkadot (DOT) is one of the fastest growing coins. Growth has accounted for 8.35% since yesterday, and the price has risen +9.81% in the past seven days.

On the daily chart, Polkadot (DOT) has bounced off the support at $3.70. The selling trading volume is decreasing, meaning that growth is likely to happen soon. In this case, the nearest support at which bears may show resistance is the $6 mark.

Binance Coin (BNB) is the top gainer on our list. The rate of the native exchange token has skyrocketed by 9.18% over the past day.

Binance Coin (BNB) has exited the consolidation phase, having formed a breakout. Even though the bullish trend remains the main long-term scenario, one may expect a short-term correction. The Relative Strength Index indicator is already located in the overbought area which supports an upcoming drop. If that happens, sellers might get the rate to the support at $26.27 soon.