Bitcoin to Be Allowed or Banned in India? Court’s Decision Due in Four Weeks: Unconfirmed Report

Yuri Molchan
Two days ago, the Supreme Court of India gave the Union of India four weeks to finally produce a policy regarding Bitcoin and other crypto 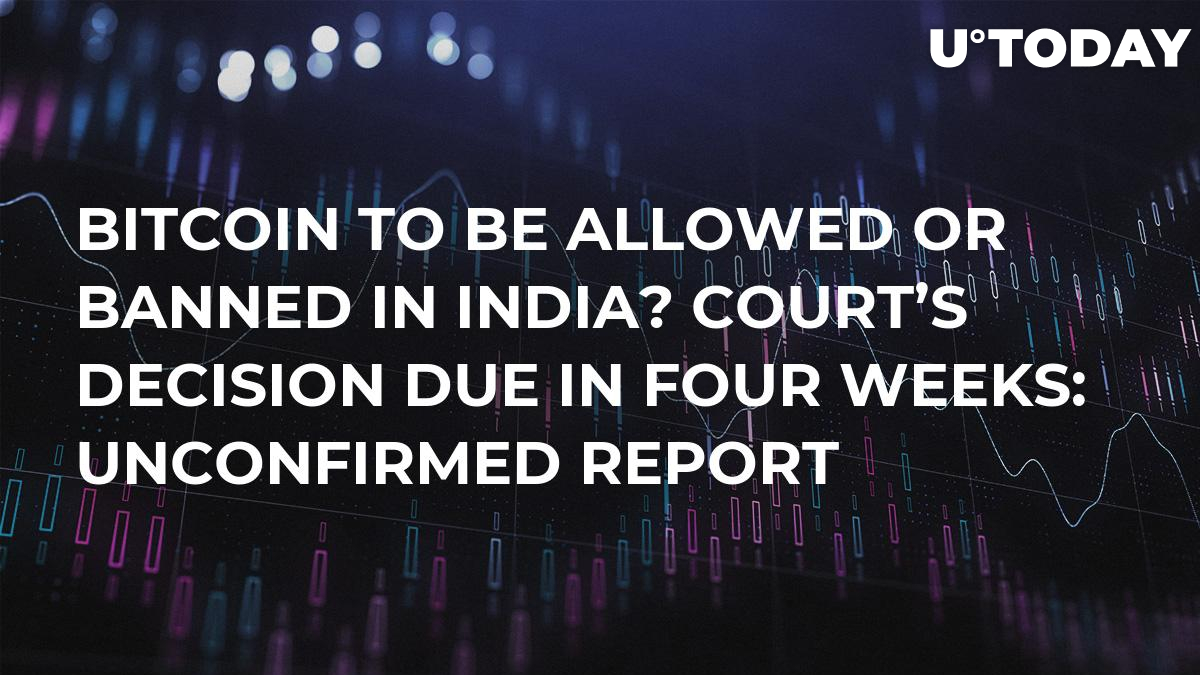 The Supreme Court (SC) of India reportedly notified the Union of India that the latter has a month to decide on further cryptocurrency legal status in the country. If it fails to do so for whatever reason, the SC will have to make up their own rules.

There is only one problem: no major sources from the Indian government have actually confirmed this, leaving these reports in the status of rumours. All the info that is floating around the media is far from the first-hand origin.

Could it be fake news?

The first source to post the information about the Union of India and Bitcoin was Inc42. This news outlet mentions two particular judges of the Supreme Court who allegedly made this ruling.

Supreme Court has granted 4 weeks to Indian Government as the final opportunity to bring about a policy (Rules and Regulations) on Crypto currencies!

For details, please watch this video both in Hindi and English. https://t.co/R8E5wuGPHJ

Still, where these articles came from remains unconfirmed. In regards to the ruling, no official papers from the court seem to exist. There is a possibility that the decision indeed was made, but if this were true, there should be an official confirmation out on the Internet soon. Until it is confirmed, all this seems nothing more than a jungle telegraph.

Anyway, everything should clear up by March 25.

Right now, the Supreme Court is working on two cases to do with crypto assets in India. One legal case was filed by the side that is trying to get digital assets banned – the Reserve Bank of India.

The other side consists of companies and startups working with crypto – mainly crypto exchanges.

If the news above proves to be true, then the SC seems to be looking for a happy medium to satisfy both sides of the issue.