Yuri Molchan
Gerry Cotton, the former CEO of QuadrigaCX, who recently died on a travel in India revealed in an old interview that he liked to store private keys on paper wallets 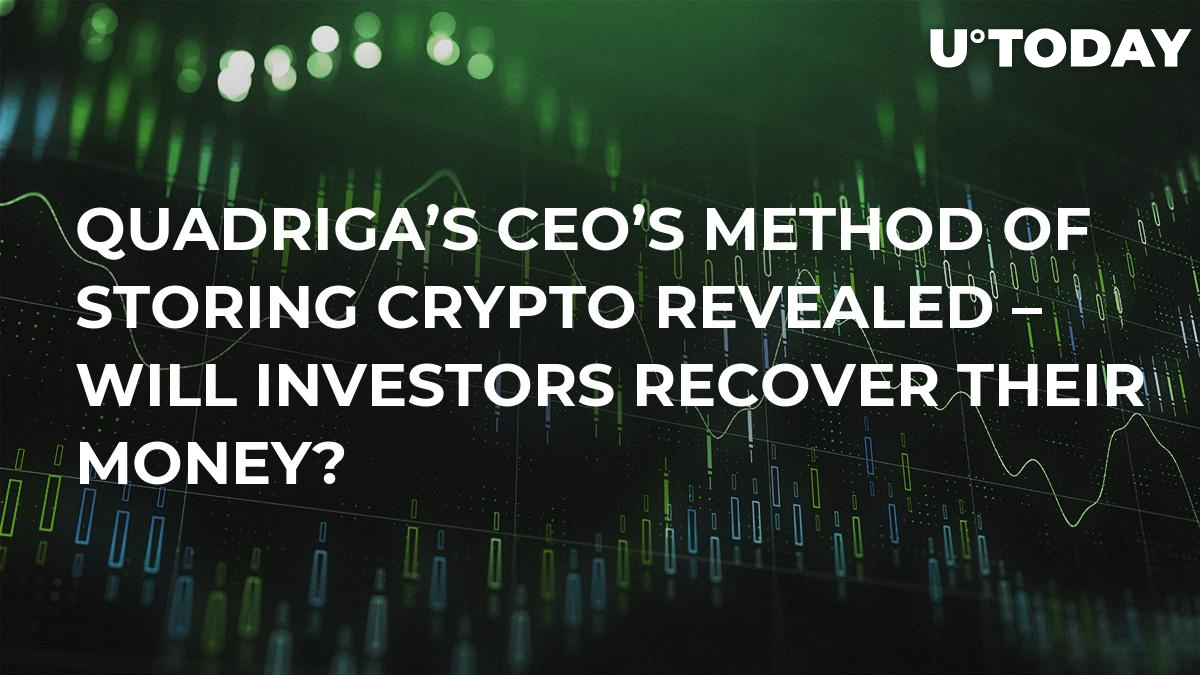 Bloomberg reports that the late CEO of the QuadrigaCX Canada-based exchange revealed in a 5-year-old interview about his secure method of storing private keys to cold wallets – paper sheets.

Gerry Gotten died in India in December 2018. Since he was running the exchange from his laptop, the $143 mln of customers’ funds are now locked in the cold wallets. Users have taken the case to court and the exchange team has been given a month to find a way to recover the lost money of the investors.

In an interview the late CEO gave five years ago, he revealed that back then he was also storing customers’ crypto on cold wallets for security reasons but since if private keys are lost it is impossible to recover the crypto, Gotten kept the printouts with keys to wallets locked away in a bank safe. So he told his interviewers.

Now this seems to be the only hope for the investors of QuadrigaCX to get their crypto funds back from the grave of the CEO – good chances are that the methods of looking after crypto entrusted to him have remained the same since 2014.

The famous crypto twins, Tyler and Cameron Winklevoss, seem to be following a similar strategy as they are also in charge on investors’ money due to running the Gemini exchange. In 2017, during an interview they disclosed the fact that they keep private keys to offline vaults with crypto on pieces of paper.

What is more, they divide those is two or more parts, storing them in different locations in bank deposit boxes for better security – this way if one part falls into the hands of hackers they will not have the other part, which makes the whole theft useless.

Recently, U.Today reported that the CEO of Binance, Changpeng Zhao, publicly expressed his doubts regarding the QuadrigaCX case, saying that it looks like an exit scam.

CZ did add, though, that he may not be aware of important details and may change his opinion if they emerge in the future.