Alex Dovbnya
Is the Oracle of Omaha warming up to Bitcoin? It doesn’t seem so. However, his stance on Blockchain might surprise you 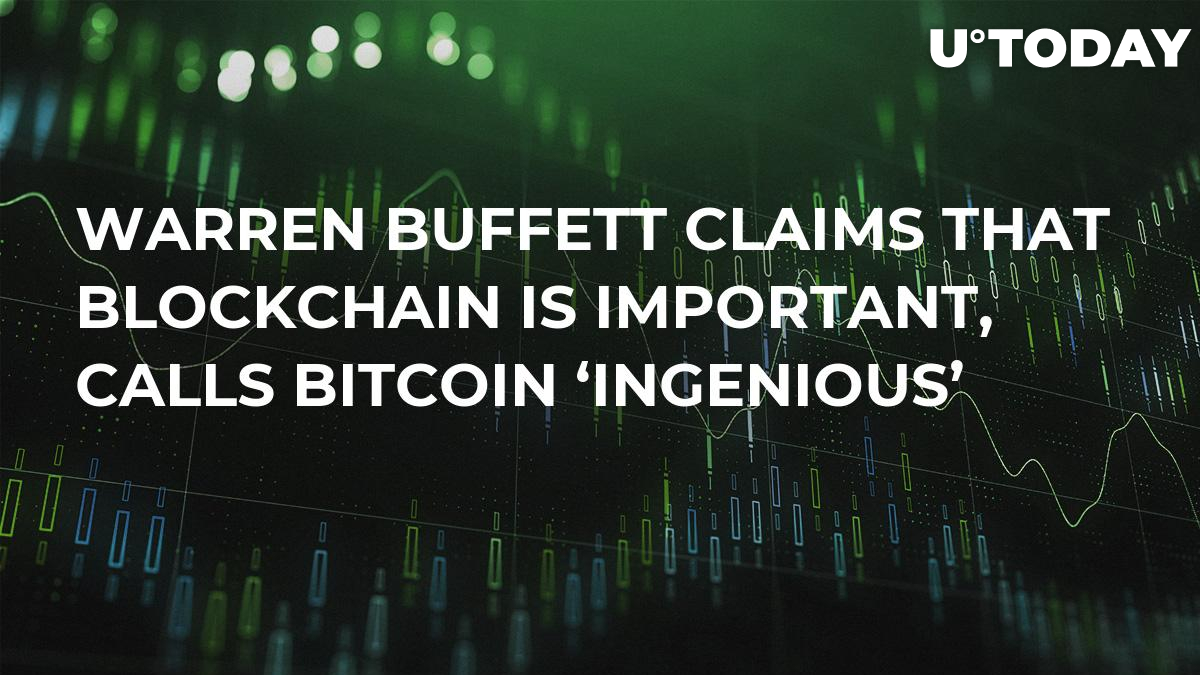 During a recent interview with CNBC’s Becky Quick, Warren Buffett, the legendary American investor whose net worth currency sits at $82.9 bln, once again weighed in on Bitcoin. Surprisingly enough, Buffett called Bitcoin ‘ingenious,’ but the Oracle of Omaha is still far from becoming a crypto proponent.

When Buffett was asked about his current stance on Bitcoin, he had some meager words of praise, claiming that Bitcoin is ‘ingenious.’ Make no mistake — he still hates Bitcoin. Buffett lashed out with criticism at the number one cryptocurrency, claiming that it ‘has no unique value,’ and ‘it attracts charlatans.’

However, Blockchain, the technology that underpins Bitcoin, is important, according to Buffett. He further mentioned that ‘Blockchain doesn’t depend on Bitcoin.’ Hence, the third richest person in the world pushes the ‘Blockchain over Bitcoin’ narrative that is currently prevalent in the crypto space.

Notably, Buffett also mentioned JPMorgan’s JPM Coin, which is pegged to the US dollar.