Cryptopia Exchange Publishes New Figures of Crypto Lost in Hack, About to Relaunch 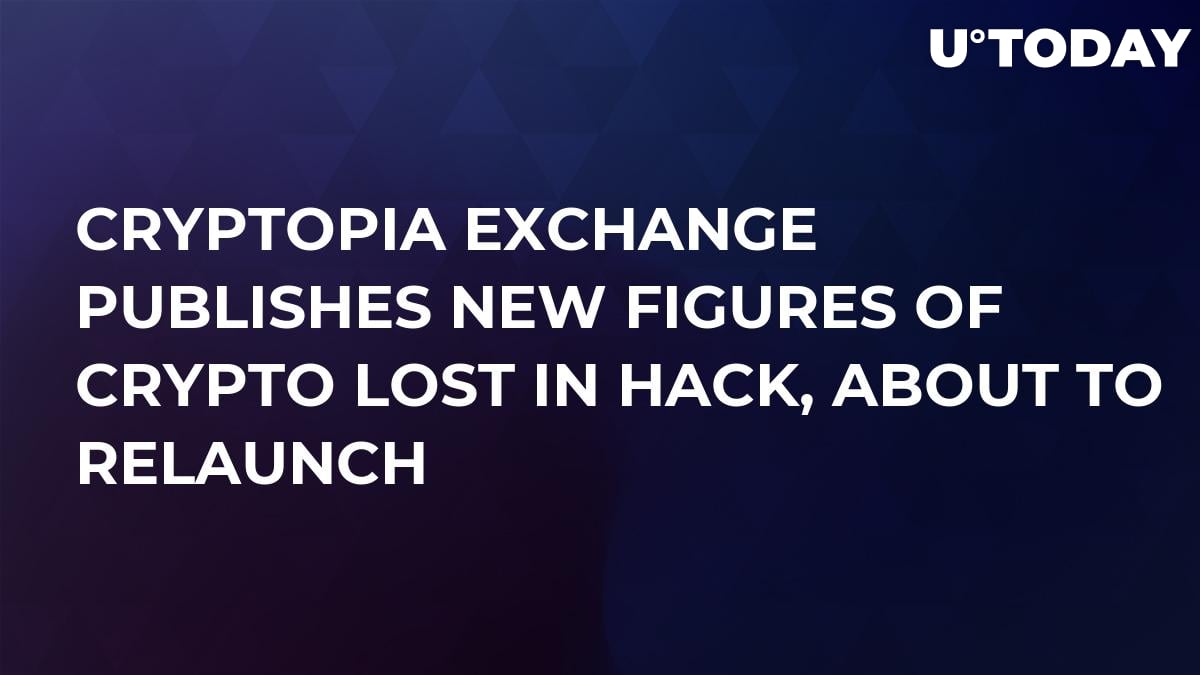 Since the hacker attack on Cryptopia took place, the management team has hardly been giving any comments, explaining this as advice from the police to remain silent on the issue.

However, on Wednesday, Feb 27, the platform took to its Twitter account to share the results of the most recent calculations and investigations and revealing the overall monetary damage.

In one of the tweets on the subject, Cryptopia says that the latest calculations and reviews make the overall amount of crypto lost around 9.4 percent. The exchange is still busy estimating the damage suffered in the cyber-attack in January. Although, it is not clear how much this is in crypto or fiat.

Update:
We are continuing to work on assessing the impact incurred as a result of the hack in January. Currently, we have calculated that worst case 9.4% of our total holdings was stolen. Please keep an eye on our page for further updates today.

The exchange went offline in mid-January after leaving a message on Twitter, saying that they had suffered a hacker attack over a security bug that caused great losses. No further comments were provided, since Cryptopia wanted for the police to finish their investigation.

A little later, a local blockchain and crypto expert published a blog post, saying that the NZ police are unable to solve this case, suggesting that proper stat regulations for crypto must be implemented in the country to make this sphere secure.

Related
Hacker Gets Away with 2.09 Mln EOS Due to Failed Blacklist Update, Huobi Blocks Its EOS Accounts to Find Culprit

DLT analytics firm Elementus made their own estimate of Cryptopia’s damage, saying that the platform could have been robbed for around $16 mln in ETH and ERC20 coins.

Later on, media reports emerged, saying that the hackers did a second attack, stealing another 1,700 ETH, which back then was worth a little over $180,000. However, the New Zealand police denied these assumptions.

In the most recent tweet, the exchange team made it clear that currently new wallets have been set up and that now each of them is undergoing an individual check to secure customers’ funds in the future.

They are also warning customers against depositing any crypto into their old wallets.

Cryptopia is apparently getting ready to resume trading soon.

Update: We are securing each wallet individually to ensure the exchange is fully secure when we resume trading.
We have more updates to come today, please keep an eye on our page.