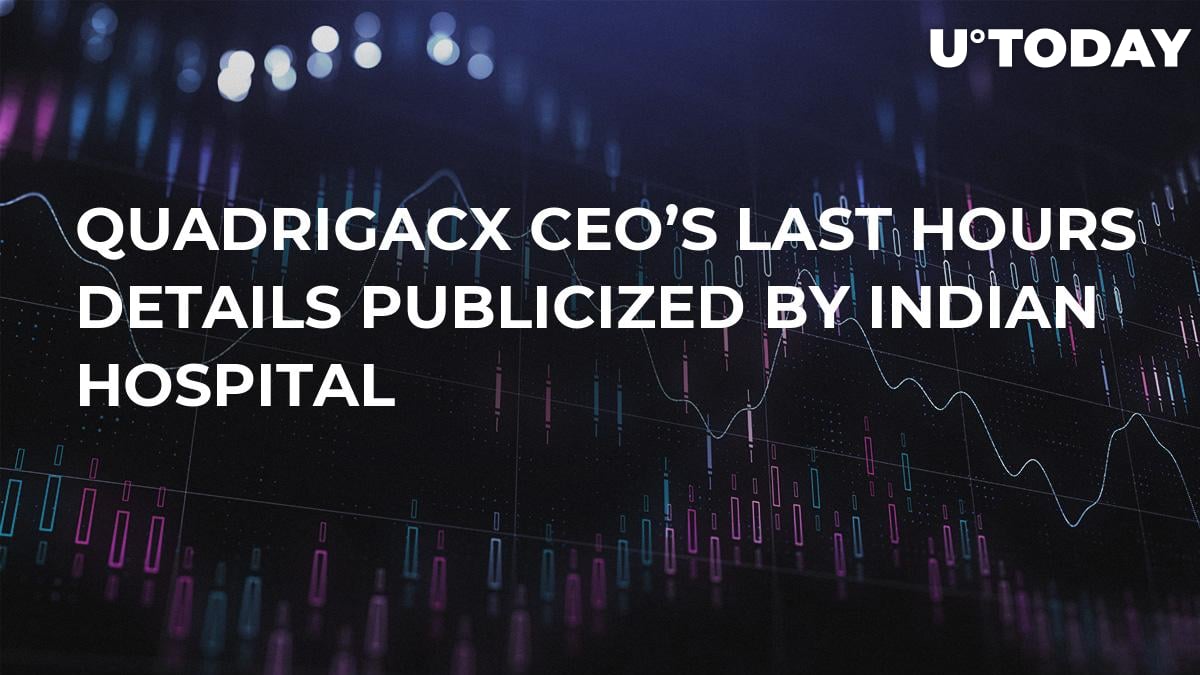 Gerald Cotten, the head of the popular Canada-based platform QuadrigaCX, passed away in Janipur, India in a private medical institution, Fortis Escorts. The statement made by the hospital mentions that the CEO was transferred to Fortis Escorts on December 8. His death took place due to cardiac failure on the night of December 9.

His death was confirmed by two papers issued separately by two different organizations: a funeral home and the local government agency in the city of Rajasthan, where Cotten died.

The crypto CEO arrived to the hospital in a bad state and was diagnosed with Crohn’s illness. He had been taking antibodies for a while already, as per the staff at Fortis Escorts. When he was admitted, Cotten was having septic shock along with other serious consequences of his difficult health state.

On December 9, Cotten had cardiac failure, but he was revived using cardiopulmonary resuscitation. However, the state of his heart kept going worse. He did not survive the second cardiac arrest.

Related
Tron Price Perspectives – Will TRX Be Able to Join Crypto Top 5 and When?

Consequences of Cotten’s passing away

The man’s death has brought up numerous rumours regarding the QuadrigaCX platform.

Earlier, U.Today reported that it ceased its online presence last week and left thousands of its clients with no funds, since the deceased CEO was the only person able to access the crypto wallets with customer assets.

It has been calculated that the exchange owes its customers around $190 mln in fiat and crypto.

Earlier this week, the court gave the QuadrigaCX management team a month so they can try and find resources to reimburse the customers of the exchange by finding passwords to the wallets.