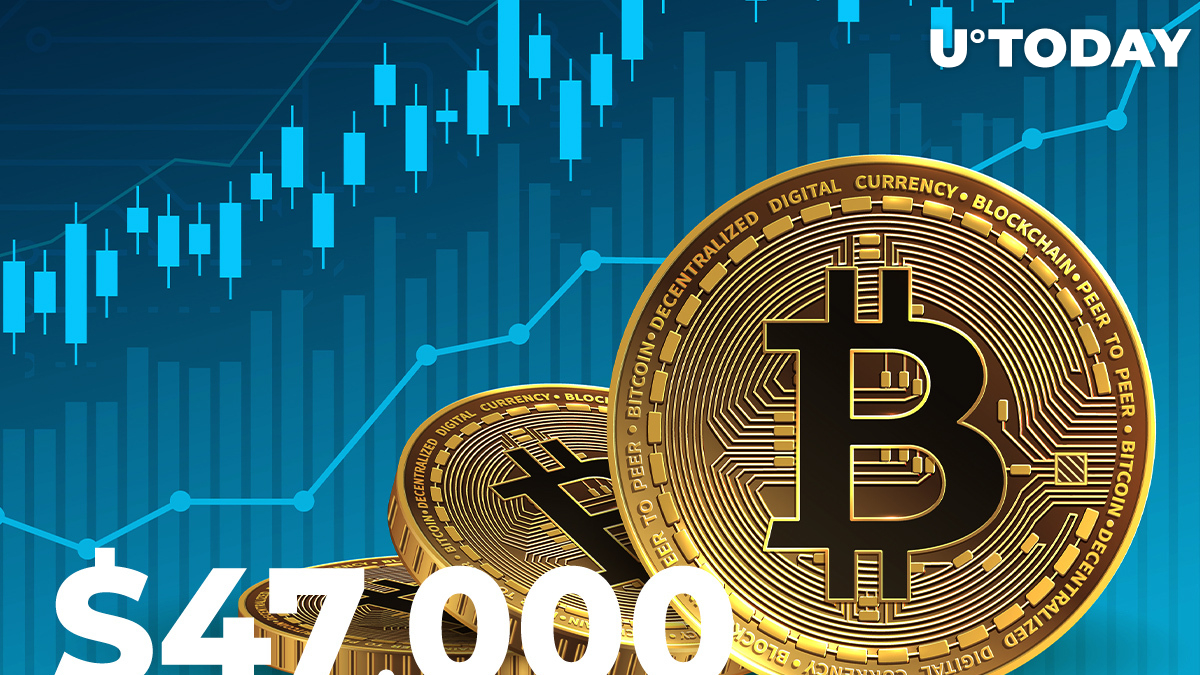 Bitcoin, the largest cryptocurrency, shattered all records on Feb. 8 with its meteoric rally to a new all-time high of $48,216.

At press time, it is consolidating above the $47,000 level on the Bitstamp exchange.

Bitcoin and Ethereum are now cumulatively worth over $1 trillion.

As reported by U.Today, Bitcoin immediately started marching toward new all-time highs after Tesla, the seventh-largest company in the world, disclosed its $1.5 Bitcoin purchase.

Among public companies, the world’s largest electric car manufacturer is only behind trailblazer MicroStrategy in terms of the amount of Bitcoin held on its balance sheet. The massive Bitcoin bet accounts for 10 percent of Tesla’s cash reserves.

On Feb. 8, Bitcoin added $7,576 in one daily candle, breaking all previous records. To put this massive “Elon pump” into perspective, the cryptocurrency was trading at less than that back in April 2020.

“The tip of the spear”

BKCM founder Brian Kelly recently told CNBC’s Mellissa Lee that Tesla was only “the tip of the spear” for Bitcoin, expecting other major public companies to follow its lead:

This isn’t going to be the only one. This is just really the tip of the spear.

In its new report, brokerage firm RBC Capital Markets suggests that Apple, the most valuable U.S. company, could launch its own cryptocurrency exchange. It would be able to fund its development by adding Bitcoin to its balance sheet:

For example, if the firm purchased $5 billion of bitcoin (20-25 days of cash flow), the price of the underlying asset would need to rise by 10% for the firm to fully fund the entire project in the first place. This is a solid value proposition in our view as the business would be funded without diluting any other projects at the firm.