Vadique Magenta
The cryptocurrency market has emerged from a powerful correction and is heading toward recovery with three possible scenarios. 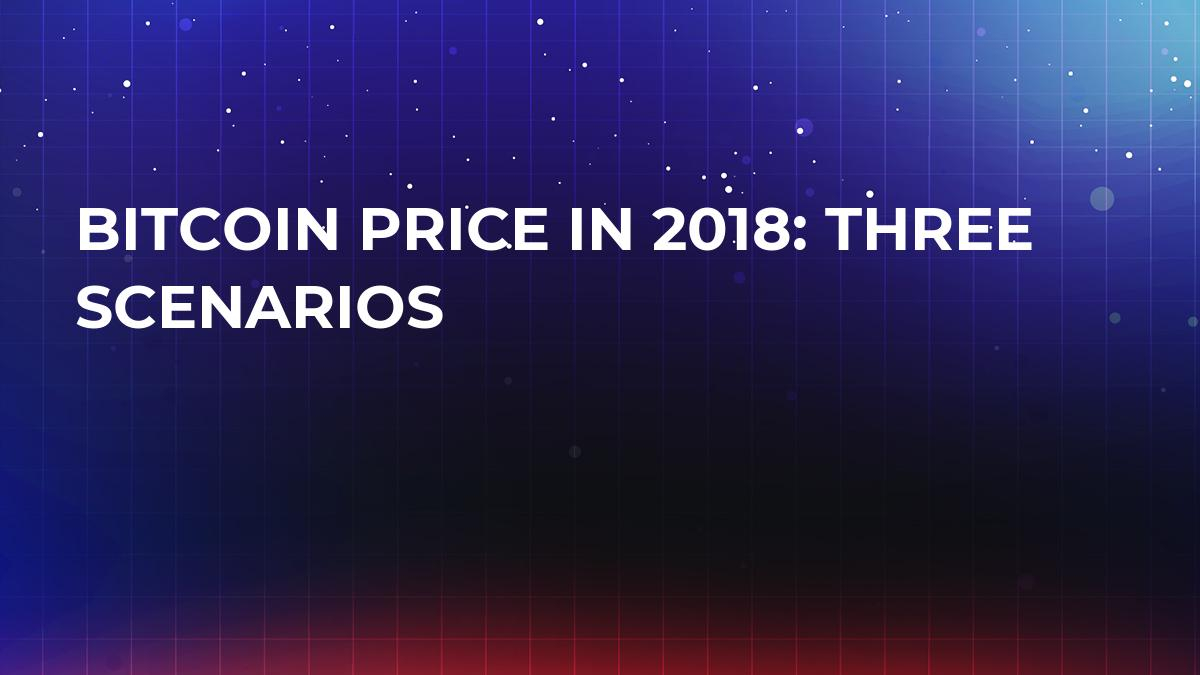 We have now emerged from one of the most powerful corrections in the history of Bitcoin.

Almost 70 percent in 50 days is no joke, but it’s an excellent setup for the future. The main growth trend has remained untouched and new horizons open up before us. The five low-order waves have formed a big higher-order wave and we can predict, with high likelihood, that the price is at the start of a third wave.

Sure, it will take some time, but we are not in a hurry…

While evaluating the current Bitcoin situation, I noticed that I’ve seen a similar scenario somewhere before— Ethereum in 2017. We all recall how as a result of rapid growth, Ether reached historic heights around $400, and after that underwent a 67 percent correction down to $135. After the correction, it nearly regained its maximum, only to be corrected again by 50 percent. This was followed by a long sideways movement, and only after that — an ascent to new highs.

The possibility of this scenario repeating seems plausible for several reasons. First, the structure of the impulse is similar: rapid growth and a sharp, angular correction. Second, "smart" money has entered Bitcoin at an average price in the vicinity of $7,000 and from the current level, there will be a push to at least $14,000. This will create prerequisites for the formation of an “Ethereum 2017” structure.

Third, Blockchain technology itself is increasingly introduced into people's lives at all levels, from its implementation in mass payment systems based on instant messengers (XEM, TON) to state cryptocurrencies (PTR). It is clear that the recent correction does not possess any fundamental causes, rather, it is emotional and manipulative. We observe a young bullish market that has no room for protracted depressions at this stage of development.

At the same time, let’s review what kind of year it has been. Under the Chinese sign of a Fire Rooster, 2017 brought turbulent and, even, excessive growth. Now, it is succeeded by the year of the Earth Dog, marked by signs of integration and expansion. These are completely different qualities: with respect to the cryptocurrency market, I interpret them as understanding and acceptance of the current levels, as well as medium term work in the established range.

In 2018, the struggle and residual pressure from classic financial structures will continue. “Too big to fail,” as they say. States are not in a position to stop the triumph of Blockchain, but will periodically intervene in the evolution process with regulatory attempts that will provide volatility to the market.

Technical, fundamental and astrological reasons suggest 2018 is unlikely to see any rapid, vertical growth. At the same time, I expect strong volatility in the range of $6,000 - $18,000. According to the similar scenario of the trading pair ETH/USD in 2017, I am expecting the formation of a global pennant.

For an objective assessment of the market situation, I am offering you two more possible developments for price recovery and a third wave with new highs. Although, I view them as less likely compared to the main scenario described above.

The second possibility can be called "organic recovery." This is based on the historic example of the Nasdaq index, with one difference — the periods there are much longer. Nasdaq’s 15-year cycle corresponds to approximately two years in the cryptocurrency market. We are moving seven times faster!

Generally, we can assume that recovery will take the shape of smooth, organic growth. This scenario cannot be ruled out, but given the nature of the cryptocurrency market, one shouldn’t really expect something to this effect.

Finally, the third scenario of reactive recovery and development is the least likely, but at the same time, the most eagerly awaited. That would be an update of the maximum right in the first period (by early May 2018), which would be anomalous and unnatural given the overall growth/correction structure. I think that buyers simply do not have enough time to establish reliable support levels before storming historical highs. Moreover, even in the cryptocurrency market with extreme volatility, I couldn’t find historical examples where an asset would show new highs sooner than within two periods after a correction of more than 50 percent.

Nevertheless, this scenario cannot be ruled out in the event of extreme circumstances. If the decline of the US market, which began on Feb. 5, entails a global financial crisis, then we can expect abnormal Bitcoin growth in the role of digital gold, and subsequently, growth in the entire cryptocurrency market.

Wishing you profitable transactions and peace of mind.