Yuri Molchan
ADA has reached a new all-time high, rising to $2.18, while Peter Brandt’s chart suggests he may be expecting the coin to hit $2.26 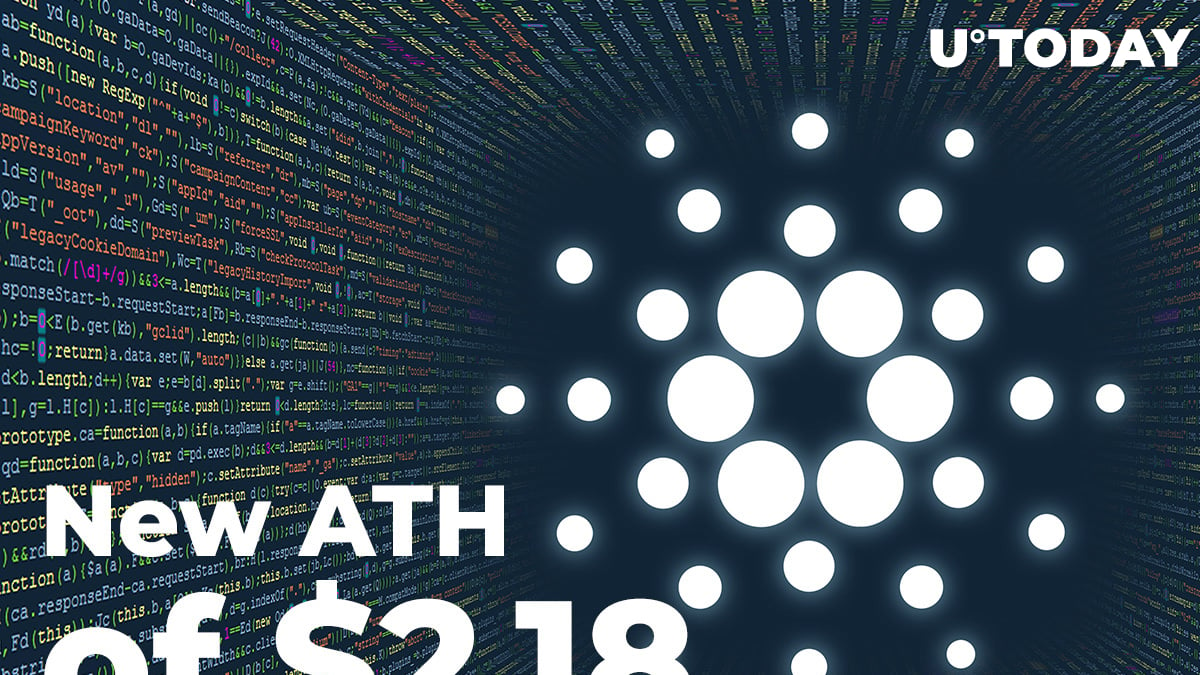 Four hours ago, Cardano’s native cryptocurrency, ADA, reached a new historic peak, surging 17 percent to hit $2.18, as per the data shared by the CoinMarketCap platform.

Meanwhile, old-school savvy trader Peter Brandt has shared a chart that suggests ADA is likely to keep rising and reach the $2.26 level.

Despite the overall sell-off in the crypto market and in particular Bitcoin being unable to recover the $50,000 level at the moment after the infamous tweet by Elon Musk, Cardano’a ADA has gone up to a new all-time high of $2.18.

In the past twenty-four hours, the fifth largest cryptocurrency (the level ADA just regained earlier this week) has soared more than 17 percent.

As reported by U.Today earlier this week, in a Twitter thread, the Cardano Foundation made a case for Tesla to embrace ADA after Elon Musk addressed the carbon footprint issue and Bitcoin miners contributing to it heavily.

In a Cardano graph, a savvy commodity trader Peter Brandt has explained how he “ballparks” targets in all markets he trades on, including the crypto market.

As an example, he showed the ADA/USD pair, showing that he might be expecting the fifth largest crypto to hit $2.26.

The legendary trader has also revealed some of his trading strategies, or rather, methods he is not keen on. In particular, he has revealed that he does not use Fibonacci extension levels.