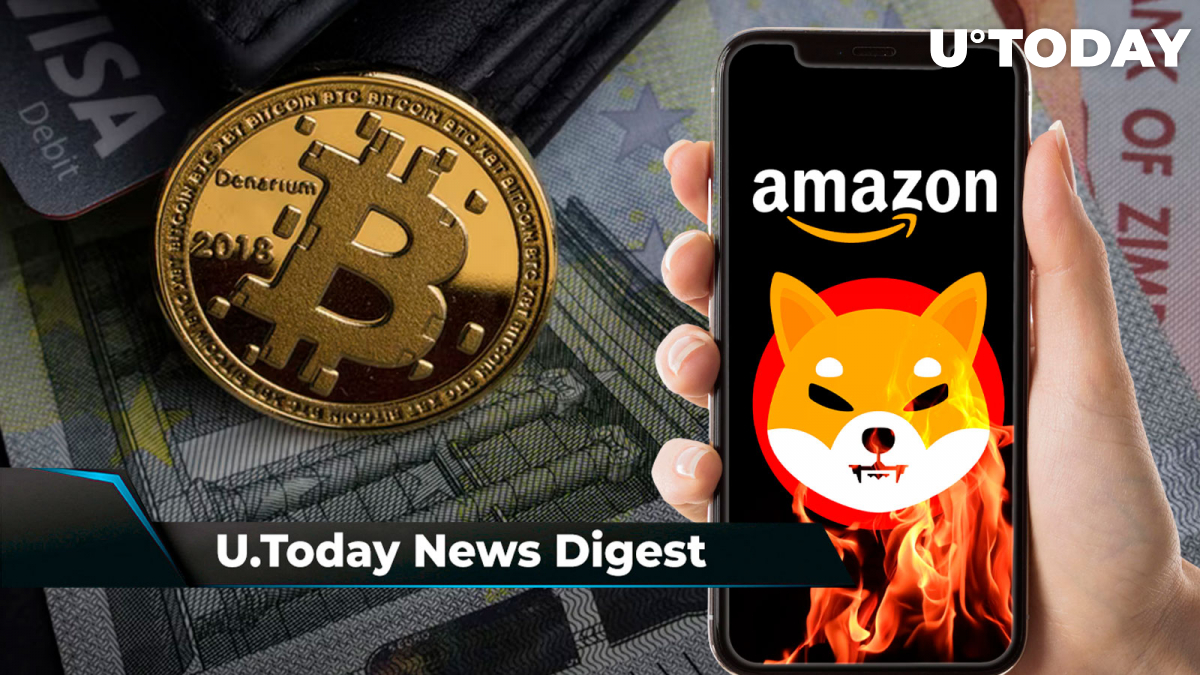 According to its recent blog post, Binance, the world's biggest cryptocurrency exchange, will run maintenance for Tron wallet starting on June 23. The maintenance procedure will last one hour, during which all deposits and withdrawals will be suspended. However, Tron trading operations will not be affected during wallet maintenance and will continue. Binance does not plan to make any further announcements regarding the start of the technical procedure or the end of it. A week ago, Binance suddenly suspended deposits and withdrawals of Bitcoin, stating that the issue was caused by a stuck on-chain transaction.

More than 70 million SHIB burned via Amazon this Sunday

Travis Johnson, game developer and owner of the online shop where he sells his own games for mobile phones and SHIB-branded goods, has tweeted that during his regular Sunday burn he destroyed more than 70 million meme coins. Nearly a month ago, the shop was picked for an Amazon affiliate program that also allowed buying SHIB, using the commissions, and then adding these tokens to the general burn pot. Shiba Inu are bought using a portion of the profits from ads in smartphone games and from selling the merch and goods mentioned above.

No cryptocurrency or crypto-related project is immune to criticism, and neither is Cardano, often being compared to a ghost chain. In response to one such invective tweet, Cardano creator Charles Hoskinson rose to the defense of his brainchild, saying that he and the ADA community need to get the message that Cardano is not a ghost chain and smart contracts are here. In a different post, Hoskinson wrote that Cardano needs an army to change the world, but it would not be able to do that only talking through the blameless and pure.

At the moment, according to CoinMarketCap data, Cardano ranks the seventh largest cryptocurrency by market capitalization. Its native asset, ADA, is changing hands at $0.5, up 3.4% over the past 24 hours.

Max Keiser, a well-known Bitcoin maximalist, predicted that during this year, Bitcoin will surge to the $220,000 level, suggesting one solid reason for this to happen. This reason is  the firmly limited Bitcoin supply programmed by Satoshi Nakamoto. Also, every four years, a so-called halvening occurs. With more than 18 million Bitcoins already mined, producing the remaining three million will take many years. The previous BTC halving took place in early May 2020, so the next one is expected in 2024. Keiser has shared a similar prediction earlier this year, stating that the high growth of the BTC price will be preceded by the massive growth of Bitcoin's hashrate.