Yuri Molchan
The OKEx exchange that has suspended withdrawals holds 200,000 BTC in its wallets, meanwhile its founder has allegedly been detained by the police in China 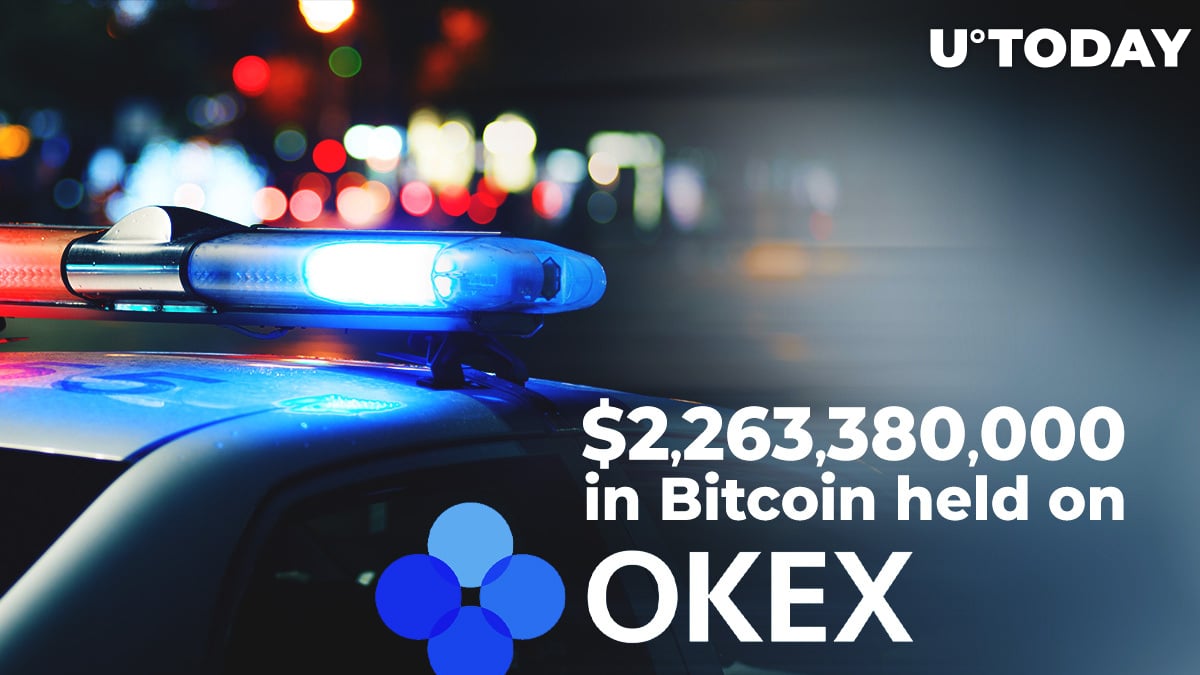 Glassnode analytics supplier has shared data, according to which there are now around 200,000 BTC stored in crypto wallets of the OKEx exchange, which suspended withdrawals a while ago.

Meanwhile, Chinese media reports that the founder of the company, Xu Mingxing, has been arrested.

As per a recent tweet by Glassnode, the Malta-based OKEx crypto exchange who suspended crypto withdrawals now holds over $2 bln worth of Bitcoin in its wallets – that is 1.1 percent of the whole BTC supply in circulation.

As reported by U.Today earlier, Bitcoin responded to the news of the OKEx issues immediately by dropping almost three percent in half-hour.

Experts believe that the recent case of the UK SEC against the BitMEX exchange and now the case with OKEx may signify that regulators are trying to get the crypto trading business under control.

OKEx founder arrested – did he cause the withdrawal suspension?

The OKEx CEO Jay Hao earlier tweeted that the company had trouble contacting with one of the private key holders of the exchange.

As per Hao’s tweets, that person was prevented from assisting with withdrawals by the police in China and was cooperating with the authorities on his/her personal issues.

Hao assured the community that all funds are safe and that the current issue would not impact trading operations.

Now the news is being spread by Chinese media agency Caixin that the OKEx founder, Xu Mingxing, was detained by the police a week ago. As per the article, he was the person who is cooperating with the authorities and forced all withdrawals to be suspended.

The Chinese news agency stated that the guy had also cooperated with the police two years ago on accusations in connection to a crypto fraud.