Alex Dovbnya
Authorities are investigating OKEx as it suspends withdrawals 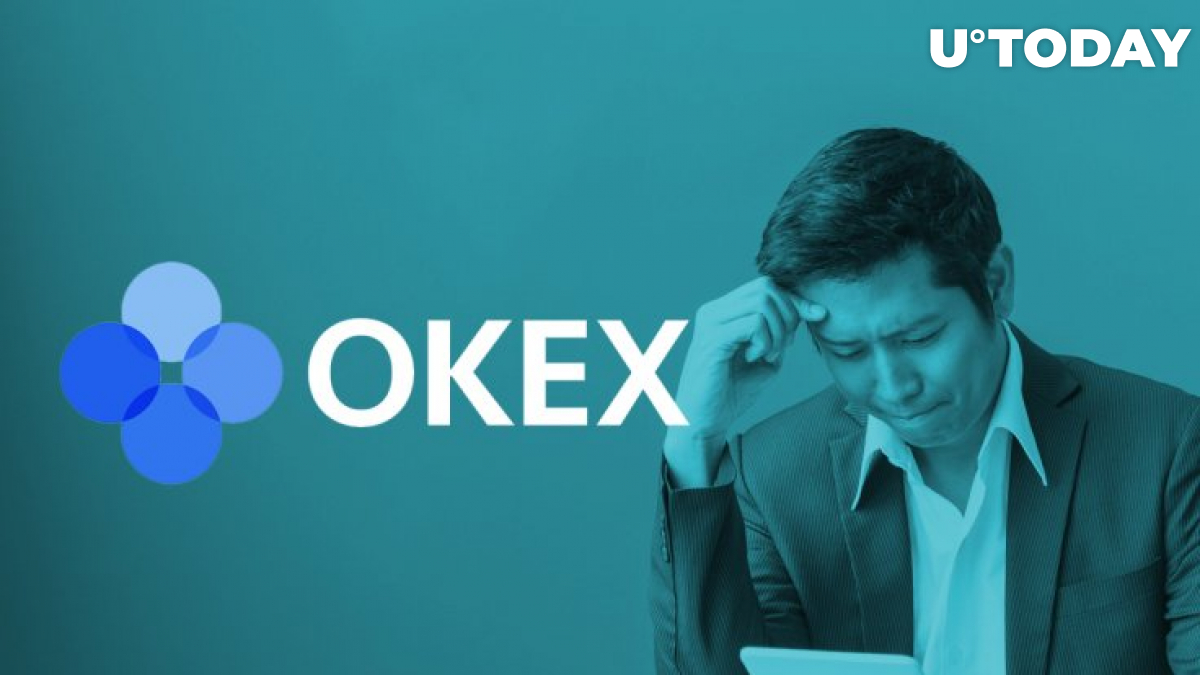 Malta-based cryptocurrency exchange OKEx has suspended withdrawals due to an ongoing investigation by authorities:

“One of our private key holders is currently cooperating with a public security bureau in investigations where required. We have been out of touch with the concerned private key holder.  As such, the associated authorization could not be completed.”

OKEx “assumes” that the security of its assets will not be affected.

Bitcoin sharply dropped over 2.7 percent on the announcement to an intraday low of $11,200 at 4:26 UTC on the Bitstamp exchange.

OKB (OKB), the native token of OKExChain, also took quite a beating, collapsing by more than 14 percent, CoinMarketCap data shows

Earlier this month, BitMEX, one of the largest derivatives exchanges and OKEx's arch-rival, got sued by the CFTC for illicit trading and money laundering while three of its co-founders got indicted by the DOJ.

Related
BitMEX's Competitors Thriving Off Its Downfall. Will They Be Next?

BitMEX was able to process withdrawals, and it has been hemorrhaging its Bitcoin reserves since the start of the crackdown.

Roughly $36.6 mln worth of Bitcoin (BTC), Tron (TRX), and Tether (USDT) had been withdrawn from OKEx before the investigation was announced, according to Whale Alert.

As of now, it is unclear when the private key holder in question will be able to complete withdrawal authorization.

Casa CTO Jameson Lopp shared his criticism of OKEx's key management architecture since it evidently has a single point of failure:

"Read between the lines - OKEx has a single point of failure in their key management architecture, and it's currently failing."