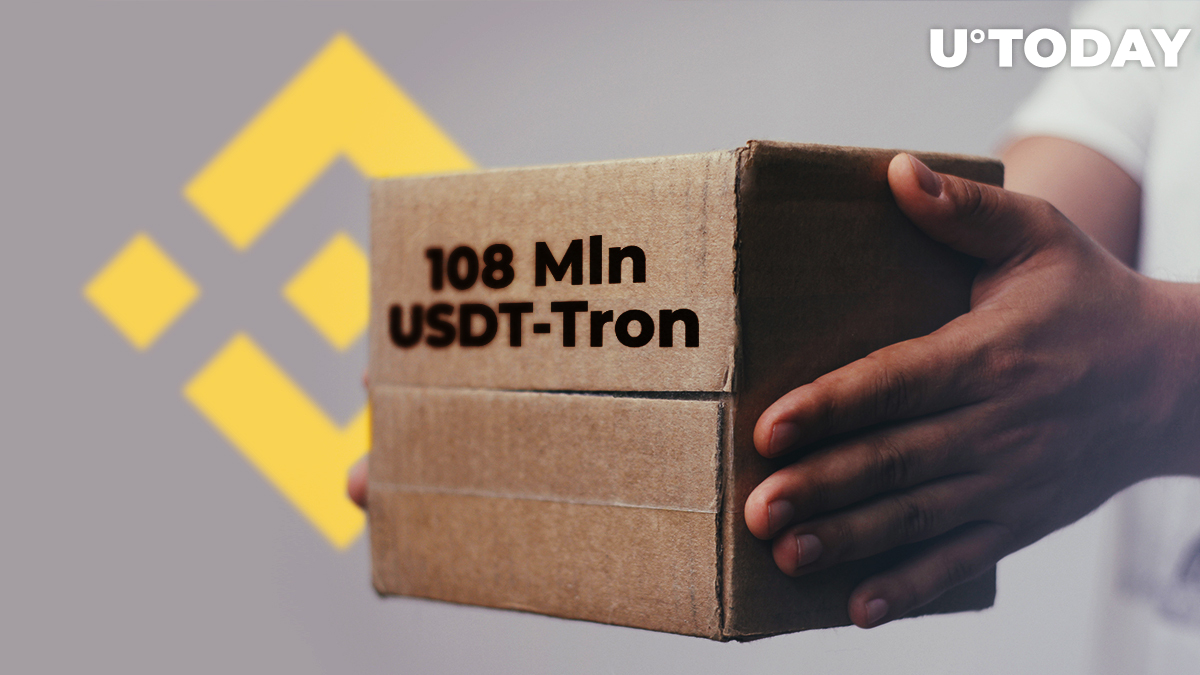 Bitcoin is preparing to breach the $10,000 resistance level. Meanwhile, Tether has printed another huge sum of its USDT stablecoin.

Many crypto community members believe that the popular dollar-backed stablecoin is closely linked to BTC price action and when Tether emits another hundred million USDT, or about that, some are expecting Bitcoin to surge while others say that USDT is not backed by any actual US dollars.

Several hours ago, the largest crypto exchange, Binance, received a gargantuan amount of USDT and Whale Alert tweeted that another big USDT amount - 120 mln - had been released.

This time, however, the USDT received by Binance was issued on the Tron blockchain.

Whale Alert spotted two mammoth-sized USDT transfers made to Binance addresses. The details of the transactions say that the coins were minted on the Tron blockchain.

The head of Binance, CZ, commented on them, apparently, trying to preempt negative comments in which users often accuse Binance and Tron of working together.

Still, CZ received replies in which Twitter users alleged that USDT is not actually backed by US dollars, calling this stablecoin a ‘scam’. 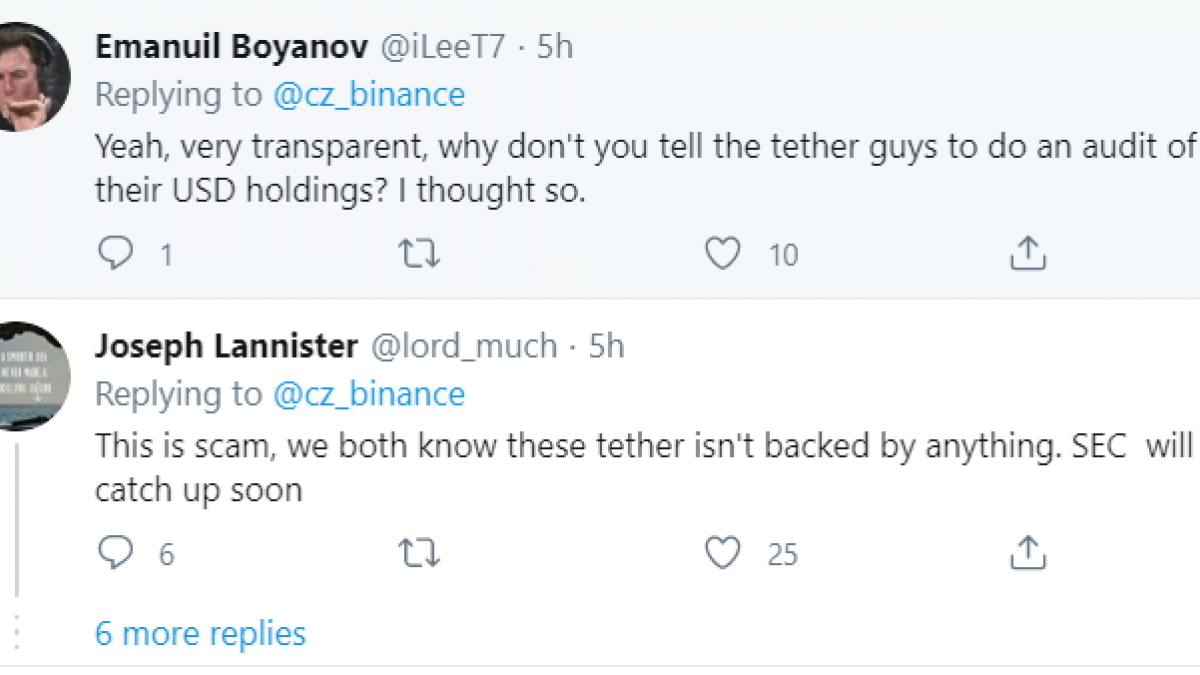 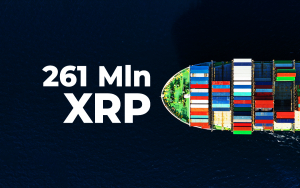 Earlier today, Whale Alert reported that 120 mln was released from the Tether Treasury. Users noted that Tether can actually print new USDT coins at will.

However, the Tether and Bitfinex CTO Paolo Ardoino stepped in, commenting that it was an inventory replenish on the Ethereum Network.

PSA: 120M USDt inventory replenish on Ethereum Network.
Note this is a authorized but not issued transaction, meaning that this amount will be used as inventory for next period issuance requests.

In their sarcastic comments, users have recently been comparing Tether to the Fed Reserve, hinting that the former is printing USDT non-stop, like the Fed is printing USD for the QE stimulus initiative.

Later on, 11 mln USDT was sent from the Tether Treasury to an unregistered wallet.

Here's What Will Support ETH's Value in the Future, Cameron Winklevoss States