Valeria Blokhina
Read about the latest events in the industry in U.Today’s news digest! 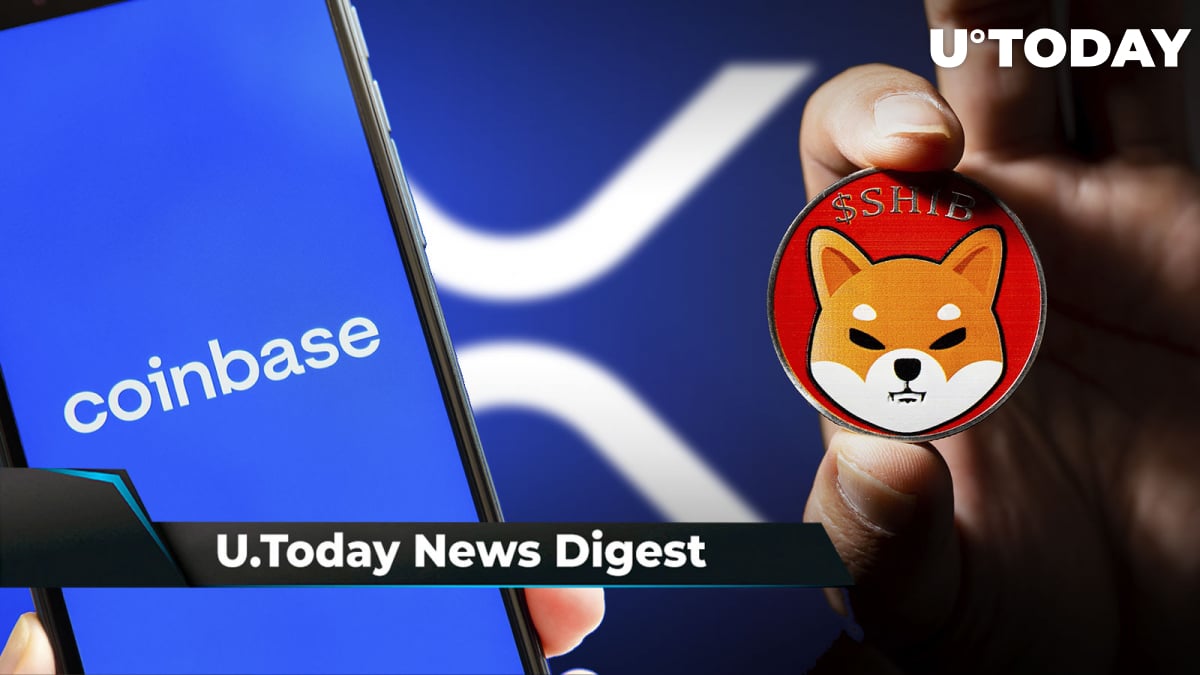 Let’s take a look at the major highlights from yesterday with U.Today’s top four stories.

This is why XRP is getting removed from Coinbase Wallet

On Tuesday, Nov. 29, the official Twitter handle of Coinbase Wallet announced that it will be removing support for several cryptocurrencies, such as XRP, BCH, ETC and XLM. The process will begin in January 2023, the tweet states. The reason behind Coinbase Wallet’s decision is low activity around these assets. The crypto community, and especially the members of the XRP community, had a mixed reaction to the news as it invoked memories of XRP's delisting from Coinbase itself a few years earlier, although the exchange went ahead with it then due to regulatory pressure. At the moment, XRP remains one of the largest cryptos with the eighth largest daily turnover of $1 billion, per CoinMarketCap.

As has been tweeted by BitPay crypto processor, SHIB holders will now be able to pay for Koenigsegg hypercars, Swedish luxury sport cars, with their beloved meme coin. This became possible thanks to BitPay’s collaboration with Exclusive Automotive Group (EAG), an Ashburn-based luxury car dealership. The agreement between the two companies allows EAG to accept a variety of cryptocurrencies, including SHIB, BTC, ETH and others supported by BitPay. Meanwhile, SHIB continues gaining traction: according to Coingate, the meme coin ranked as one of the most popular payment methods on the platform just one year after listing.

As stated in a recently filed status report by LBRY crypto start-up, it has been unable to reach an agreement with the SEC in terms of the remedies the regulator is seeking. LBRY has now requested a briefing schedule for the court to make a decision. According to James K. Filan, the SEC wants the start-up to acknowledge that every sale of LBC token is a security, which also includes secondary markets. Previously, LBRY lost its lawsuit against the SEC as the court found that the company was indeed offering its token as an unregistered security. Despite the fact that Ripple is in a similar situation, attorney John Deaton stated that the court’s decision does not mean that the company’s chances to win have diminished.

After accepting Dogecoin as a payment option back in July, Elon Musk’s The Boring Company has finally decided to fill up its list. As tweeted by Dogecoin Foundation designer @cb_doge, the company added e-payments giants Google Pay and Apple Pay to their payment methods. Thus, it appears that the centibillionaire puts Dogecoin payments on a par with the payment systems of these two monopolists. Meanwhile, Musk helped DOGE spike 15% over the weekend as he said he may create an alternative smartphone if the Twitter app gets pushed out of the Google and Apple app stores.