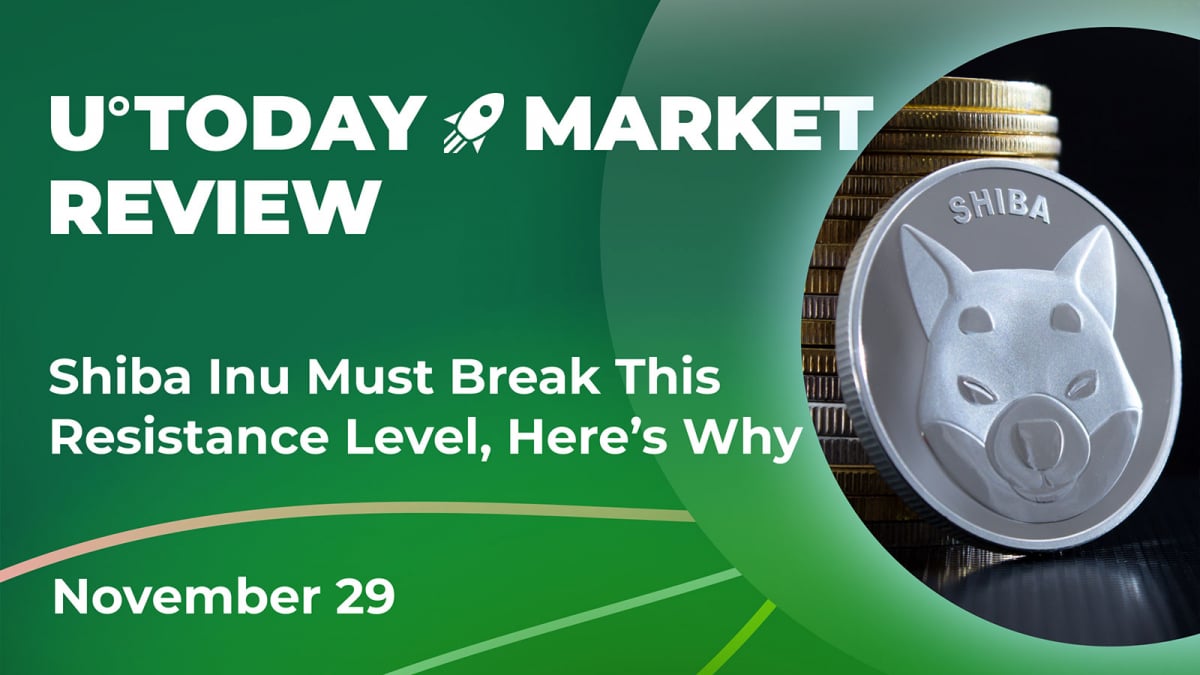 The rangebound on the market continues as the majority of assets remain in the neutral zone and show almost no volatility despite the positivity we saw last week. The most likely reason behind it is fears of investors and the expectancy of yet another plunge of the market.

The prominent memecoin that cannot catch up with its bigger brother, Dogecoin, seems to be in accumulation mode, according to its price performance in the last 20 days. SHIB has been moving in the narrow rangebound without any attempts to break through.

Without an upward move on the horizon, another plunge of the cryptocurrency market will send Shiba Inu to this year's lows, creating a dangerous dynamic for the meme token that might not recover after yet another bearish move.

The modest trading volume suggests that no major trades are being executed by traders due to fears of a downward volatility spike. On Nov. 10, Shiba Inu attempted to break through the local resistance level immediately after the FTX-fueled crash. Unfortunately, the lack of buying power led to the deceleration of the rally and a further reversal.

On the upside, Shiba's behavior on the market is similar to what we see on heavily accumulated assets. The increased activity of whales could be a confirmation of this thesis. As more funds leave centralized and decentralized exchanges and return to the wallets of whales, less selling pressure is on the shoulders of SHIB holders.

More uplifting market conditions and a healthy supply distribution on the network will become a strong fuel for SHIB's performance during the bull market, but foremost, the meme token has to survive the downtrend on the market.

XRP's performance in the last few weeks has been quite problematic as the cryptocurrency lost more than 10.8% of its value after a successful breakout from the ascending triangle.

Related
Ripple v. SEC: Some Timelines May Arrive Sooner, Here's What to Know

Technically, the successful pattern execution should have led to an accelerated recovery rally, but the lack of traction and unclear situation around the Ripple case led to the reversal and return below the upper border of the chart pattern.

Surprisingly, XRP found some strength to get back above the resistance of the triangle, but this has already been invalidated and yet another breakout will not lead to a volatility spike, hence leaving the 7th biggest asset on the market with a full performance.

Chainlink is notorious for its rebellious behavior on the cryptocurrency market: LINK quite often moves contrary to general tendencies on the market. It is the same story today: despite the depressing performance of the market, LINK has successfully gained more than 25% to its value in the last eight days.

However, the asset has reached the local resistance level, according to the Ichimoku Cloud indicator. The lack of trading volume and the overall state of the cryptocurrency market also herald LINK's upcoming correction.