Alex Dovbnya
After an unprecedented surge XRP is going downhill, falling by 10% over the last 24 hours. At the same time, Bitcoin shows great stability, but not everybody likes that 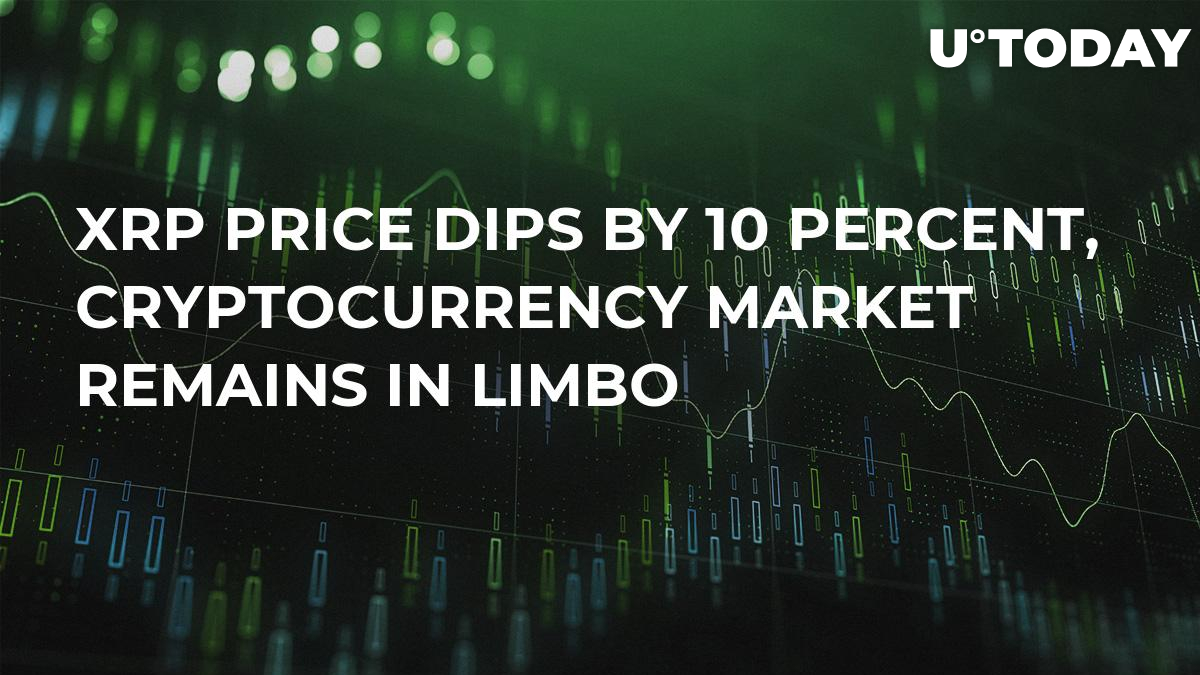 After an unprecedented surge XRP is going downhill, falling by 10% over the last 24 hours. At the same time, Bitcoin shows great stability, but not everybody likes that

Worst performing altcoin inside the top 10

XRP has recorded its biggest one-day loss since October 2 when the coin’s price plunged to $0.53. As a result of this bearish downtrend, the third biggest cryptocurrency has dropped below the psychologically important $0.50 mark for the first time since its historic September’s rally, sitting at $0.47 at the time of writing this article. During this week, XRP price has dropped by 18.7 percent.
On Sept. 21, XRP picked at $0.69, reaching its highest point since June. Subsequently, it pushed Ripple’s total market capitalization to $22.3 bln, which allowed XRP to briefly surpass Ethereum on CoinMarketCap. This negative trend pushed XRP’s market cap to $18.9 bln.

As of now, XRP is down more than 85 percent from its ATH set on Jan. 4 when the currency touched  $3.29. This dramatic swoon, however, didn’t prevent Chris Larsen from cracking Forbes 400.

Is Bitcoin getting boring?

While XRP is still keeping investors on the edge of their chairs, Bitcoin has been remarkably stable. In fact, the king of cryptocurrencies has recently reached its lowest volatility level in nearly two years. Over the last the week, Bitcoin has been trading in the mid-$6,000 range, failing to break out of the $6,800 resistance level. Even a slew of major announcements about TD Ameritrade and David Swensen finally embracing crypto didn’t trigger another bullish momentum.

Undeniably, the dwindling volatility is a good thing - the currency is maturing on the cusp of its tenth anniversary. Crypto defeatists would always criticize Bitcoin for its erratic price swings. However, this stability could also mean that the flagship currency is getting less exciting for investors, and they are losing interest in it. Still, the cryptocurrency market is too unpredictable to give long-term predictions about Bitcoin.

Meanwhile, other top altcoins remain in the red with minor losses.

Related
xRapid Goes Live But What Is It, And What Can It Offer?