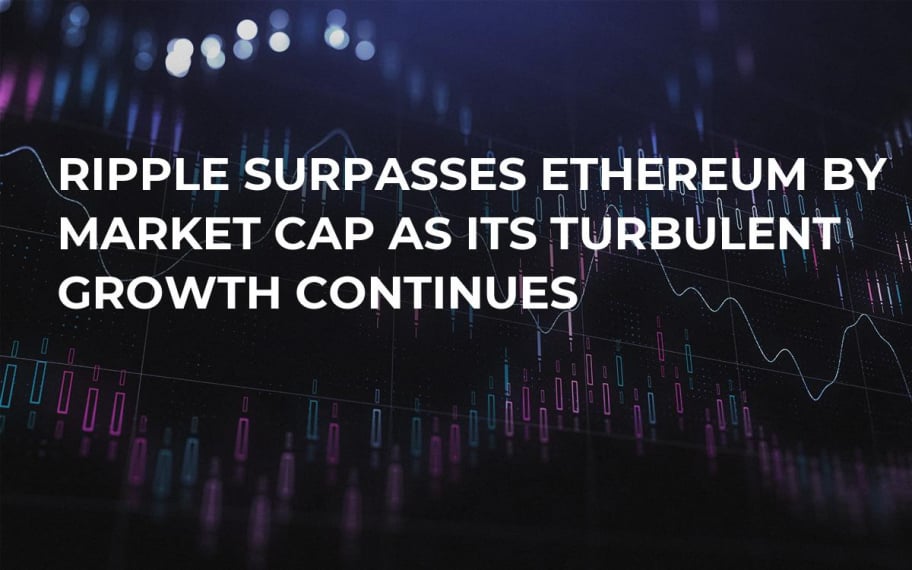 It finally happened: Ripple (XRP) is now the second biggest cryptocurrency by trading, overtaking Ethereum (ETH). The currency has gained over 113 percent during in less than a week giving Ripple proponents a major reason to celebrate. Shortly after that, Ethereum regained its second place, but now Ripple is in the second place again at the press time.

Related
Ripple Will Not Be Next Bitcoin, But That’s Not Bad

Will this major rally show longevity?

The irony is that Ethereum co-founder Vitalik Buterin recently mentioned that crypto market is nearing its ceiling and huge growth is impossible. However, Ripple proves otherwise, overtaking Vitalik’s creation after a week-long rally. At the time of writing this article, Ethereum briefly reclaimed its number two ranking, but Ripple has risen again to the second place.

Indeed, the idea that any major cryptocurrency would be recording gargantuan gains after the market crash happened would sound absurd just a week ago. Now, even the possibility of Ripple reaching its all-time high of $1 doesn’t seem to be too far-fetched. At the time of writing this article, Ripple’s price is currently sitting at $0,58 while its market cap has already surpassed $22.3 bln.

Many are speculating that this price increase might be attributed to the fact that banking instructions are starting to adopt its new cryptocurrency project xRapid. This product will allow seamlessly sending any fiat currency abroad by exchanging it for XRP.  As U.Today reported earlier, more than 120 adopted its previous product.

What’s next for Ethereum?

Ethereum has been the second largest currency in the world for a long time. Once being the most innovative project on the market and the first contender to overtake Bitcoin in a hypothetical flippening scenario, it now slides to third place after XRP’s unprecedented surge.

Over the last two month, Ethereum was also on the verge of dipping below $100 due to the dwindling interest in ICOs and the growing competition, but the third largest currency (as of now) on the market somehow managed to avoid the double-digit territory, slowly picking up steam during the XRP-fueled market momentum. Bitcoin, the flagship cryptocurrency, has also witnessed a 4.6 percent price spike over the last 24 hours.

Related
The Next Ethereum For Securities? Past-ICO Review
#Bitcoin