xRapid Goes Live But What Is It, And What Can It Offer?

Darryn Pollock
xRapid is now commercially available from Ripple Labs, and the expectation is it could send XRP token price skyrocketing, but what is rapid offering? 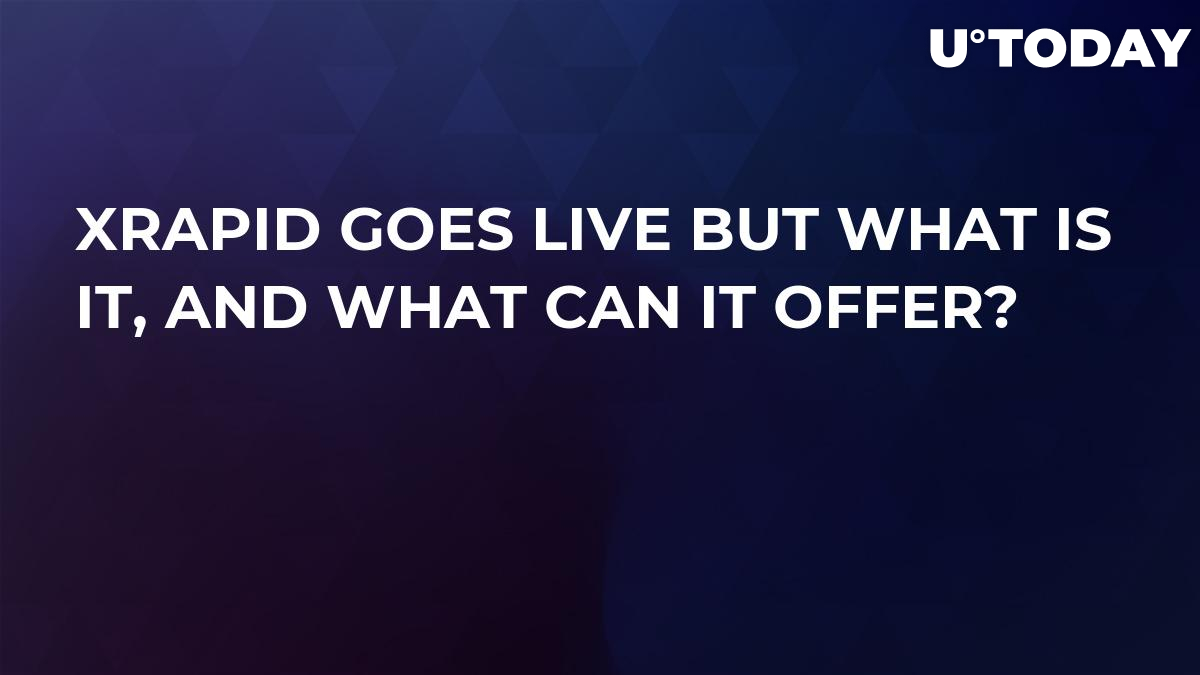 Ironically enough, as Ripple Labs announced that its much-anticipated product, xRapid had become commercially available and has picked up a few clients, XRP price dropped a few percent. Nevertheless, the third-biggest cryptocurrency by market cap, which snuck into second spot once or twice in the run-up to this announcement, has been surging on the news of xRapid.

But, is the hype surrounding xRapid warranted? While the XRP token suffers from polarizing views in the cryptocurrency space, it is important to view the new move free of prejudice and determine what it is, and what it can offer this nascent space.

The main idea behind xRapid is that it is supposed to make cross-border payments far easier, cheaper and quicker. This is an area of banking that is ripe for disruption via the Blockchain, and it is well within Ripple’s wheelhouse.

Ripple and XRP have always been bank facing, and as such, their biggest challenge is to try and get banks on board. With their previous product, xCurrent, they managed to build about 120 partnerships with banks, and now under xRapid, they have recently announced some more partnerships.

xRapid was announced as live on Monday, and with that announcement came three payment firms who had bought into the new Blockchain product. Cuallix and Mercury FX, are the payment service providers and Catalyst Corporate Federal is a credit union. These financial institutions seem to be the foundation for the pilot phase of xRapid.

Still, a long way to go

While xRapid can boast about three relatively obscure payment firms jumping on board with their new product, it must be understood that the use of xRapid will still very much be in a testing phase at the highest level.

Still, it is an important gap in the market which cryptocurrencies can fill, and with XRP and Ripple targeting banking and their need for better global inter-bank transfers, the starting point is becoming more established.

Its application is being taken up with some interest as even the Kuwait Finance House (KFH) was reportedly eyeing out joining xRapid. KFH is the first country’s institution to test Ripple-based DLT transaction, so with its plans to integrate the xRapid system for fast and secure transnational payments in the future, it is clearly trying to open some new and exciting doors.

This is the first time that XRP will be used in commercial application by financial services firms, and is seen as a critical milestone in Ripple's bid to make cryptocurrencies and the underlying Blockchain technology a part of the financial mainstream.

Is Ripple the right one?

Ripple has gained a poor reputation from the cryptocurrency purists who believe that the token, which is owned by Ripple Labs, is not a true decentralized currency but rather a controlled asset. However, despite this viewpoint, it is also part of the reason why it is well regarded by regulators.

Of the 100 bln XRP tokens in existence, Ripple owns 60 percent. But the company has kept 55 bln tokens locked up in an escrow account, to "create certainty of XRP supply at any given time." That means it only has access to 13 percent of the digital currency, according to Ripple.