Trader and Economist Mark Dow: Stay Away From Crypto In General 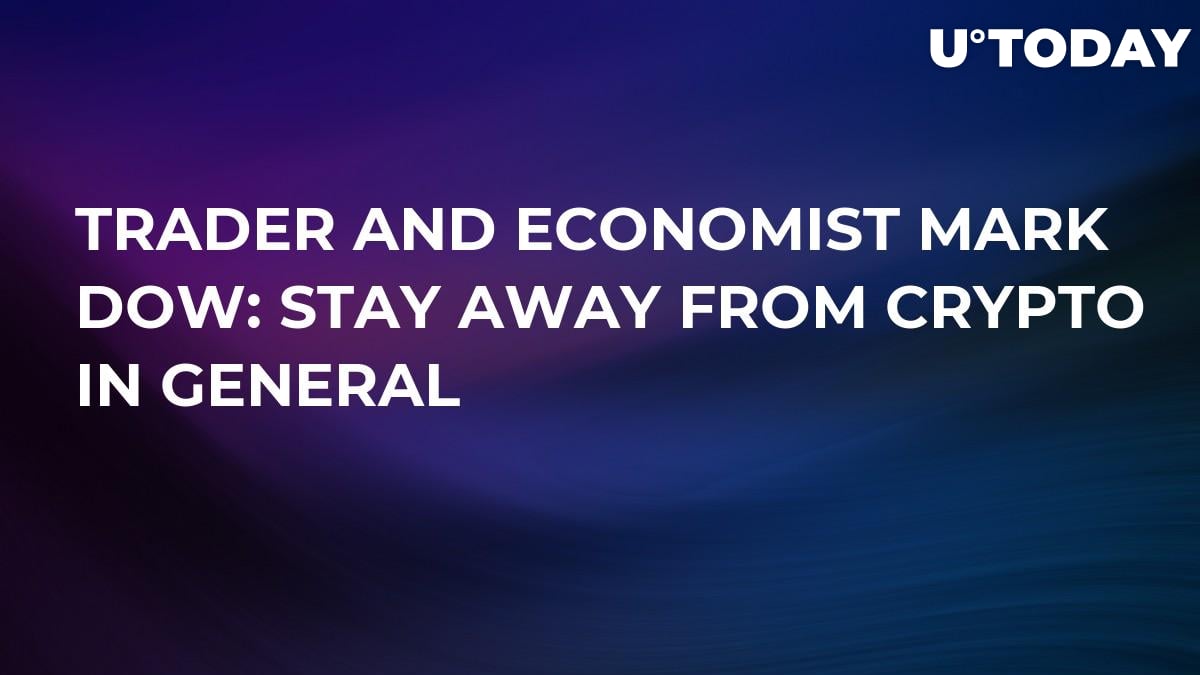 Former economist of International Monetary Fund and hedge fund manager Mark Dow, received a message from his relative. Investment veteran was asked about Cradano (ADA) cryptocurrency. And here is what he answered.

Relative of Mr. Dow infromed him that he is going to invest in Cardano (ADA) cryptocurrency. But firstly, he decided to ask the professional about Cardano (ADA) investment prospects. Mr. Dow was adamant about it.

Mark Dow is sure that Cardano (ADA) cryptocurrency is a scam and should be avoided as an investment tool. He even advised his relative againist it.

Stay far away from crypto!

Mr. Dow also recommended not to treat cryptocurrencies as a reliable investments at all. He supposes it's better to stay away from crypto in general 'as far as you can'.

At printing time, this tread in Twitter is full of crypto advocates shilling Ripple (XRP) and Bitcoin (BTC).