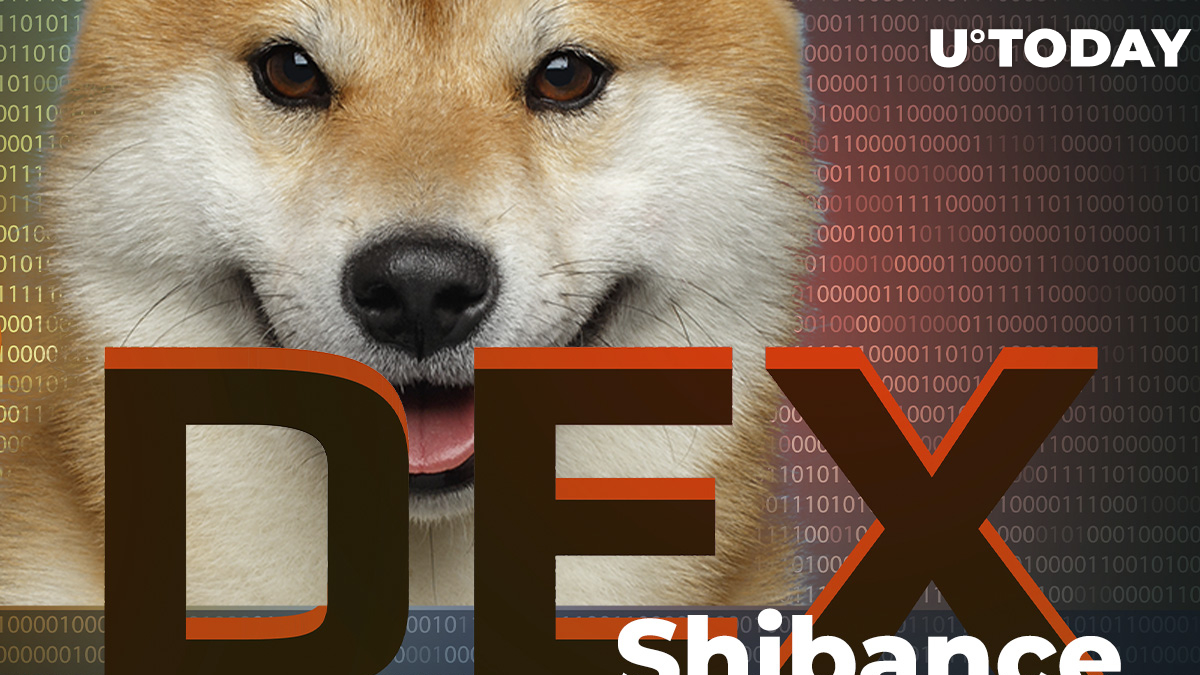 According to the press release shared with U.Today, Shibance (WOOF) meme-themed platform launched on July.1, 2021.

Decentralized exchange has rolled-out as an inaugural release of Shibance (WOOF). Post launch, farming rewards in WOOF tokens will be distributed in partner-driven pools. WOOF staking to generate more WOOF will be available on launch.

Very soon, the project will also launch WOOF lotteries and weekly votings for meme tokens. Winners will be eligible for farming reward initiatives.

Also, Shibance (WOOF) is going to turn cross-chain with support of multiple networks  besides Binance Smart Chain. Upon review of the road map, NFT-focused farming/releases are scheduled as the platform develops further.

Finally, the team hints at the upcoming release of FLOOF, a top secret side project with no further details.

To be listed on Shibance, a project needs nothing but providing liquidity to a purpose-made pool. No permission from the Shibance team is required. Traders can find a token via its BSC-specific contract address.

At the same time, new projects are added to the ‘Default’ section only. Early-stage teams can’t have their tokens included in the ‘Approved’ section. This determines the ability for generating WOOF tokens by providing liquidity in said token.

WOOF pools in the Shibance ecosystem should be referred to as a way of distributing projects’ tokens to BSC users who stake WOOF in the Doggy Pound, a liquidity aggregator on Shibance.

Therefore, when a project provides its tokens for a Doggy Pound pool, a dedicated liquidity farm is created. To ensure the transparency and fair assessment of the products, the requests for

WOOF pools with specific tokens should only be submitted via an official application form.

This design allows Shibance to implement a novel scenario for decentralized tokensale dubbed the Initial Woof Offering. Listed tokens can be obtained with WOOF-BNB LP tokens. Once the tokensale is closed, all WOOF tokens generated are burned.

Just like with WOOF pools, all requests for IWOs should be submitted via the application form.

Projects can rely on Trust Wallets (TWT) collection of logos and icons to display their tokens in the Shibance dashboard. Trustwallet (TWT) is an open-source multi-currency crypto wallet.

To facilitate the growth of promising projects across Binance Smart Chain ecosystem, Shibance introduces it’s fast-track partnership program. Within its framework, projects can get a promotion as well as rewards for the liquidity provided to Shibance’s pools.

It takes only three steps to apply for participation in Shibance’s fast-track partnership program.  First, the team should sign up to the program and provide liquidity to Shibance. Shibance WOOF-LP’s tokens should be available on the project's page.

Then, Shibance evaluates the project and, if passed, it will get included into the Pupper Academy Program. To be enrolled, the project is required to have been functioning for at least two weeks. The project also requires a valid audit from a recognised provider.

Finally, the project launches a full-stack liquidity pool on Shibance and becomes an official Shibance Grown-Pup. All Grown-Pups can receive additional support in WOOF to boost marketing efforts. Also, the participants of the Pupper Academy can collaborate between each other to enter crucial partnerships.

The graduation from the academy is verified by an exclusive non-fungible token minted by Shibance.

Both new and existing projects can apply for the Pupper Academy. Any project that is already functioning can simply move its liquidity to Shibance pools.