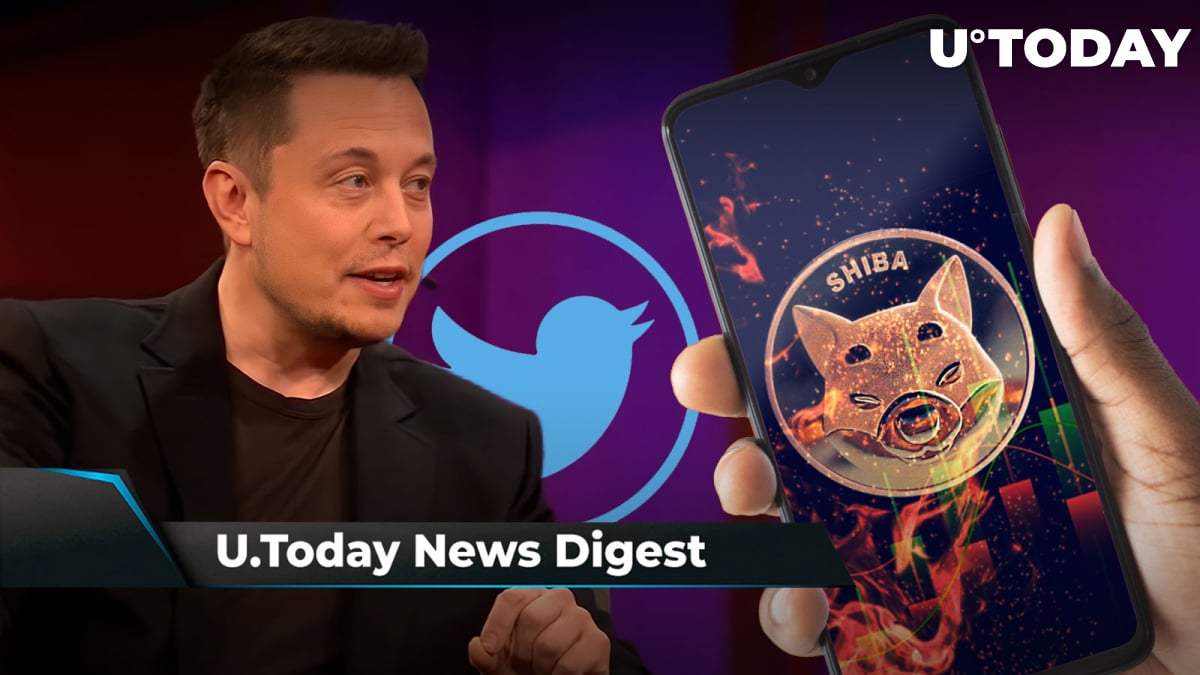 According to the Shibburn tracking platform, yesterday, the Shiba Inu burn rate surged by a whopping 1,017% compared to the previous day, when merely 6 million SHIB were burned. As of now, the SHIB army has sent to dead wallets a total of 26,071,726 meme coins. The rise in the burn rate happened ahead of the official "Download Day" for the recently released SHIB game, called Shiba Eternity, on Oct. 6. As reported by U.Today, the game has gone live across the world today on both Android and iOS devices, as planned. Besides, SHIB saw a 4.3% spike in value yesterday (along with DOGE meme token), after Elon Musk announced that he wants to reconsider his purchase of Twitter. However, later on, SHIB dropped 3.01%.

XRP will soon be adapted by entire world, I use it every day: US record producer E-Smitty

Eric Finnerud, also known as E-Smitty among professional musicians, has tweeted that Ripple-affiliated token XRP will soon be adopted by the entire world, praising the said cryptocurrency. The record producer wrote that he uses XRP every day to pay royalties to the artists he works with, and he also accepts payments in XRP for mixing, mastering, producing and marketing. E-Smitty then listed the advantages of XRP he most enjoys, such as “3 second transactions” and “very little fees,” while also calling the token in question “the Standard.” Therefore, Finnerud is certain that, in the near future, XRP is going to be adapted by the whole world.

Dogecoin up 10% as Elon Musk returns to Twitter purchase deal, what's next?

Centibillionaire Elon Musk decided to return to the deal to buy Twitter. Musk revealed his intentions weeks before the two sides were set to face off in a trial over the abandonment of the original plans. The Tesla CEO is still ready to buy Twitter at the price he proposed previously: $44 billion. As for the company itself, it is fit to accept the billionaire's offer, as announced by the official account of the social network. The news made the Dogecoin meme token finish the day up 10% as Musk once mentioned that he is considering introducing DOGE payments to the social media giant in case the deal is secured.

1.06 trillion SHIB moved to Coinbase as SHIB goes up 5%, are whales selling?

Per Whale Alert’s report, yesterday, whales moved large chunks of Dogecoin and Shiba Inu. The tracking service spotted two massive amounts of the aforementioned coins: 1.06 trillion SHIB and 449 million DOGE were shifted by whales from anonymous wallets. The whopping trillion Shib tokens were sent to the Coinbase exchange, most likely to be sold. Meanwhile, Dogecoin saw a 9% increase in value, according to CoinMarketCap. Santiment analytics agency suggests two reasons for this: whale transactions and the funding rate going up substantially. In addition to this, both meme coins rose (Shiba Inu went up nearly 5%) on the news of Elon Musk deciding to reopen his purchase deal with Twitter.