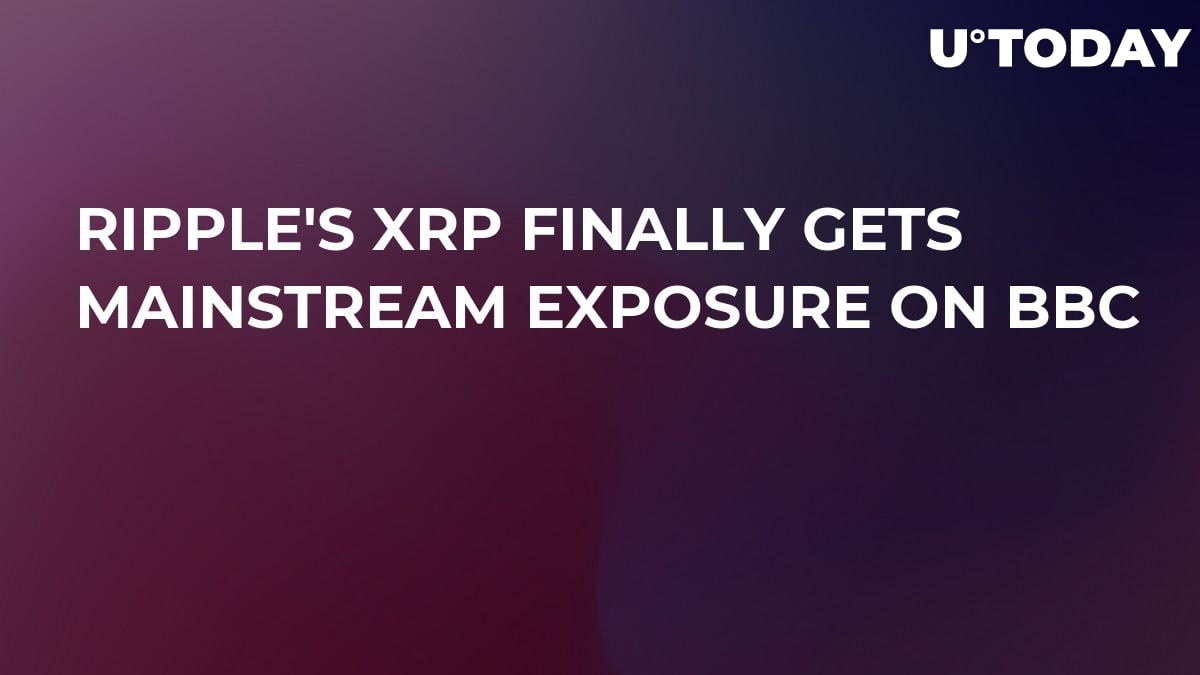 Great to see XRP and @Ripple on the BBC!! @digitalassetbuy pic.twitter.com/STkoIlrsuC

During a recent episode of "Worklife," the program that is devoted to discussing the latest business updates, XRP was presented as a viable solution for expensive and inefficient transactions that can take days.

"Right now, if you are making a cross-border transaction, it is really time-consuming. Clearing and settlement take days," said Nathalie Oestmann, the COO at Curve.

Oestmann states that Ripple can fix the inefficiencies of the global payment system by providing businesses with an opportunity to do transactions in a much faster way.

"Ripple, who produces the XRP cryptocurrency token, is producing some commercial opportunities for companies to do cross-border exchange, removing the multiple-day process and hangovers."

Oestmann also states that the digital asset is very volatile and not yet proven. However, Ripple CEO Brad Garlinghouse claimed that money transfer giant SWIFT was less stable than the company's native token. It takes only a few seconds to settle an XRP transaction, a world of difference from two or three days business days needed for a SWIFT payment transfer.

The third biggest token is no stranger to mainstream media. As reported by U.Today, Garlinghouse made an appearance on CNN back in September where he talked about the pace of XRP's adoption as well as many controversies that surround Ripple.