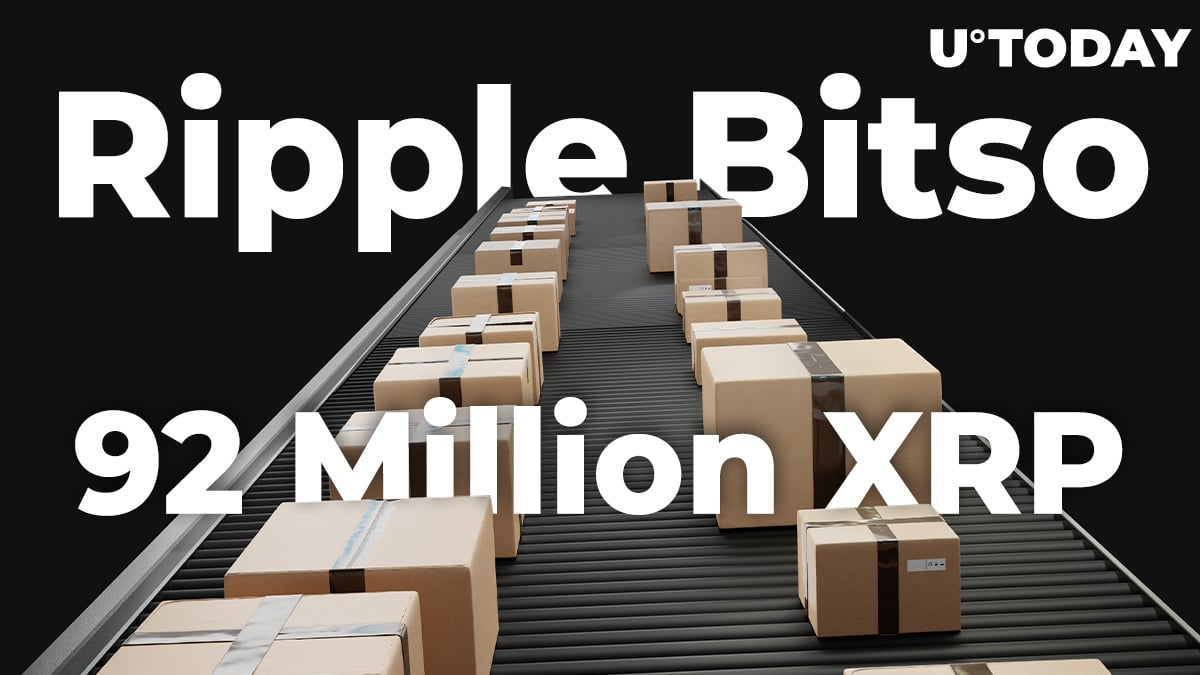 Over the past 17 hours, Ripple, its ODL partner Mexico-based Bitso and several other crypto trading platforms have shifted a gargantuan amount of 92 million XRP tokens.

Part of this sum was sent by Ripple to Bitso. This happened after the news of Bitso acquiring crypto exchange Quedex.

Whale Alert crypto tracker spreads the word that, over the past 17 hours, it has detected four transactions, carrying a total of 92 million XRP.

Apart from Ripple and Bitfinex, such crypto trading giants as Binance, BitGo and Bitfinex were involved in these transfers. These details have been provided by the Bithomp XRP analytics website.

BitGo is a platform that, aside from trading, offers crypto custody services to financial institutions and provides a custodial wallet for the Ripple crypto decacorn.

Earlier, U.Today reported that, in the past few days, Jed McCaleb—who helped Chris Larsen to found Ripple back in 2012 (when it was known as OpenCoin)—had withdrawn approximately 40 million XRP from his "tacostand" wallet to sell.

On Thursday, it was reported that Mexico-based crypto exchange Bitso had acquired Quedex. This platform focused on crypto derivatives trading is located in Gibraltar and regulated by local authorities.

Last December, Bitso raked in an eye-popping $62 million from Coinbase Ventures and Pantera Capital to expand into new markets and build new services.

The commercial conditions of the deal between Bitso and Quedex were not disclosed to the media.

Bitso plans to use the low-latency trading engine of Quedex and its infrastructure.

The Mexico-based platform also plans to roll out in Brazil and surrounding territories. Besides, customers have been asking Bitso to launch new products, such as crypto futures contracts, options and leveraged trading.

The fifth-largest cryptocurrency, XRP, has been on a slow rise for two days already. On Feb. 10, it began growing from the $0.46 level and has surged by 25 percent, now trading at $0.58.